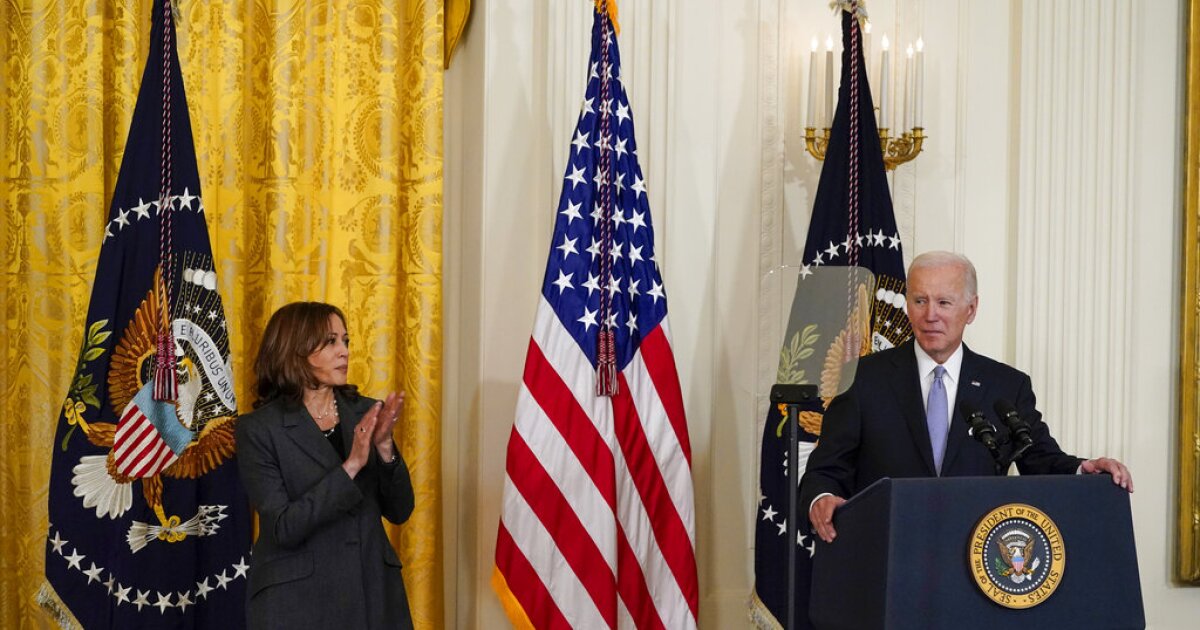 President Joe Biden tore into Republicans for failing to back legislation to reform policing, attempting to thread a politically delicate issue for Democrats as crime ticks upwards nationally.

President Joe Biden tore into Republicans for failing to back legislation to reform policing, attempting to thread a politically delicate issue for Democrats as crime ticks upwards nationally.

The signing comes two years after the murder of George Floyd at the hands of Minneapolis police officers. National protests on policing and race soon prompted Democrats to push for policies that called for overhauling law enforcement oversight and spending.

During a ceremony at the White House on Wednesday, Biden said his new order would “deliver the most significant police reform in decades,” launching an appeal to members of his party frustrated by the lack of congressional action. The president then blamed Republicans who “opposed any real, meaningful reform.”

Moments earlier, Vice President Kamala Harris attacked Senate Republicans for failing to back the Democrats’ police reform bill that she helped author while serving in the Senate.

“They walked away from their moral obligation to address what caused millions of Americans to march in the streets,” Harris said in reference to the mass protests that erupted around the country in the summer of 2020.

Those protests sparked a push to defund the police, tying Democrats to an anti-law enforcement message. Democrats have largely drifted from this, but efforts to hamper policing could make the party susceptible to criticism as crime increases and could snarl centrists looking to hold on to narrow majorities in November. An earlier draft of Biden’s order drew condemnation from police groups.

Lawmakers failed last year to secure a bipartisan compromise on police reforms, including a push to make it easier to hold officers criminally accountable for misconduct, as violent crime increased in U.S. cities.

Biden’s order draws from the legislation by directing law enforcement agencies to modify their use-of-force policies, ban chokeholds, and restrict the transfer of “battlefield” military equipment to precincts. It also creates a national database for officers fired for misconduct and new reporting mechanisms for deadly force incidents.

During the ceremony, which was attended by Attorney General Merrick Garland, law enforcement members, and civil rights leaders, Biden argued that police personnel should find favor with the new rules.

“I don’t know any good cop who likes a bad cop,” Biden said.

But Democrats’ political opponents see a new opportunity to tie the president and his party to an anti-law enforcement message amid surging crime.

“Democrats embraced a radical, anti-police agenda, and Americans are seeing the consequences as crime soars nationwide,” said Calvin Moore, communications director for the Congressional Leadership Fund, a GOP-affiliated super PAC. “Even as communities grow more dangerous by the day, Democrats are doing everything in their power to make it harder for law enforcement to do their jobs.”

Moore argued that the order would restrict funding for local law enforcement at a time when crime is ticking upward, withhold equipment from officers, and make it harder for police to defend themselves in the line of duty.