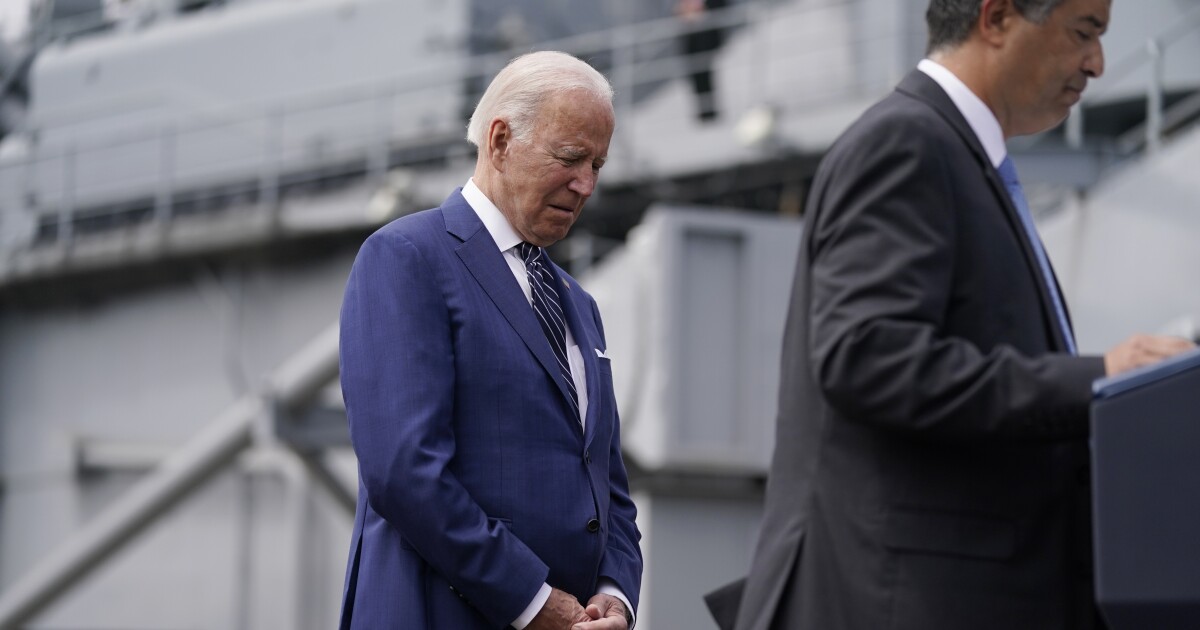 But as Biden and his aides spin the economic data, he risks being perceived as insensitive before the 2022 midterm elections, in contrast to his empathizer-in-chief political persona.

The politics complicating the economics are “terrible,” according to the Bipartisan Policy Center’s Senior Vice President Bill Hoagland. The Biden administration’s emphasis, for example, on core inflation, which does include food and energy prices in its calculation, continued to increase by 6% compared to the last year ending in May, he said.

“They’re in a tough position to use the core because the average person, the average consumer out there, doesn’t think in terms of core,” Hoagland told the Washington Examiner. “Those are basics for them.”

Hoagland, a longtime Senate Republican staffer and budget expert, predicted this would be a “tough” summer for the public. As such, he advised the Biden administration against citing pandemic savings as an inflation cushion, particularly because the last personal consumption expenditures index found a “drop” in the savings rate.

“That is wiping out a huge amount of wealth,” he said. “When the stock market moves by this amount, that has an influence on how people feel.”

For Lachman, an economist who has worked for private investment banks and public international organizations, inflation “hits hardest those who are at the bottom of the rung,” consumers who are less likely to engage in an economics debate.

“When they go to the polls, they’re not going to ask who caused this. They’re just going to be very angry that something’s out of control, that prices are very high,” he said. “They just know that they’re hurting very hard.”

Lachman called on the Biden administration to take responsibility for its role in contributing to inflation through the roughly $2 trillion American Rescue Plan, which he described as ill-timed and poorly targeted. Lachman accepted the president and his staff could not help some contributory factors, but he asserted they have also been “highly irresponsible” despite “this string of bad luck.”

“For them to say that they had nothing to do with it, I mean, it just stretches credulity,” he said.

While recognizing the economic pain, Biden apportioned part of the blame to Russian President Vladimir Putin and corporations such as ExxonMobil during a speech in Los Angeles after the Bureau of Labor Statistics reported the Consumer Price Index rose by 8.6% in the 12 months ending May, the worst rate since 1981. The American Automobile Association updated its nationwide gas price average to $4.99 on Friday as well.

After promoting promising unemployment numbers and bolstered supply chains, Biden misstated, too, that core inflation had “moderated” and “come down” during the last two months.

“Because of the progress, America can tackle inflation from a position of strength unlike any other country in the world,” he said. “But make no mistake about it: I understand inflation is a real challenge to American families.”

Hoagland, who argued that the American Rescue Plan is “past history” and was proposed before the Russia-Ukraine war, agreed the unemployment figures could be a “benefit” in the case of a “hard landing” where economic growth slows amid anti-inflation measures.

At the same time, Lachman did not have misgivings with respect to criticizing the Federal Reserve and Chairman Jerome Powell.