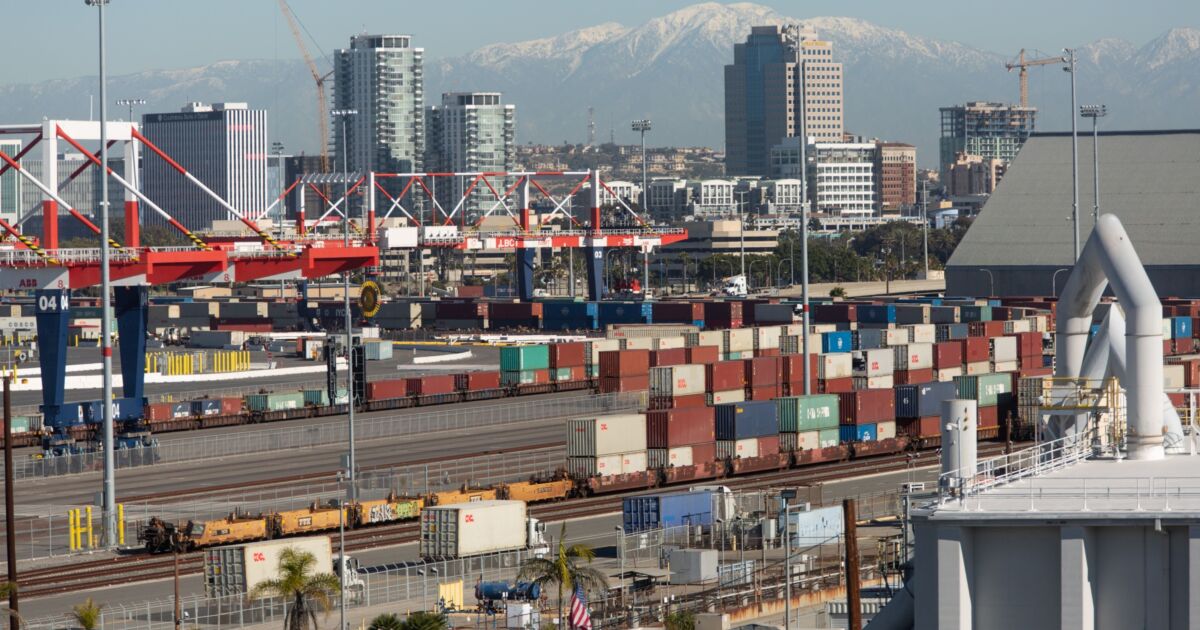 President Joe Biden said the White House is actively reviewing whether to lift tariffs on Chinese goods as a tool to ease inflationary pressures as it searches for new ways to combat rising prices.

President Joe Biden said the White House is actively reviewing whether to lift tariffs on Chinese goods as a tool to ease inflationary pressures as it searches for new ways to combat rising prices.

“We’re discussing that right now,” Biden said on whether he planned to lift tariffs on goods imported from China to reduce inflation. “We’re looking at what would have the most positive impacts.” He said a decision had not been made.

Speaking at the White House on Tuesday, Biden acknowledged that the public is losing patience. New consumer price data Wednesday are expected to show increased inflation through April.

“They’re frustrated,” Biden said of people contending with the spike in costs for gas and everyday goods. “I don’t blame them.”

Last week, the Biden administration initiated a legally required review of the tariffs that former President Donald Trump imposed on some $370 billion worth of Chinese goods under Section 301 of the Trade Act of 1974. Trump imposed the first wave of tariffs to pressure China to halt what officials described as the use of unfair trade practices and theft of U.S. intellectual property.

Inflation, which has pushed annual consumer prices up by more than 8%, has become a growing political liability for the president as the midterm elections near. At 2.5% when Biden took office, the rate has hit a new 40-year high
. This has put domestic political considerations in conflict with longer-term geopolitical goals concerning China.

In a CNN/SSRS poll published Monday, 81% of people said the government was doing too little to address inflation, a nine percentage point increase since December. Half named the economy the most important issue facing the country, up from 36% last November.

Fewer than a quarter rated the economic conditions as even somewhat good, a collapse from 37% in December and 54% in April last year. The last time voters rated the economy this poorly was January 2012, at 18%, according to the poll.

Meanwhile, Democrats and top Biden officials have pitched a tariff rollback as a response to inflation as Biden attempts to wrest control of the surge in prices.

“For product categories that are not implicated by [supply chain] objectives, there’s not much of a case for those tariffs being in place,” Singh said during an event hosted by the Bretton Woods Committee. “Why do we have tariffs on bicycles or apparel or underwear?”

Jason Furman, a former economic adviser to President Barack Obama and senior fellow at the Peterson Institute for International Economics, said lifting tariffs “would be the biggest step” Biden could take.

“I’d love to see them lift most of the tariffs that President Trump imposed,” Furman told MSNBC on Tuesday. “That would bring down inflation directly, would increase competition and the economy and indirectly, and bring down prices even more.”

Colorado Gov. Jared Polis, a Democrat, said the most significant action Biden could take to reduce costs “is eliminate tariffs and finally get immigration reform done.”

But others, such as Rep. Tim Ryan (D-OH), who is running for Senate in a key Rust Belt battleground, say ending the tariffs is not the solution. Ryan used his first television advertisement to criticize decades of trade policy with China, telling voters that Washington has it all wrong. “It’s us vs. them,” Ryan says in the spot.

Policymakers, Ryan says, “promised us higher wages and lower prices. … Instead, we got pink slips and now price increases.”

“China repeatedly violates the rules of international trade and unapologetically steals and cheats in its economic relationship with the United States,” Sen. Josh Hawley (R-MO) wrote her in a letter
. “To cut tariffs at this juncture would be a strategic blunder.”

The divide underscores the challenge for Biden as he seeks to make good on his promises to protect American jobs.

Tai last week responded to the calls for tariff cuts to ease inflation saying these were under consideration but would need to align with the administration’s broader trade goals.

In remarks at the Milken Institute, a California-based economic think tank, Tai said that while “all tools are on the table,” Washington should focus attention on its longer-term ambitions.

While the White House has largely elected to keep tariffs in place, that could soon shift.

Asked Tuesday how the White House plans to proceed, Biden’s press secretary appeared to suggest new actions on the horizon.

“We already announced some tariffs that we were lifting back in March,” Jen Psaki said. “It’s been an ongoing review, and we expect to do more.”

Biden acknowledged the inflation crisis even as he argued that his economic proposals have helped reduce the deficit and lowered unemployment.

“I know that families all across America are hurting because of inflation,” Biden said at the White House on Tuesday. “I want every American to know that I am taking inflation very seriously, and it is my top domestic priority.”