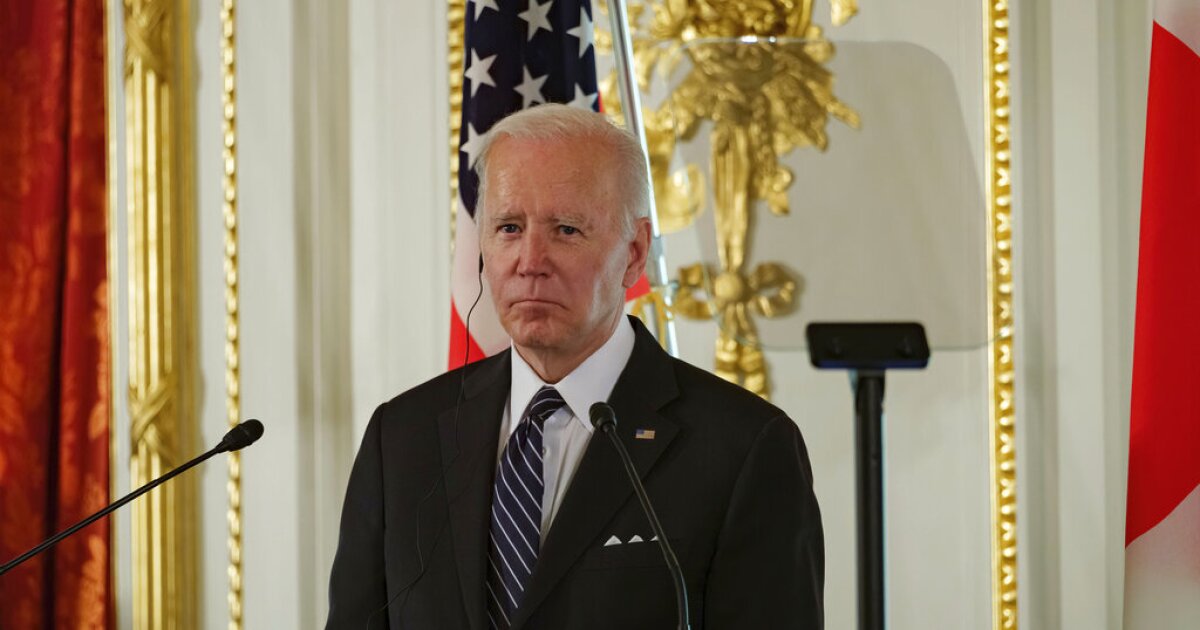 Biden responded “yes,” during a news conference with Japanese Prime Minister Fumio Kishida in Tokyo when asked by a reporter if he would “get involved militarily to defend Taiwan” if it were attacked by China.

“That’s the commitment we made,” the president added.

The president also noted that it is not “appropriate” for China to take Taiwan by force despite U.S. support of the “One China policy,” which acknowledges, without endorsing, China’s claim to the island nation.

“Look, here’s the situation,” Biden told reporters, “We agree with the One China policy. We signed on to it, and all the attendant agreements made from there, but the idea that it can be taken by force, just taken by force, is [just not] appropriate.”

Biden’s remarks Monday echo a statement he made last year that was later walked back by the White House.

A Republican college student asked Biden in October of 2021 whether he would vow to protect Taiwan. “Yes and yes,” Biden responded.

“Military, China, Russia, and the rest of the world know that we have the most powerful military in the history of the world,” Biden continued. “Don’t worry about whether they’re gonna be more powerful. What you do have to worry about is whether or not they’re going to engage in activities that will put them in a position where they make a serious mistake.”

“The President was not announcing any change in our policy and there is no change in our policy,” a White House spokesperson said in response to Biden’s October 2021 statement. “The U.S. defense relationship with Taiwan is guided by the Taiwan Relations Act. We will uphold our commitment under the Act, we will continue to support Taiwan’s self-defense, and we will continue to oppose any unilateral changes to the status quo.”