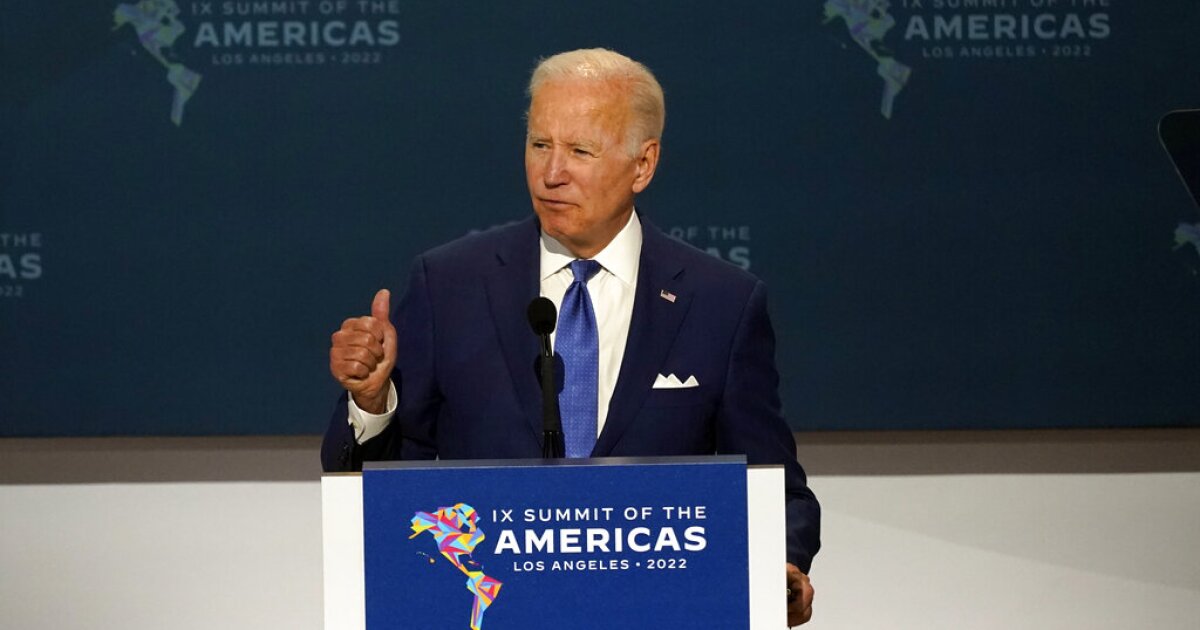 Now running at a four-decade high, inflation has become a political challenge for Democrats and Biden after his administration downplayed the issue for months. The White House expects elevated headline inflation in new data Friday, warning this week that core inflation would also likely show the effects of higher fuel costs.

Speaking at the Port of Los Angeles on Friday, Biden will argue that the United States is well-positioned to tackle inflationary pressures thanks to low unemployment, job growth, an increase in savings, and deficit reduction brought on by his administration’s policies.

His remarks will also address his administration’s efforts to clear congestion at major ports, which increases the cost of moving goods through supply chains. A White House official previewing Biden’s remarks on Thursday said 40% fewer containers were backed up at the port’s dock for extended periods compared to last November.

The president will meet with the port’s director, Gene Seroka, and the Port of Long Beach’s director, Mario Cordero. He is in Los Angeles to host the Summit of the Americas and meet with Latin American leaders.

On Thursday, Biden renewed a push for House lawmakers to pass the Ocean Shipping Reform Act of 2022, a bill that would increase the authority of the Federal Maritime Commission to probe shipping carriers’ business practices and apply enforcement measures. The president tweeted a pre-recorded video that showed him speaking with CEOs.

Biden’s press secretary said Wednesday that while inflation would likely remain elevated in Friday’s price index data, the administration is confident “that the economy can transition … to stable, steady growth and inflationary pressures moderating.”

The Consumer Price Index for April grew 8.3%, down from 8.5% in March. The May data are expected to influence the Federal Reserve’s decision on whether to raise its key interest rate during its June meeting next week.