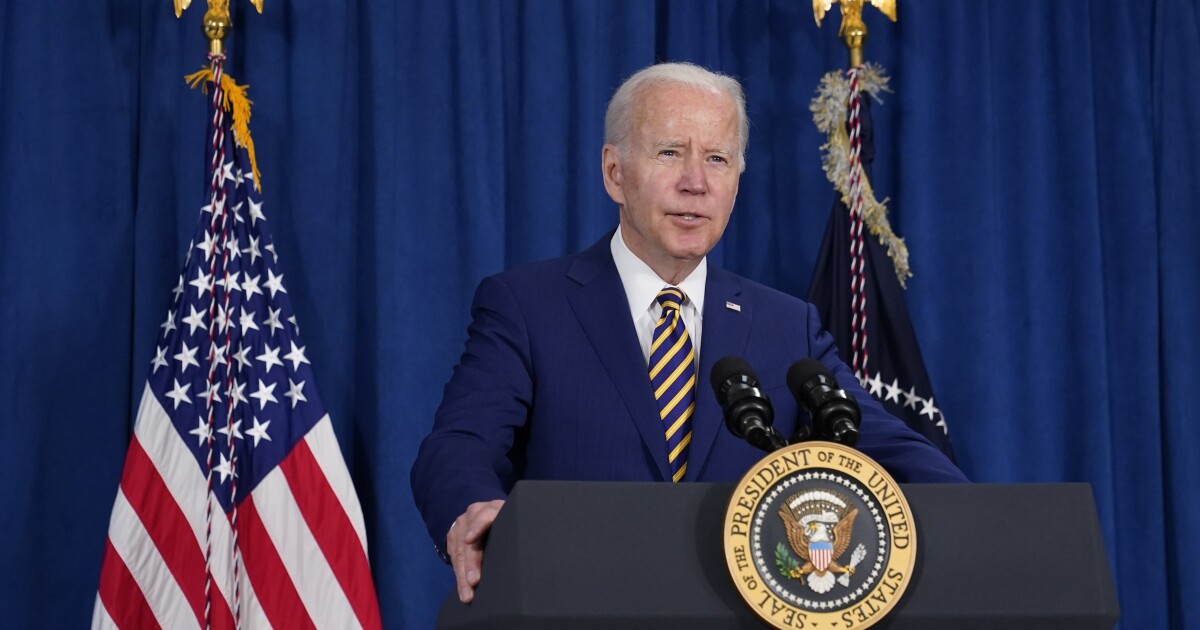 President Joe Biden will invoke the Defense Production Act on Monday to increase domestic production of solar panel components and other technologies in support of his green energy agenda.

President Joe Biden will invoke the Defense Production Act on Monday to increase domestic production of solar panel components and other technologies in support of his green energy agenda.

The White House announced the set of executive actions as domestic solar developers and manufacturers face off over an active Commerce Department investigation weighing new tariffs on solar imports, which developers say is hampering their projects and threatening Biden’s goals of cutting greenhouse gas emissions.

The DPA will cover the manufacture of photovoltaic modules, which are a central component of solar panels, as well as heat pumps and equipment for building electrolyzers and fuel cells.

The actions try to serve the interests of both solar developers and manufacturers, which have been competing over the Commerce Department’s anti-circumvention investigation into solar imports from Cambodia, Malaysia, Thailand, and Vietnam.

The Commerce Department opened its investigation on April 1 at the request of California-based solar module manufacturer Auxin Solar to consider whether Chinese companies are circumventing tariffs on solar products by sending them through third countries.

Solar developers and a number of Democratic lawmakers oppose the investigation and say it’s leading to higher prices, canceled supply agreements, and delayed projects due to the prospect of new tariffs.

Commerce Secretary Gina Raimondo has said the department is required by law to carry out the inquiry in response to requests that it speed up the investigation or announce preliminary conclusions to give the market certainty about the prospect of tariffs.

“All of the U.S. manufacturers are pissed at this,” Iacovella said. “What they’re saying in this announcement is, even if Commerce rules that the Chinese what they’re doing are illegal, that they are illegally circumventing the [duties], they’re going to give them a free pass.”