Leftists in America have long been enthralled with communists, tyrants, and dictators; largely because those regimes control information, and thus control the people.

The goal of tyrants, dictators, and oppressive governments is to gain power and then stay in power.  They largely do this by controlling information — the information available and who has access to it.  Information is power, and tyrants use information to gain power.  So, for a king or dictator etc. to gain power and stay in control, they tried to monopolize information.  Throughout most of history, that was an easy task because there were few books and few people could read.  There was no radio, TV, internet, or libraries.  For the vast majority, the Bible, Quran, etc. was the single source of information.  If it wasn’t in the Bible, you didn’t need to know it. The king, caliph, etc. would tell you what you needed to know, and that was it.

That changed with the rise of modern society.  Education and increased literacy, printing of books, radio, TV, and the internet provided information to billions of people.  However, tyrants and oppressive regimes still managed to control the information available to their citizens.  State-sponsored media in countries like the Soviet Union, North Korea, China, Turkey, and Iran insured the people heard only what the government allowed.  All other information was labeled “disinformation” and was banned.  Facts that made the government look bad were banned as dangerous misinformation, were not allowed to be disseminated, and became a crime to share.

An example of “facts are a crime” is the Armenian (and Christian) massacre by Turkey during WW I.  Over 1 million were killed in that genocide.  Yet, in Turkey, it’s a crime to teach that Armenians were massacred.  The fact that genocide occurred is suppressed, ignored, and criminalized to the point where most Turks have never heard of it; or, if they have, they call it disinformation.  Same thing in North Korea, a country totally cut off from the outside world such that the people only know what their government tells them.  The old Soviet Union’s leading paper was called Pravda.  The Soviets told Pravda exactly what to publish — disinformation (lies) that was positive toward communism and misinformation (more lies) about the United States and the West, all to keep the people ignorant of the truth.

Americans are smug about the information we receive, knowing that our information isn’t censored.  How naïve, how quaint, how 20th century! Reminds me of a comment from a Chinese citizen when he asked, “You Americans actually believe your media?”  Excellent observation in question form.  He couldn’t understand how Americans, seemingly intelligent, would still believe our media or government.  If someone lies to you time and time again (i.e. Joe Biden), and you know they’re lying; how or why would you continue to believe that person or that source of information? 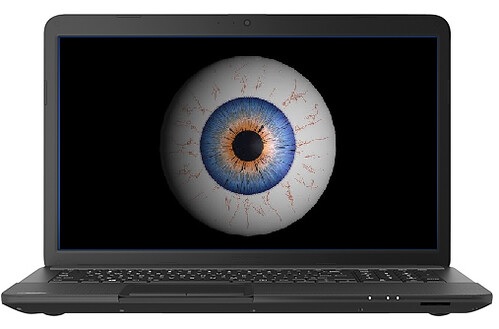 Leftists in America have long been enthralled with communists, tyrants, and dictators; largely because those regimes control information, and thus control the people. The NY Times ran praise pieces of the Soviet Union under Stalin by “journalists” held spellbound by communism.  Bernie Sanders loved communism so much that he honeymooned  (1988) in the Soviet Union.  Obama had a Chairman Mao Christmas ornament on the White House tree.  Don’t forget when Obama praised Cuba in his 2016 visit to that communist nation.  When Venezuela descended into a Marxist hellhole of poverty and corruption, American Leftists adored Hugo Chavez.  So, it’s no surprise that Biden (and his Democrat regime) would emulate communists and control information with his newly formed Disinformation Governance Board (DGB), headed by Nina Jankowicz, under the Department of Homeland Security.

The DGB is as Orwellian as it sounds.  It will attempt to eliminate “disinformation” by censoring and silencing opposing viewpoints, by labelling them as misinformation.  Jankowicz is absolutely perfect for the position.  In Oct 2020, the NY Post ran a devastating factual article about Hunter Biden’s laptop with emails that directly linked the Biden family (including Joe) to corruption in Ukraine and China.  Well, Jankowicz tagged the article as “disinformation” while it was censored by Twitter, Facebook, the NY Times, and all other media.  A 100% accurate and true story about Biden’s corruption was completely silenced, only weeks before the election.  The only lie, the only misinformation was supplied by the establishment media when they lied about the true story.  Now, Biden and the Dems have formalized the process of silencing information they don’t like by calling it “disinformation,” which means it can be censored and eliminated.  After all, your government knows better than you what is accurate or not.  Biden’s leftist agenda will be advanced because it’s truthful and accurate which, by definition, means that any opposition is not truthful and will be silenced.  See how that works?

Let’s use an example.  When Anthony Fauci said that masks didn’t prevent the spread of COVID and shouldn’t be worn; if the DGB had been in existence, it would have silenced and censored all other points of view as disinformation.  Then, weeks later, when Fauci said we must wear masks to prevent the spread of COVID, the DGB would immediately go to work to ensure the new “masks must be worn” narrative as the only information allowed.  Another example, you think there’s a crisis at the border with thousands of illegals entering every day.  Wrong.  Biden says there is no crisis; the border is under control which means his message is allowed on Twitter while yours is censored and silenced as disinformation.  To continue with disinformation that must be silenced, gas is at record high prices due to Biden’s policies and war on petroleum.  Biden claims spiking gas prices are due to Putin’s invasion of Ukraine. Biden’s claim is a lie but the DGB will censor and silence voices that oppose his narrative by labelling opposition as disinformation.  The DGB will ensure the Democrat, Leftist, Biden narrative is advanced.  Other viewpoints will be silenced.

Of course, the DCB is un-American; of course, it’s anti-1st Amendment; of course, it’s illegal.  What are you going to do about it?  Complain to Joe Biden? Call Senator Raphael Warnock, Senator Jon Ossoff, Rep. Sanford Bishop, or Stacey Abrams?  Seriously?  They agree with Biden 100% of the time.  What about Merrick Garland, the attorney general?  The DGB could only be formed with his approval.  If there’s a single Democrat who disapproves of the Disinformation Governance Board, at any level of government, in the media, or in Hollywood they are completely silent.  They have censored themselves, which is exactly what the Dems want — to control information so they can stay in power.