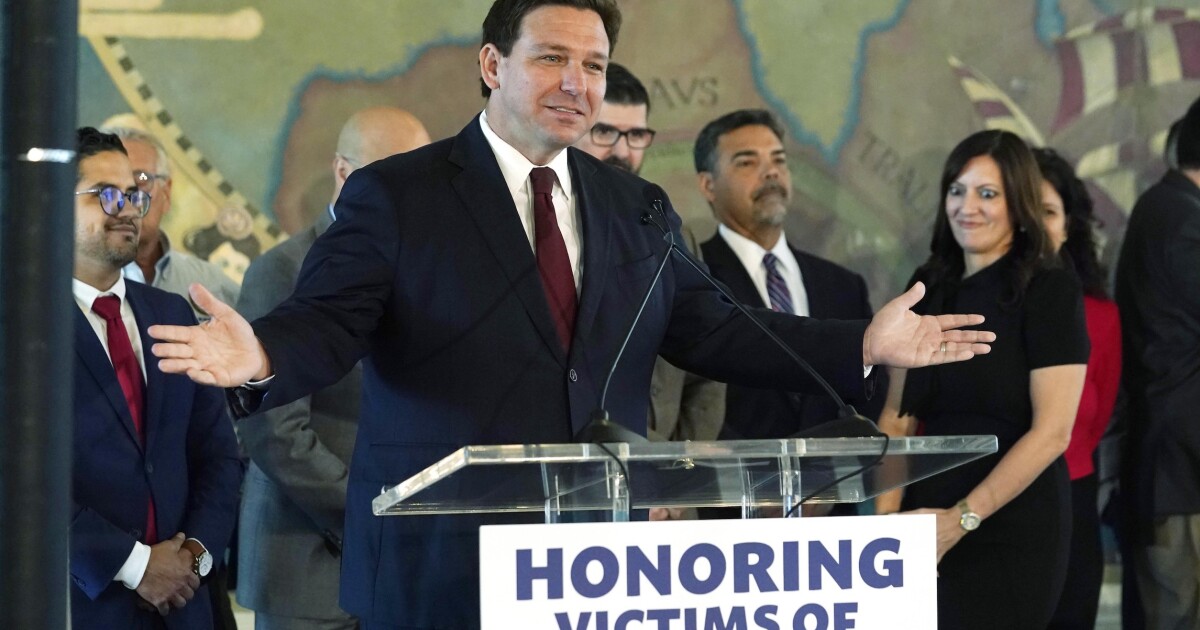 The Biden administration's redefining of the U.S.-Cuba relationship may be coming at a bad time for Democrats, who have seen slipping support among Hispanic voters in recent months.

The Biden administration’s redefining of the U.S.-Cuba relationship may be coming at a bad time for Democrats, who have seen slipping support among Hispanic voters in recent months.

Reversing many of former President Donald Trump’s reforms, the White House is restoring flights to Cuban cities, loosening travel restrictions, and allowing increased remittances. But Trump’s moves were credited with his gains among some Cuban American voters during the 2020 election, particularly in South Florida, which could hurt Democrats in this fall’s midterm elections.

“Between Biden’s blunders in Cuba with the Castro/Diaz-Canel regime and in Venezuela with Maduro, he is aggravating and alienating key voters in South Florida,” said Steelman. “The 2020 election proved that Florida’s exile community can move the needle in high-profile and down-ballot elections alike, so Biden’s decision to surrender to communist dictatorships will undoubtedly have serious consequences for Democratic candidates over the next two election cycles.”

In an about-face from Trump-era policies, the White House is allowing flights to Cuban cities other than Havana, allowing educational and professional group travel, reestablishing the family reunification program, and removing caps on the amount of money that can be sent to families on the island, currently set at just $1,000 per quarter.

Hispanic voters already have been shifting away from the Democrats. For example, in 2020, more than 60% told pollsters they would cast a ballot for their House Democratic contender, researchers found. Late in 2021, 37% said they would make the same choice, while the same percentage would back the Republican. Roughly 1 in 5 remained undecided.

“While there have been differences in opinion regarding U.S. policy towards Cuba from the older, historic exiles and the younger Cuban American population, Biden’s announcement has been unpopular with many in both groups and across the political spectrum,” Steelman said, adding that former President Barack Obama’s policies enriched the Cuban regime even while it continued to “oppress and murder their people.”

DeSantis, often mentioned as a possible 2024 presidential candidate, made the same point in comments following the announcement, predicting it would only enrich the country’s dangerous dictatorship.

Even some Democrats criticized the move, such as Senate Foreign Relations Chairman Bob Menendez, a son of Cuban immigrants.

“As the Diaz-Canel regime continues its ruthless persecution of countless Cubans from all walks of life for their participation in last year’s pro-democracy uprising, today’s announcement risks sending the wrong message to the wrong people, at the wrong time and for all the wrong reasons,” Menendez said.

Others disagreed. Democratic strategist Brad Bannon said the policy shift will allow some Cuban Americans a chance to visit long-lost relatives and may facilitate Cubans who want to move to the United States.

“Overall, I think it’s a smart, diplomatic move,” he said. “It will encourage communication between Cuban Americans and Cubans.”

Bannon describes Cuba as being in a political transition, with this policy having the potential to nudge the island in the right direction diplomatically.

Unfortunately for the Biden administration, it has deeper problems when it comes to Cuba. The White House could see a wave of defections from next month’s Summit of the Americas conference as Latin America’s largest economies insist on invites for Washington’s antagonists.

An ultimatum by Mexican President Andres Manuel Lopez Obrador is putting pressure on Biden to invite Cuban, Venezuelan, and Nicaraguan leaders to the three-yearly meeting or face a boycott. The U.S. is hosting the event for the first time since its inaugural Miami 1994 meeting, and according to a State Department website, it’s “Biden’s highest priority event for the region.”

Biden’s top diplomat to the region, Western Hemisphere Assistant Secretary of State Brian Nichols, previously said he did not expect Cuba, Nicaragua, or Venezuela to receive an invite. White House officials said the new Cuba policy is not related to the pending summit, calling the timing a “coincidence.”

But while Trump’s Cuba moves were credited with helping him in Florida, Biden still won 65% of the Latino vote overall, compared to 32% for Trump.

“I think the stories about the movement of Hispanic voters are overblown,” said Bannon. “When you lose Latinos 65-32, that’s not exactly anything to write home about.”