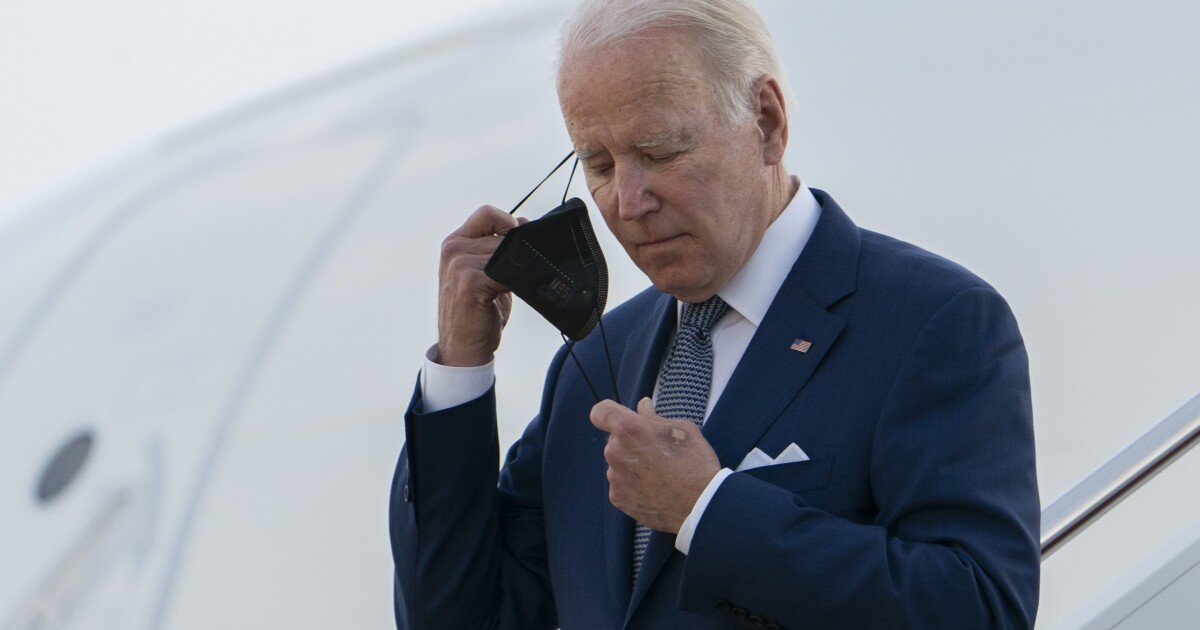 With the midterm elections approaching, President Joe Biden has pledged to tackle skyrocketing prices, but experts suggest that his economic strategy worsened the current inflationary run.

With the midterm elections approaching, President Joe Biden has pledged to tackle skyrocketing prices, but experts suggest that his economic strategy worsened the current inflationary run.

After spending most of 2021 insisting that factors driving prices up across all commercial goods were “transitory,” Biden and top administration officials have spent recent months pushing the president’s big spending plans as a means of lowering costs for the public.

Wages have risen nominally across the president’s first 15 months in office, something the president has claimed could be improved by passing his expansive, costly social safety net proposals, but they have failed to keep pace with rising prices. The latest Consumer Price Index data saw prices jump 8.3% annually in April, compared to just a 0.3% rise in hourly wages.

The White House and Biden himself pivoted in February to blaming inflation on Russia’s war in Ukraine, referring to historic highs in the cost of gasoline and food as “Putin’s price hike.” Sanctions placed on Russia did cause oil, natural gas, and food prices to jump across the globe, but core inflation, which factors out energy and food prices, rose 0.6% in the United States in the last month alone.

Furthermore, while prices are currently a problem for the entire intentional community, U.S. core inflation is rising at a higher rate than in other countries and has been since mid-2021, and a growing number of economists and private-sector figures place the blame squarely on Biden’s first stimulus package, the $1.9 trillion American Rescue Plan.

“I think we can say with certainty that we would have less inflation and fewer problems that we need to solve right now if the American Rescue Plan had been optimally sized,” Wendy Edelberg, a senior economics fellow at the liberal Brookings Institution, said in a statement.

The Committee for a Responsible Federal Budget’s Marc Goldwein thinks the legislation put “gasoline on the fire.”

“That’s basically what the ARP did,” he added. “It was almost written as if we didn’t just pass a trillion-dollar stimulus in December.”

It’s worth noting that economic experts do believe that Biden’s stimulus helped the U.S. recover from the pandemic significantly faster than the global economy, which is exacerbating the negative commercial fallout.

“I think we would have had a slower recovery. We would’ve had more suffering along the way,” former Chairman of the Council of Economic Advisers Jason Furman told Vox in an interview. “But pretty much everyone, including countries that did basically nothing, has recovered, and the side effects in the U.S. have been quite problematic.”

With economic problems consistently polling as the top midterm issue for voters of both parties, Biden is seeking to reframe the inflation debate and push the onus on the wealthiest taxpayers and congressional Republicans.

He has rebooted calls for new mandatory minimum taxes on billionaires and large corporations, neither of which will be passed into law due to opposition from members of Biden’s own party, and taken to contrasting his economic proposals with the “ultra-MAGA” agenda.

“My plan attacks inflation and grows the economy by lowering costs for working families, giving workers well-deserved raises, reducing the deficit by historic levels, and making big corporations and the very wealthiest Americans pay their fair share,” he said. “The other path is the ultra-MAGA plan put forward by congressional Republicans to raise taxes on working families, lower the incomes of American workers, threaten the sacred programs Americans count on like Social Security, Medicare, and Medicaid, and give break after break to big corporations and billionaires.”

Unfortunately for Biden, that rhetoric doesn’t seem to be hitting home with voters.

Democratic pollster John Zogby wrote that while Biden “is trying hard to get ahead of events and to get out front” of inflation, “none of this is helping him,” resulting in his approval ratings slipping 3 percentage points down to 41% over the past week.

The second-wealthiest man in the world quote-tweeted Biden’s campaign account, claiming the “newly created Disinformation Board should review” the president’s assertions.

“Raising corp taxes is fine to discuss,” he said. “Taming inflation is critical to discuss. Mushing them together is just misdirection.”

The newly created Disinformation Board should review this tweet, or maybe they need to form a new Non Sequitur Board instead. Raising corp taxes is fine to discuss. Taming inflation is critical to discuss. Mushing them together is just misdirection. https://t.co/ye4XiNNc2v