The Democrat vision for America is for an ever-expanding federal government giving cradle-to-grave shepherding to the American people.

There was a time, not that long ago, when it was said there wasn’t much difference in  America’s two major political parties.  There were exceptions to this paradigm, but it was often true.  The paradigm has shifted.  Today, the two major parties offer different visions for America’s future.

The media perpetrate the notion that political discourse is increasingly polarized because Democrats have become more liberal and Republicans more conservative.  The Republican Party hasn’t moved to the right since the Reagan presidency.  Republican politicians have become arbiters of the status quo.  A conservative holding action that gradually succumbs to radically liberal factions doesn’t benefit the American people.

The Democrat vision for America is for an ever-expanding federal government giving cradle-to-grave shepherding to the American people.  This is the path America is on.  We see their vision unfold in real time.  Liberal factions believe there is no problem that can’t be solved by throwing money at it.  The federal deficit has grown to $30 trillion.  Democrats are disappointed they can’t grow it faster.

Liberal factions will wrest control of the economy from free markets, redistributing resources to ensure social justice and equity.  President Biden issued an executive order his first day in office incorporating equity into every aspect of the federal government and eventually every American life.

Equality is the promise of America — born during the Revolution, forged in the fire of the Civil War, and quenched in the blood of the struggle for civil rights.  Equity is a guise for class war and redistribution.

The Green New Deal (GND) would be the crowning achievement of today’s Democrat party.  They contend that it is the “duty of the federal government” to create millions of high-wage jobs, provide unprecedented prosperity, counteract systemic injustice, invest in infrastructure and industry, secure healthy food and access to nature, etc.  The crisis the GND supposedly combats is climate change, yet none of the objectives mentioned above has any relation to climate change.  This will be the greatest expansion of government in American history.

A bold faction determined to reduce federal overreach, and its pervasive bureaucracy is needed, not a Republican Party treading political water.  The country is being rolled over by Democrats.  They must be countered, the government reduced, and the states’ rightful powers returned.  The people are best served by the government closest to their homes.

Robert Reich recently wrote an interesting article for The Guardian.  He said the “US Supreme Court’s upcoming decision to reverse Roe v Wade doesn’t ban abortions; it leaves the issue to the states.”

For instance, all states and localities have boards and departments of education.  There is no need for a federal Department of Education.  It should be abolished.  The Department’s budget of $102 billion would be returned to the states without questions or strings attached.

Other departments must be reduced or eliminated.  Were the people well served by an FBI investigation of Trump’s presidential campaign based on evidence the bureau knew was false?  The FBI continued the investigation after the election, citing the same baseless evidence.  If federal agents waste time investigating crimes they know never happened, there are too many federal agents.  The FBI must be reduced and its use of intrusive technology limited.

America considers itself a nation of laws.  This is changing.  During the BLM/Antifa riots, rioters were allowed to steal, shoplift, commit arson and other violent crimes.  Kamala Harris famously called for donations for bail money to get rioters quickly back on the streets.  Democrat mayors, governors, and federal politicians tolerated this behavior.  Many called for defunding the police.

Democrats contend that red states pass election laws that discriminate against people “of color.”  President Biden has likened voting laws in red states to Jim Crow 2.0.  In the 1960s, lawsuits were filed against states that had Jim Crow laws.  These states rightly lost the suits, were forced to change their election laws, and were monitored for decades.  The Congress passed the Voting Rights Act in 1965 to assure that Jim Crow would never return.  If Biden and his Justice Department thought for a moment that red-state election laws discriminated against anyone, their legal actions would be sensationalized by an enthralled media.  His hyperbolic claims have no merit or standing.

Cities with large Democrat constituencies have elected district attorneys who refuse to enforce the law.  It is the people’s right and privilege to elect politicians who reflect their interests.  It is sad that voters in blue cities choose to coddle criminals to their own detriment.

Democrats have declared war against America’s fossil fuel industries.  The war is directed by the whim and folly of executive order and unreasonable regulation.  The intent of this policy is to damage the industry that delivers reliable energy to the American people.  When the inflicted damage causes rising prices and inflation, politicians who pursue the policy feign surprise and blame the industry they conspire to destroy.

The federal government has many important roles.  The president takes an oath to “preserve, protect, and defend the Constitution,” which says the president “shall take care that the laws be faithfully executed.”  Federal law requires the government to defend the nation’s borders.  This isn’t a suggestion.  If the president ignores federal law, he is not fulfilling his oath of office.

Republicans must remain the party of law and order.  This isn’t a radical departure in a polarizing republic.  There was a time, not that long ago, when Democrats respected the rule of law, but their respect is diminished and is now a consideration only when convenient or self-serving.

Thomas Jefferson wrote in 1824, “I think myself that we have more machinery of government than is necessary, too many parasites living on the labor of the industrious.”  The government is not a tool to be used by political faction to pursue its objectives, but an instrument designed to protect the security, rights, and pursuits of the American people.  The federal government has absorbed powers that rightfully belong to the states and the liberties of the people who inhabit them.  There is no need to burden a president with unnecessary decisions and activities.  The president and Congress should focus on their obligations as proscribed by the Constitution.  The states must use their powers to benefit the people that reside within them and the Union to which they belong. 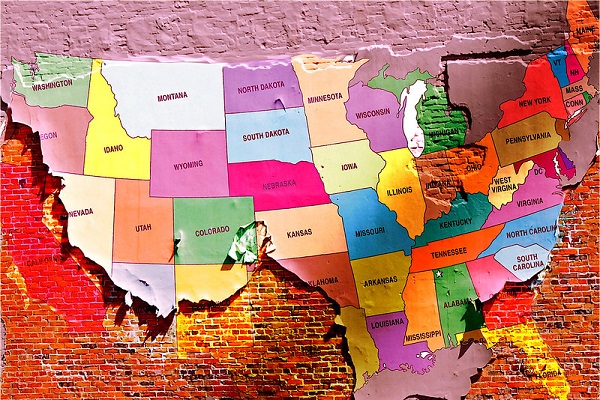