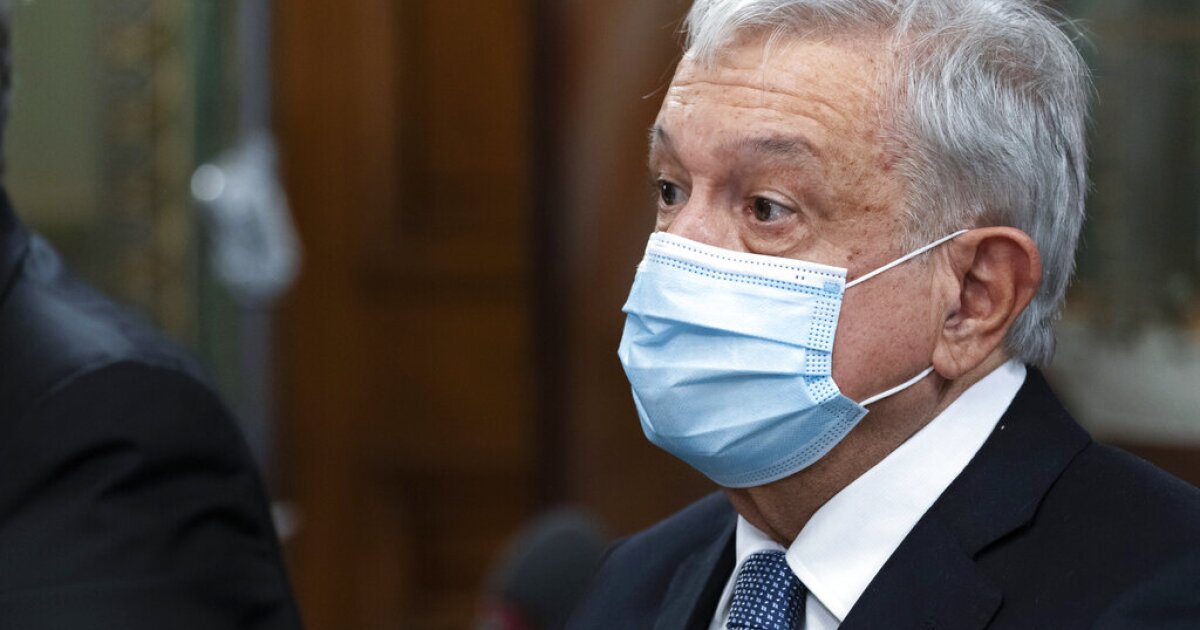 The White House could see a wave of defections from a Summit of the Americas conference in June as Latin America’s largest economies insist on invites for Washington’s antagonists.

The White House could see a wave of defections from a Summit of the Americas conference in June as Latin America’s largest economies insist on invites for Washington’s antagonists.

An ultimatum by Mexican President Andres Manuel Lopez Obrador is putting pressure on President Joe Biden to invite Cuban, Venezuelan, and Nicaraguan leaders to the three-yearly meeting or face a boycott. Lopez Obrador lit into U.S. sanctions this month, declaring that if Biden did not invite all countries in the region, he would not attend.

Lopez Obrador said he has urged that “everyone be invited” to the June 6-10 gathering in order to further “the unity of all America.”

BORDER CRISIS: HISTORICALLY CHAOTIC SITUATION POISED TO GET MUCH WORSE

“Nobody should exclude anyone,” Lopez Obrador said while visiting the communist island.

Honduran President Xiomara Castro tweeted that without full attendance, “it is not the Summit of the Americas.”

The United States is the host for the first time since its inaugural Miami 1994 meeting, with regional heads of state expected to tackle issues from migration to climate change to economic growth. The Biden administration has billed it as a showcase for democracy in the hemisphere, a focus of a president who has warned about the dangers of autocratic regimes.

The event, according to a State Department website, is “Biden’s highest priority event for the region.”

The discord over invites grew after Biden’s top diplomat to the region, Western Hemisphere Assistant Secretary of State Brian Nichols, said he did not expect Cuba, Nicaragua, or Venezuela to receive an invite.

“Cuba, Nicaragua, the Maduro regime do not respect the Inter-American Democratic Charter, and, therefore, I don’t expect their presence,” Nichols said during an interview with NTN24, a Colombian cable news channel.

Asked whether Cuba, whose leaders attended the summit in 2015, would be invited, Nichols suggested they would not.

“It’s the president’s decision, but I think the president has been very clear about the presence of countries that by their actions do not respect democracy — they will not receive invitations,” he added.

The response from Mexico opened the floodgates and has drawn into the fray Washington’s rivals vying for influence in the region.

“Are Cuba, Nicaragua, and Venezuela not countries in the Americas?” said Zhao Lijian, a Chinese Foreign Ministry spokesman, during a recent event. Beijing has pursued trade and investments in Latin America and commodities such as copper and lithium.

It’s a dynamic the Biden administration has struggled to counter as it turns its attention to the war in Ukraine and a pivot to Asia — or weighs the prospect of losing voters in South Florida.

Announcements this week to ease sanctions on Venezuelan oil and lift Trump-era restrictions on Cuba have prompted questions about whether the White House is trying to move forward.

Officials say the sweep of policy announcements is not an attempt to make amends, with one person at the White House calling the timing a “coincidence.”

Now, the clock is ticking down, and invites are still pending.

As to whether Biden expected his Mexican counterpart to attend, Jean-Pierre insisted that “the president is optimistic.”