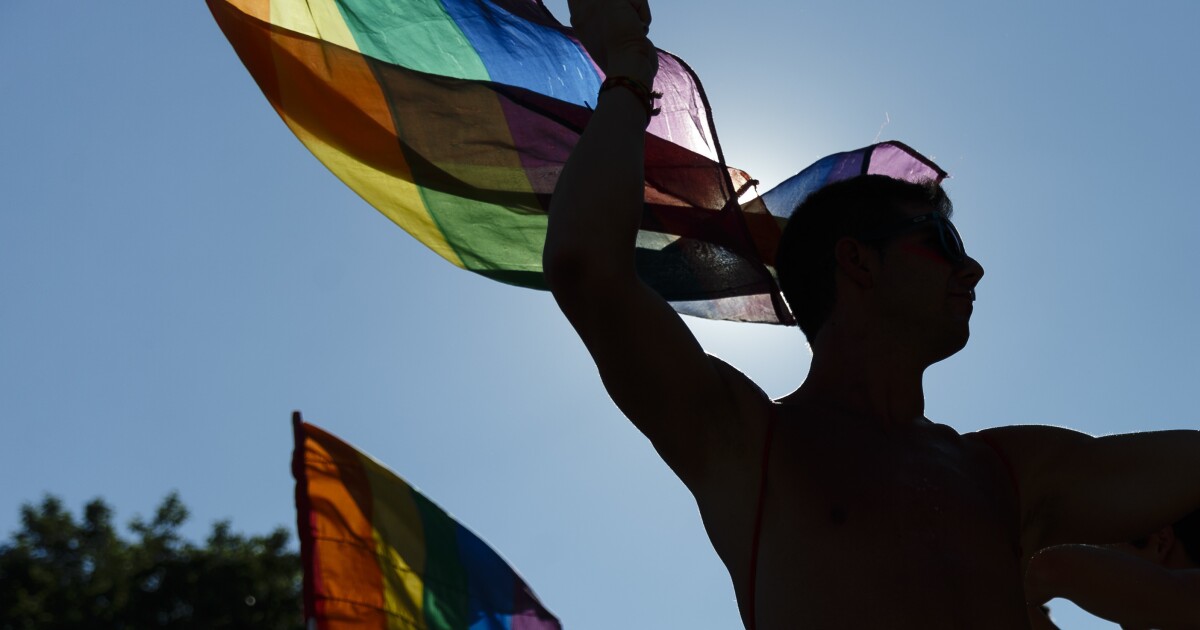 The British Royal Mint released a rainbow "pride" 50 pence coin in honor of the 50th anniversary of the pride movement in the United Kingdom.

The British Royal Mint released a rainbow “pride” 50 pence coin in honor of the 50th anniversary of the pride movement in the United Kingdom.

The new coin includes five rainbow arches, with the middle arch containing the word “pride.” The other arches have the words “protest,” “visibility,” “unity,” and “equality” written on them. The back of the coin has the regular image of Queen Elizabeth II.

“It humbles me greatly that the words that I coined for the brand, PROTEST, VISIBILITY, UNITY & EQUALITY — will be on an actual coin, opposite the Queen,” Asad Shaykh, the director of communications for Pride in London, said in a press release.”This queer brown immigrant has come a long way, powered by hope, love and this city. Nowhere in the world had this been possible, except the U.K. Pride in London feels very proud today.”

The pride flag was also included on the face of the coin, beneath the rainbows.

We are delighted to reveal a 50p designed by East London artist, writer, and LGBTQ+ activist, Dominique Holmes celebrating 50 years since the first UK Pride event! Sign up for launch updates: https://t.co/KVtO4nb6Tf pic.twitter.com/3BQl22hrmc

The first event of the pride movement in the U.K. was a march held in July 1972. The date was selected as the nearest Saturday to the anniversary of the Stonewall Riots in the United States. The riots occurred in the aftermath of a police raid of the Stonewall Inn, a gay bar in Manhattan in 1969.

“The 50th anniversary of Pride U.K. is a milestone celebration, and it is a privilege to mark 50 years of progress with this 50p coin,” Clare Maclennan, the mint’s director of commemorative coins, said. “This is the first ever U.K. coin dedicated to Britain’s LGBTQ+ community, with color printing technology capturing the spirit of Pride UK with its iconic rainbow colors.”

The mint has also organized diversity and inclusion training for all of its employees, along with an LGBT society for mint employees.

The coin will not be rolled out into circulation. However, people can purchase the coin on the mint’s website this summer.