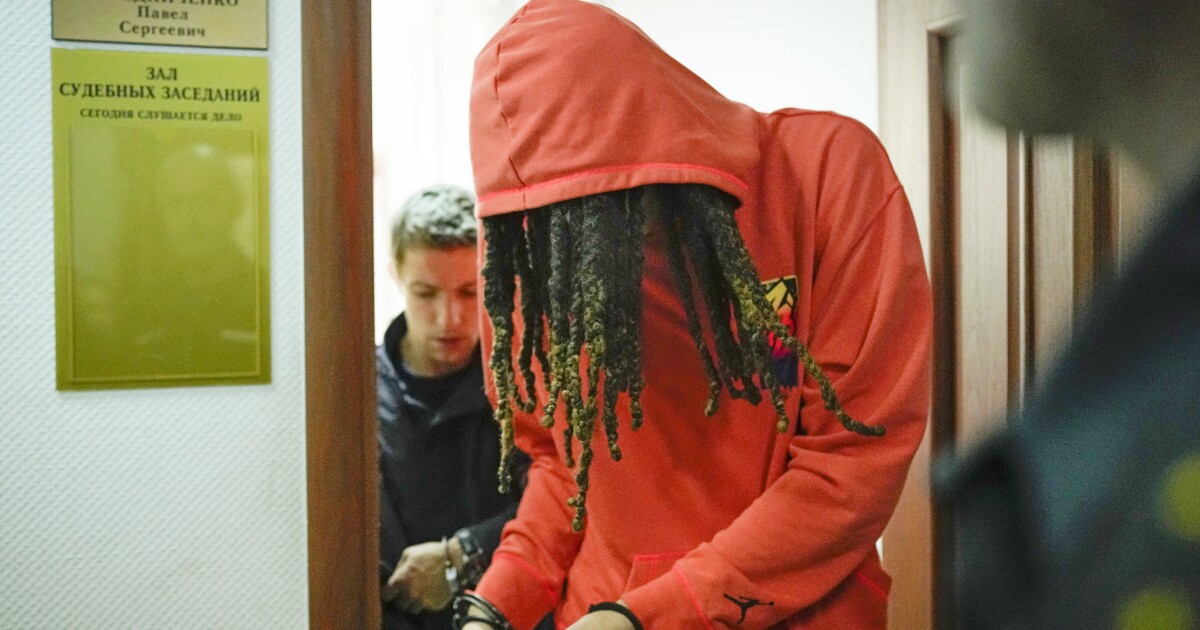 A Russian court announced that the trial of WNBA superstar Brittney Griner, who has been wrongfully detained since mid-February, will commence at the beginning of July.

A Russian court announced that the trial of WNBA superstar Brittney Griner, who has been wrongfully detained since mid-February, will commence at the beginning of July.

Griner had a preliminary court hearing in the Moscow suburb of Khimki on Monday, when the trial date was handed down. The basketball star was arrested on Feb. 17 for alleged drug possession and could face 10 years in prison if convicted. Fewer than 1% of all defendants in Russian criminal cases are acquitted, according to the Associated Press.

The State Department has designated Griner, who has played basketball in Russia for years during the WNBA’s off-season, to be “wrongfully detained” by Russia, which means her case is handled specifically by the special presidential envoy for hostage affairs.

Secretary of State Antony Blinken was asked on CNN over the weekend whether the administration was considering a prisoner swap, like the one that brought Trevor Reed home after his nearly three years in detainment, to secure Griner’s release, though he deflected the question.

“As a general proposition … I have got no higher priority than making sure that Americans who are being illegally detained in one way or another around the world come home,” he said, adding, “I can’t comment in any detail on what we’re doing, except to say this is an absolute priority.”

At the beginning of her detainment, her friends and family sought a low profile, but many have since switched tactics to calling for her return publicly. She was supposed to speak with her wife, Cherelle, days ago for the first time since she was detained, but the call was not put through due to a staffing mishap. The administration has called it an “unfortunate mistake” and has rescheduled it.