The existential threat to America today is the “woke” financial establishment.

The greatest enemy of America’s financial future is not any foreign nation, government regulator, or dangerous ideologue. The existential threat to America today is the “woke” financial establishment. It is presently politicizing business and weaponizing investment in policies that will have a devastating effect on America and the world.

Big business has always tended to be politically liberal. Over the decades, major companies have supported causes that seemed to work against their self-interest. Such action has rarely prevented them from registering profits or jeopardizing stockholders’ investment. Many thought that by groveling to these leftist causes, they might buy the support of rich liberals and favorable media. There was always a calculation with an eye on a return on investment.

Moreover, these causes are very unpopular among American consumers and the general public. Companies used to exercise some caution, fearing the backlash from appearing too radical. The danger of the saying “go woke, go broke” was only too real.

However, those pushing for change are now employing different tactics that sidestep public rejection. The forces being brought to bear upon corporate America come not from woke corporate boardrooms but activist index funds suddenly empowered as enlightened “stakeholders.” Politicized investment managers want to call the shots and push companies to tow the leftist line.

The new financial offensive seeks to destroy from within the powerful yet staid business establishment. Turning corporate America against itself is the way liberals hope to hasten the process of making everyone “woke” real fast.

The new metrics are ideological, not financial. Thus, profits are at the bottom of the list of priorities while politically correct positions occupy the top.

The key component of this strategy is the ESG rating system. This recent social credit system evaluates firms on their compliance with environmental, social, and governance (ESG) targets. A company may have a stellar balance sheet, but if its ESG rating is less than perfect, it can lead to the choking off of credit or investment opportunities. Worse yet, investment managers controlling vast numbers of shares can use the ESG ratings against corporate boards during shareholder meetings to force compliance with liberal causes.

The most powerful forces of the ESG dictatorship are the massive index funds. The Big Three investment managers are BlackRock, Vanguard, and State Street — all under “woke” management. Together they control more than $20 trillion in investor assets. Their influence is such that one of the Big Three is the largest shareholder in 90 percent of public companies. They can command between 20-25 percent of the shareholder votes in the S&P 500 companies.

The Big Three boast about their power and are only too willing to vote out corporate directors who failed to live up to ESG standards involving climate and diversity. With such powerful voices at stockholder meetings, the index funds threaten to control the financial establishments. They can dry up funds for fossil-fuel companies or limit investments. They can adapt their agendas to include union demands, Chinese interests or any other bona fides leftist cause that appears on the horizon. 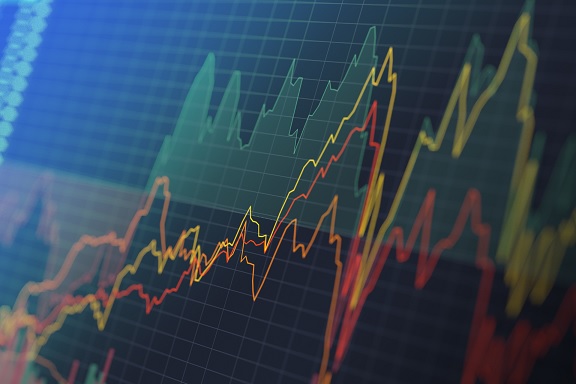 Also on board with the ESG tyranny are the three largest credit-rating companies. These agencies man the spigots that influence the flow of money not only to firms but to state and local governments. Despite excellent financial practices, any state government with top-heavy investments in oil or carbon-intense industries risks a credit downgrade.

Indeed, ESG wizards sometimes manipulate what looks like objective quantitative “metrics” to back up their claims. However, many analysts admit that what determines a rating must often rely upon subjective judgments rather than objective financial assessments.

The injustice of the credit rating sentences has prompted many state governments to challenge the ESG rulings. Utah, for example, has an excellent record in managing its finances and has long held the highest possible credit rating, which allowed it to borrow money at low rates. Nevertheless, in a recent op-ed in the Wall Street Journal, Utah Treasurer Marlo Oaks sounded the alarm on how the new ESG criteria have weaponized credit access to serve a subjective political agenda.

Reaction to the ESC Tyranny

Such concentration of arbitrary power threatens state sovereignty. Thus, Utah and other states are taking legal action to stop this usurpation of power. West Virginia has fired BlackRock from its investment boards over ESG concerns and Chinese entanglements. States like Texas are demanding fair treatment for the financing of fracking and oil interests crucial to their states’ interests.

Congress will soon be looking at the issue. The Senate is debating the “Investor Democracy is Expected Act,” in which index firms’ shareholder votes would need to reflect actual investors’ opinions and not the arbitrary whims of their woke directors.

All these measures are very welcome. However, they do not answer the question: Why is the “woke” financial establishment destroying corporate America? The nation is recovering from a pandemic, involved in a war, suffering inflation, and polarized. Weaponizing finance to pursue leftist ideological utopias is the last thing America needs.