Christopher Lasch foresaw MAGA long before anyone else.

Christopher Lasch was no conservative, at least not what we traditionally think of as “conservative.”  He was never a Republican and as one writer phrased it, “Lasch’s conservative turn was more (Wendell) Berry than (William) Buckley.”  A lifelong liberal, he authored a number of influential books and was a professor at the University of Rochester.  He died of cancer in 1994 at the age of 62.

His contributions to society and culture from such books as the The Culture of Narcissism, The Revolt of the Elites and the Betrayal of Democracy, and The True and Only Heaven have been long lasting and deeply profound, indeed prophetic.  It was in The True and Only Heaven where I was struck again in rereading the book for the first time in a couple of decades just how far reaching and incredibly prophetic Lasch would prove to be.  His discussion of political culture, philosophy, speculations on the nature of “Progress,” revisiting the political labels of “conservative” and “liberal” and his definition of what would be labeled as “Middle America” is simply brilliant.  He was a thinker way ahead of his time. Consider only Lasch’s section on the impact and importance of the Supreme Court’s Roe v. Wade decision and the issue of abortion.

The huge fault line in American culture has only grown wider in the almost half century since Roe v. Wade was decided in 1973.  We certainly see it everywhere, perhaps no more so than in our electoral politics, in the talk of “deplorables,” clingers to guns and religion and the complete disdain for “flyover country” and “Middle Americans.”

We see it in the hollowing out of the rural areas and small towns of America, the jettisoning of factories and millions of manufacturing jobs overseas and the cratering of the working lower and middle class, the fall in wages, lowering life expectancy, and rampant opioid addiction, and the breakdown of the family and community.  This is the America that has been left behind.  And we don’t need to emphasize the discussion of the rural areas of our nation as wide swaths of urban neighborhoods have suffered the same fate.

One’s views on abortion sits right in the middle of this fault line.  Lasch’s overall theme in The True and Only Heaven lies in the subtitle of his book, “Progress and its Critics.”  The Left has taken “Progress” into its soul and made it the driving force of its ideology.  But what the Left has determined as “Progress” is diametrically opposed in so much of our culture and of what the majority of Americans believe in.  Their vision of “Progress” represents the radical transformation that has been undertaken by the Left for the past half century.

…liberals have lost sight of what is valuable in lower-middle-class culture in their eagerness to condemn what is objectionable.  Their attack on “Middle America,” which eventually gave rise to a counterattack against liberalism — the main ingredient in the rise of the new right — has blinded them to the positive features of petty-bourgeois culture, its moral realism, its understanding that everything has a price, its respect for limits, its skepticism about progress.  Whatever can be said against them, small proprietors, artisans, tradesmen, and farmers — more often victims of “improvement” than beneficiaries — are likely to mistake the promised land of progress for the true and only heaven.

To our point, Lasch writes, “The debate about abortion illustrates the differences between the enlightened ethic of competitive achievement and the petty-bourgeois or working-class ethic of limits.”

Again Lasch writes, “Conflicting attitudes about the future, much more than abstract speculation about the immortality of the embryonic soul, underlay the controversy about abortion touched off the Supreme Court’s 1973 decision in Roe v. Wade.”  Lasch was able to see the forest for the trees on what has become the most contentious cultural issue of our times.  He was able to look beyond the obvious debates over women’s rights, health, viability, and the moral issues of abortion to see the overall cultural impact. 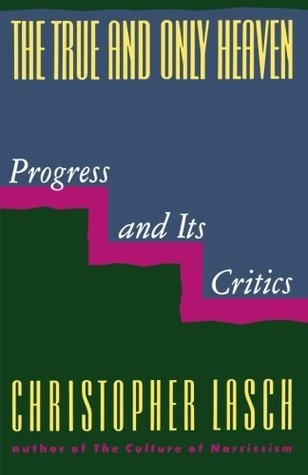 What of the political implications of the abortion debate?  The Democrats seem to think they have been given a gift from the Gods.  This will be the issue that propels them to electoral victory in the coming midterms.  But as the college football analyst Lee Corso often wisely states, “not so fast.”

The Democrat Party has completely abandoned the playing field in terms of the working middle class in this country.  This group represented the vast migration of working-class white voters to Donald Trump in 2016 and while we haven’t yet seen massive shifts in the movement of the black and Hispanic working class to the Republican Party, that shift has indeed begun.  Generally, more religious, and more socially conservative, the field is wide open for a seismic shift in voting patterns for these two traditional bedrocks of Democrat support.

It is by taking such a radical position on the abortion issue that the Democrat Party has put itself in a corner that will have devastating consequences on its attempt to hold onto this minority coalition.  There are only so many highly educated, coastal white elites in America.  They hold great power, but their electoral numbers are quite limited.

In closing, from Lasch again…

…abortion is not just a medical issue or even a woman’s issue that has become the focus of a larger controversy about feminism.  It is first and foremost a class issue.  Kristin Luker’s study of activists on both sides of the question leaves no doubt about that.  The pro-choice women in her survey were better educated and made more money than their counterparts in the anti-abortion movement.  They worked in the professional, managerial, and entrepreneurial sector of the economy.  Many were un-married, many were divorced, the married women among them had small families.  More than 60 percent of Luker’s sample of pro-choice women said they had no religion while most of the rest described themselves as vaguely Protestant.  Anti-abortion activists, on the other hand, were housewives with large families.  Eighty percent of them were Catholic.  These differences defined the differences between the two social classes, each with its own view of the world — the one eager to press its recent gains and to complete the modern revolution of rising expectations, the other devoted to a last-ditch defense of the “forgotten American.”

Lasch wrote about the “forgotten American” almost 30 years ago, long before Donald Trump campaigned on this theme and current writers highlighted the plight of these lost Americans.  The fault line is between, on the one hand, those who view progress as the end-all, the arc of the moral universe bending toward justice, and the breaking of all traditional bonds, and those who view life as one with limits, constraints, who lean on community, family, faith, and the nation.  The two sides are irreconcilable, the battle has been joined and the coming Supreme Court decision on the life issue will be a critical marker in determining who wins the future.