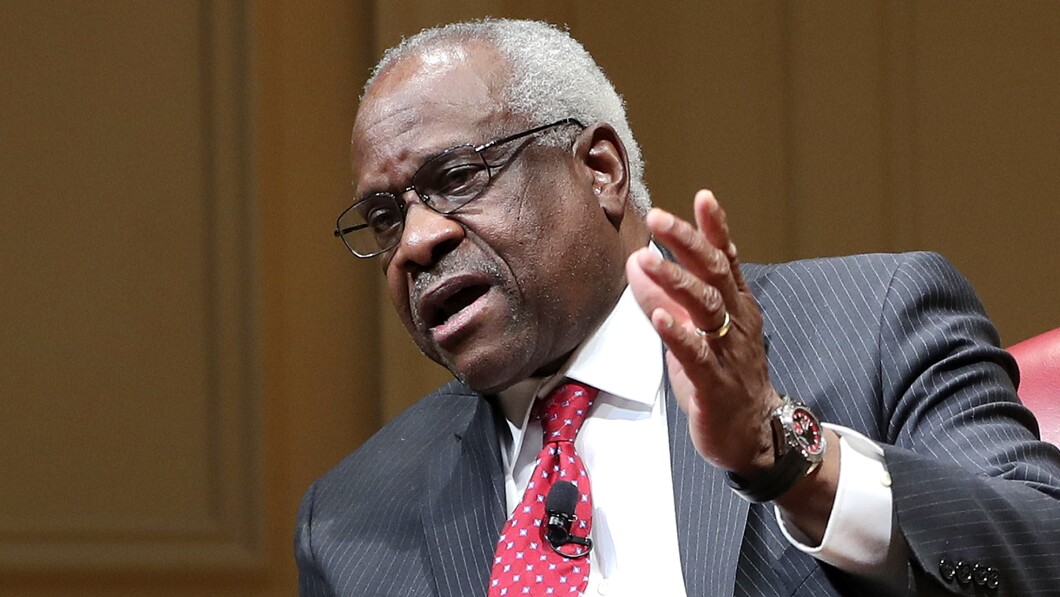 The conservative justice spoke of a loss of trust in the high court during remarks Friday at an event in Dallas.

“When you lose that trust, especially in the institution that I’m in, it changes the institution fundamentally. You begin looking over your shoulder,” he said, according to USA Today. He also said that, like infidelity, “you can explain it, but you can’t undo it.”

“I do think that what happened at the court is tremendously bad. I wonder how long we’re going to have these institutions at the rate we’re undermining them,” Thomas also said, per a reporter’s tweet.

Protests in favor of and against Roe’s reversal have popped up across the United States since a leaked draft opinion, written by Justice Samuel Alito, in the Dobbs v. Jackson Women’s Health Organization abortion case from Mississippi was published early last week.

Alito was asked about whether the justices are “all doing OK in these very challenging times” during an event at George Mason University this week.

“This is a subject I told myself I wasn’t going to talk about today regarding, you know — given all the circumstances,” Alito replied, according to the Washington Post.

“The court right now, we had our conference this morning. We’re doing our work,” he added after a pause. “We’re taking new cases — we’re headed toward the end of the term, which is always a frenetic time as we get our opinions out.”

The leak prompted Chief Justice John Roberts to order an investigation by the marshal of the court. In a statement, the court confirmed the draft that was leaked is “authentic” but stressed it does “not represent a decision by the Court.”

Thomas, who, according to a Politico source, joined three of the other Republican-appointed justices in voting with Alito after hearing oral arguments in December, said last week, “We can’t be an institution that can be bullied into giving you just the outcomes you want. The events from earlier this week are a symptom of that.”

Rep. Hakeem Jeffries, a prominent House Democrat from New York, tore into Thomas this week, asking, “Why are you such a hater?” and tying his criticism to Thomas’s wife, Ginni, who has been under fire in liberal media for her support of efforts to look into allegations of 2020 voter fraud.

The Supreme Court justices met Thursday for the first time since the leak for a private conference. The leaked opinion revealed is not final, and votes among the justices might change before a ruling is dealt in the coming weeks.