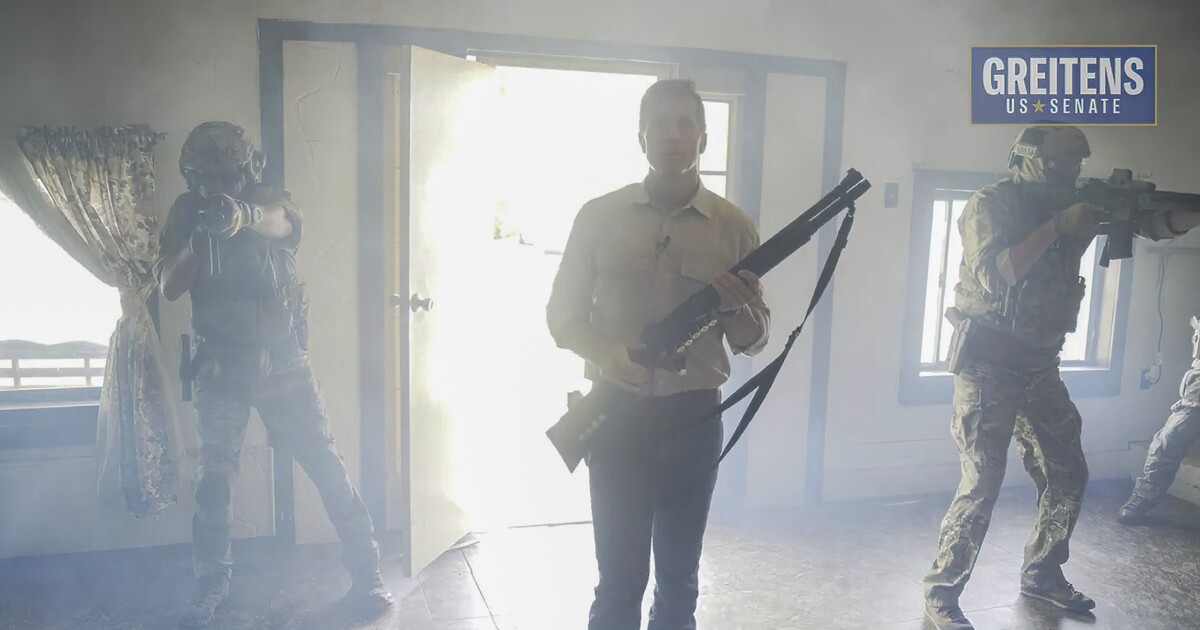 “Every normal person around the state of Missouri saw that,” Greitens said following backlash online for the violent implications of his ad. The ad features men in tactical military uniforms with rifles kicking down the door of a home and throwing a smoke grenade inside. Greitens, also armed, then enters the home, portraying a hunt for those who are “Republicans in name only.”

The ad was released Monday but has already garnered enough backlash to elicit a response from Greitens during a radio interview. Twitter gave the video a warning label for “abusive behavior.”

“I don’t think there is a real person in Missouri who thinks about it literally. Not one. What you’re seeing is a tremendous amount of faux outrage from leftists and RINOs,” Greitens said. “[The ad] has a sense of humor.”

The candidate is also facing allegations of physical abuse. His ex-wife, Sheena, claimed in March to have proof that Greitens abused her and one of their sons as recently as 2019. Greitens has denied the allegations yet faces calls to drop out of the race, even from Sen. Josh Hawley (R-MO).

Greitens was previously Missouri’s governor but resigned in 2018, less than 18 months into his term, after a sex scandal arose in which Greitens was revealed to have taken a photo with a hairstylist during the course of an affair. His wife subsequently divorced him two years later after nearly a decade of marriage.