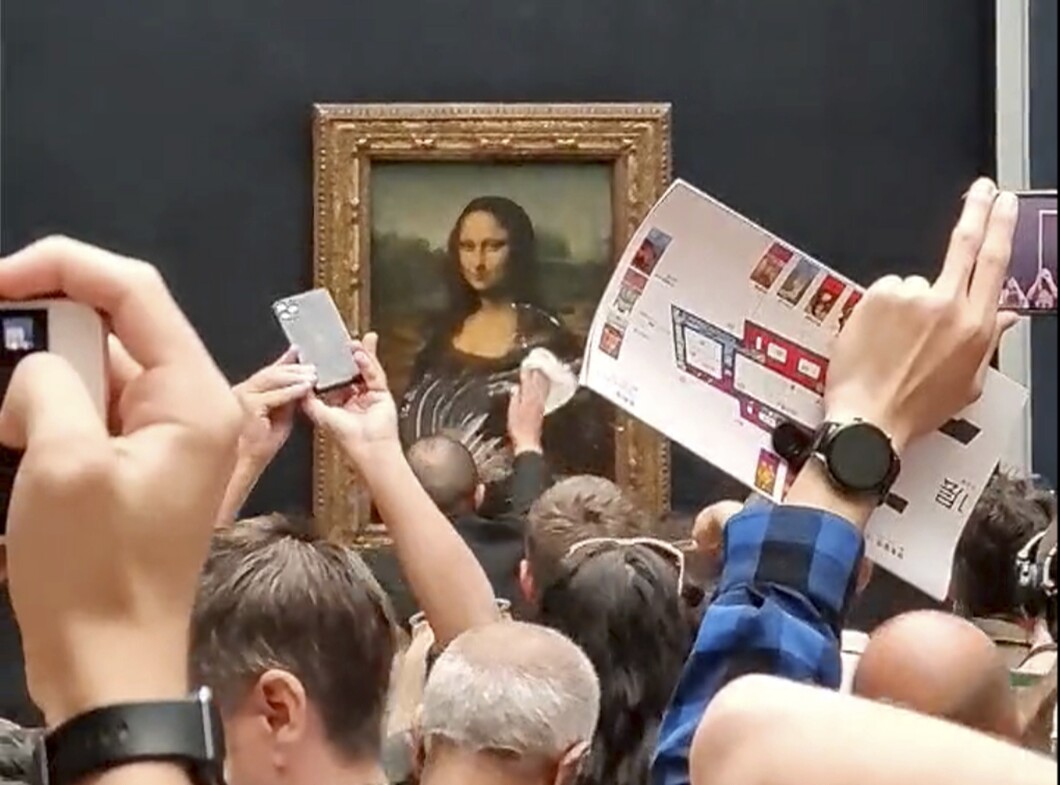 A French man has been sent to a police psychiatric unit after throwing a piece of cake at the protective glass surrounding Leonardo Da Vinci's Mona Lisa in an apparent climate-related protest at the Louvre.

A French man has been sent to a police psychiatric unit after throwing a piece of cake at the protective glass surrounding Leonardo Da Vinci’s Mona Lisa in an apparent climate-related protest at the Louvre.

The man, a 36-year-old whose name has not been released, was dressed as an elderly woman in a wheelchair before he stood up and attempted to break the case of glass protecting the painting on Sunday, according to witnesses cited in news reports. However, he was unsuccessful and threw a piece of cake on the glass. The painting itself was not harmed.

“There are people who are destroying the Earth,” the man said in French, as seen in a video on social media. “All artists, think about the Earth. That’s why I did this. Think of the planet.”

The man also threw roses in the room.

The man was tackled by security and escorted away. An inquiry into the attempt to vandalize the painting has been opened, the Paris Prosecutor’s Office said.

Videos of a staffer cleaning the case, along with images of the glass covered in cake, have been shared on social media.

A man seemingly disguised as an old woman in a wheelchair threw a piece of cake at the glass protecting the Mona Lisa at the Louvre Museum and shouted at people to think of planet Earth. pic.twitter.com/cnaSi2VHfm

The stunt was not the first time visitors have attempted to vandalize Da Vinci’s 16th Century masterpiece. One Louvre employee stole the Mona Lisa in 1911. In another incident in the 1950s, a man threw a rock at the painting and damaged the woman’s left elbow, which prompted the museum to place the painting behind glass.

A Russian woman in 2009 attempted to harm the painting by throwing a ceramic cup at the glass. Although the cup was shattered, the protective glass was unharmed, the AFP reported.

The Mona Lisa has been housed at the Louvre since 1797.