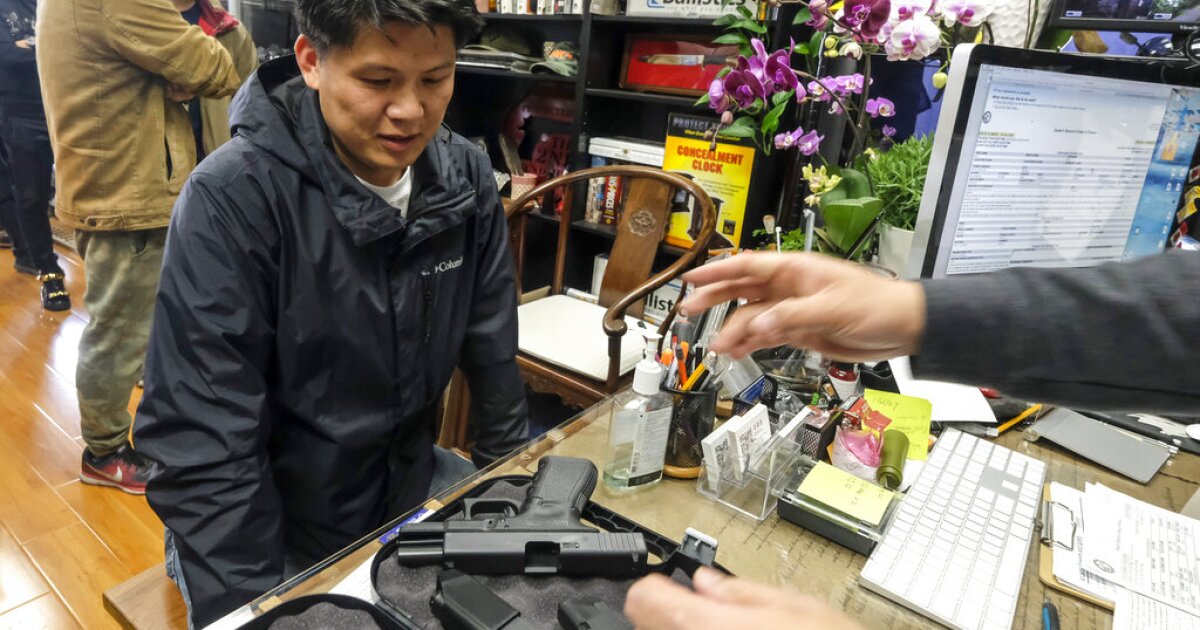 A federal appeals court struck down a California law banning sales of semi-automatic weapons to anyone under 21 years old Wednesday.

A federal appeals court struck down a California law banning sales of semi-automatic weapons to anyone under 21 years old Wednesday.

In a 2-1 decision, the 9th U.S. Circuit Court of Appeals ruled that the law, which has been in effect since last July, infringed on the Second Amendment rights of people ages 18 to 20.

“America would not exist without the heroism of the young adults who fought and died in our revolutionary army. Today we reaffirm that our Constitution still protects the right that enabled their sacrifice: the right of young adults to keep and bear arms,” Judge Ryan Nelson wrote.

The law had also restricted purchases of semi-automatic weapons to one per month, regardless of age.

The Firearms Policy Coalition, a nonprofit group that supports Second Amendment rights and that was listed as a plaintiff in the case, applauded the court’s decision, arguing that it could help challenge other “age-based” gun bans.

“Today’s decision confirms that peaceable legal adults cannot be prohibited from acquiring firearms and exercising their rights enshrined in the Second Amendment,” said Adam Kraut, vice president of programs for FPC, in a statement.

The office of state Attorney General Rob Bonta said it will review the decision and assess next steps.

“California will continue to take all necessary steps to prevent and reduce gun violence. We remain committed to defending California’s commonsense gun laws, which save lives and make our communities safer,” the office said in a statement obtained by CNN.

The ruling was not a complete victory for gun rights advocates in the case, as it will not affect another California law requiring a hunting license for the purchase of rifles or shotguns by adults under 21 who are not members of the military or law enforcement.

“Though I’m disappointed to have the semiautomatic centerfire rifle provisions struck down by the court, I’m pleased that the general provisions of SB 1100, raising the firearm purchase age to 21, is still the law in California,” said Democratic state Sen. Anthony Portantino, who authored both laws. “I remain committed to keeping deadly weapons out of the wrong hands. Student safety on our campuses is something we should all rally behind and sensible gun control is part of that solution.”