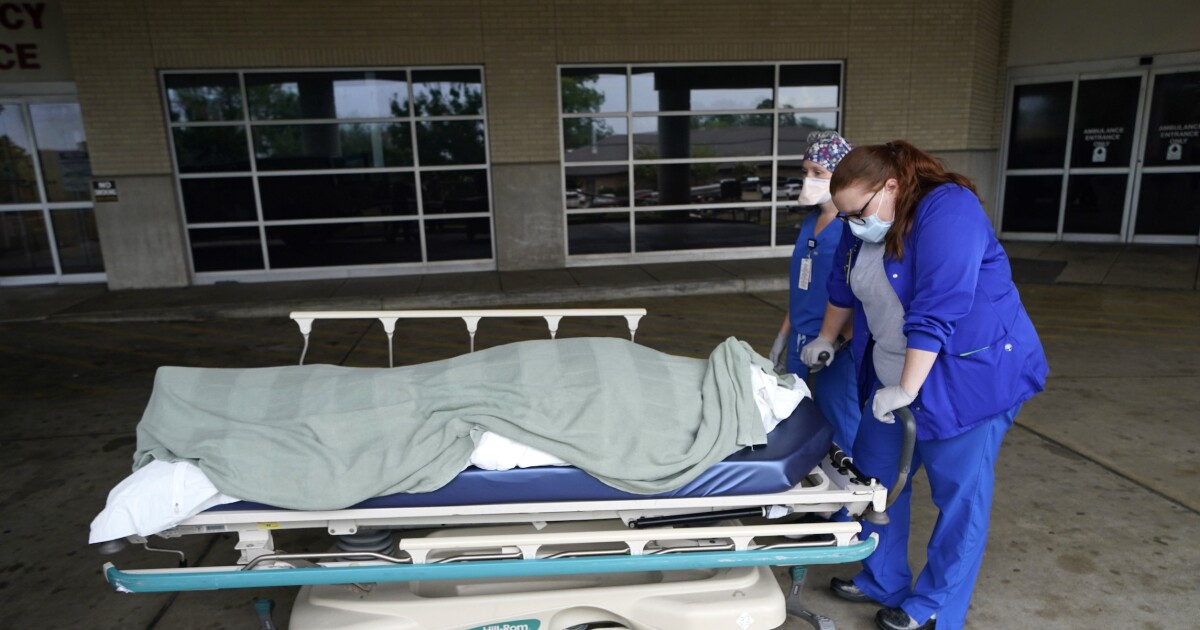 More than 1 million people have died due to COVID-19 in the two and a half years since the pandemic began ripping through the United States, the Centers for Disease Control and Prevention reported Monday.

More than 1 million people have died due to COVID-19 in the two and a half years since the pandemic began ripping through the United States, the Centers for Disease Control and Prevention reported Monday.

Two years ago, a million fatalities linked to the disease was an inconceivable toll. Dr. Anthony Fauci and Dr. Deborah Birx, who formed part of former President Donald Trump’s COVID-19 response team, predicted in March 2020 that, with mitigation measures in place, 100,000 to 240,000 U.S. citizens could die during the pandemic. The projected total number of fatalities without mitigation efforts was 1 million to 2 million.

Roughly 300 people are dying due to COVID-19 every day. That seven-day average is a far cry from weekly totals that exceeded an average of 3,000 deaths daily during the recent omicron surge as well as the severe surge that took place during the winter of 2021.

The U.S. has entered a phase in the pandemic in which the rate of severe infections and deaths has dropped so much that the vast majority of people have resumed their normal lives without much concern for possible infection. But people who lost loved ones to COVID-19 may never reach that kind of normalcy again.

“One million COVID deaths, one million empty chairs around the family dinner table, each irreplaceable,” President Joe Biden said last week at the Global COVID-19 Summit. “Irreplaceable losses, each leaving behind a family, a community forever changed because of this pandemic.”

The Biden administration is already gearing up for a renewed surge in the fall and winter driven by omicron subvariants that evade vaccine protection, as well as waning immunity from vaccines and prior infection. An administration official said earlier this month that the U.S. could see another 100 million cases during a fall and winter surge, as well as thousands more deaths, according to the Washington Post.

The administration is asking Congress to pass billions more in funding to purchase additional vaccines, new treatments, and more tests. The White House has requested about $22.5 billion in funding, while Republicans, who are resistant to greenlighting more spending without seeing a detailed list of expenditures thus far, have indicated they are open only to a slimmed-down $10 billion.

Cases due to omicron subvariants have been increasing steadily over the past month, reaching a daily average of more than 90,000 new cases. The latest case count reflects a 60% increase in confirmed infections over the past 14 days, according to New York Times tracking.

The U.S. has the highest number of deaths due to COVID-19 globally, and even that total is believed to be an undercount. The CDC announced in February that it had counted more than 1,045,000 excess deaths, a metric used in epidemiology that takes the number of people who die from any cause in any given region and period and then compares it with a historical baseline from recent years.

The global total of about 6.2 million deaths is also believed to be an undercount. COVID-19 modeling experts at the Institute for Health Metrics and Evaluation at the University of Washington projected in March that as many as 18.2 million people could have died from COVID-19 between January 2020 and December 2021.