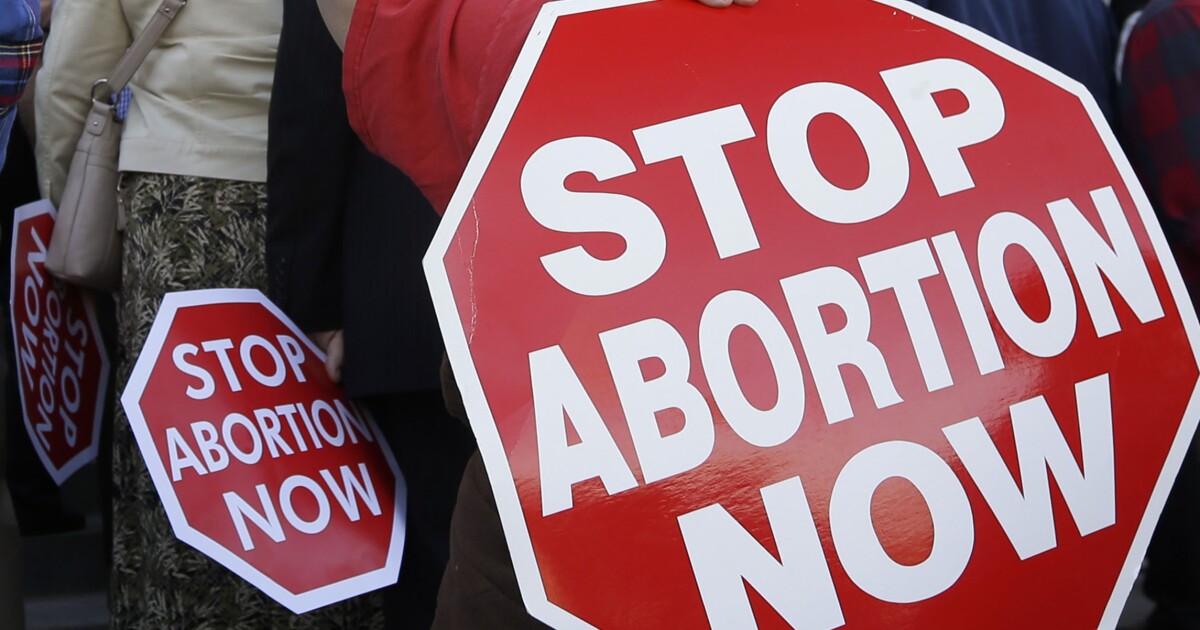 The arrest of an anti-abortion activist on federal charges has touched off a firestorm of criticism and accusations of a double standard in the enforcement of protections for reproductive care centers.

The arrest of an anti-abortion activist on federal charges has touched off a firestorm of criticism and accusations of a double standard in the enforcement of protections for reproductive care centers.

FBI agents arrested Mark Houck, founder of a Catholic ministry in Pennsylvania, on Friday for allegedly violating the Freedom of Access to Clinic Entrances Act, which protects reproductive care facilities of any kind from threats or attacks.

The arrest sparked outrage not just because of the Justice Department’s controversial use of the FACE Act in what critics called a flimsy case but because it came before the FBI made any arrests in more than a dozen more recent cases involving violence against anti-abortion centers.

Houck was accused of shoving a pro-abortion rights volunteer who was escorting patients in and out of a Philadelphia Planned Parenthood clinic. The encounter occurred in October last year, and Houck’s wife claimed that more than two dozen agents descended on their home Friday and arrested Houck in front of his family over the incident.

While the FBI denied sending a SWAT team, it did not dispute that many agents were involved in the arrest.

Two friends of Houck’s claimed on a fundraising page for his family that “agents had guns drawn and shields up in the faces of Mark, his wife, and their seven young children.”

“Mark was handcuffed in front of his family and arrested,” the friends said.

What preceded the federal indictment has contributed to the scrutiny.

Houck’s wife said the pro-abortion rights activist whom her husband allegedly shoved had already attempted to sue Houck over the incident, but a court dismissed the lawsuit.

The indictment of Houck did not mention circumstances reportedly central to the encounter, such as the fact that, according to Houck’s family and friends, the activist had been shouting obscenities at Houck’s 12-year-old son on the day in question and had eventually gotten physically close to the boy as he yelled, prompting Houck to push him away.

“This case is so weak that — look, the district attorney in Philly, he is very far leftist — and he refused to file criminal charges,” Hans von Spakovsky, a senior legal fellow at the Edwin Meese III Center for Legal and Judicial Studies at the Heritage Foundation, told the Washington Examiner.

“The civil suit that this escort who was shoved [filed] was dismissed,” he added. “That tells you a lot about the lack of evidence.”

The statute specifically extends protections to “pro-life pregnancy counseling services and any other pregnancy support facility providing reproductive health care,” a number of which have come under attack since the May leak of a draft Supreme Court opinion revealing that justices intended to overturn Roe v. Wade.

An abortion rights extremist group that calls itself “Jane’s Revenge” has taken credit for at least 18 incidents of vandalism, arson, and property destruction at anti-abortion pregnancy centers, according to a Fox News count.

The Family Research Council, a conservative group, puts the number of attacks on anti-abortion centers much higher — citing 58 incidents, according to its most recent count — but Jane’s Revenge has not claimed credit for all of them.

No arrests were made or publicized in any of the 18 attacks for which Jane’s Revenge has claimed credit.

“Generally speaking, law enforcement is being uncooperative and incommunicative,” Harden told the Washington Examiner. “The FBI seems to have deprioritized any investigation with respect to pro-life pregnancy centers.”

Harden said FBI agents told him in mid-September that they planned to come to the Buffalo center on Friday to assess the height of security cameras, on which the suspects can be seen smashing windows and setting fire to the facility.

But days before the scheduled visit last week, Harden said, the FBI canceled; he said agents told him they had “other priorities.”

Harden said his organization handed over surveillance footage of the attack to the local police, which are working with the FBI, months ago and has been unable to view a copy of the footage despite repeated requests to have the material returned.

He has since sued the Amherst Police Department for the return of the surveillance footage.

An attorney for the town of Amherst told the Epoch Times that fears of politically motivated retaliation from the Right were driving the police department’s concern about releasing the tape.

“You’re aware of all the nut jobs out there with guns and AK-47s, bombing and killing people because they have certain political views,” attorney Stanley Sliwa said.

“It’s unbelievable,” he said. “It’s naive for us to think that it’s anything other than intentional.”

A similar attack against a pro-abortion rights center in Michigan yielded a starkly different result from law enforcement.

Within four days of a man allegedly setting fire to a Planned Parenthood clinic in July, police had arrested the suspect and charged him with arson. More federal charges were later added.

Unlike in the case of the Buffalo attack, police quickly released surveillance photos of the suspect to enlist the public’s help in identifying him.

Von Spakovsky said the FACE Act should be applied equally to both anti-abortion and pro-abortion rights reproductive care centers but that the Justice Department has historically used it only to protect one category of clinics.

“Kristen Clarke is one of the most radical, left-wing ideologies I’ve ever encountered in Washington,” von Spakovsky added, citing his experience working with her years ago when he also worked in the Justice Department’s Civil Rights Division.

Clarke drew fierce opposition from Republicans during her confirmation fight in May 2021 amid complaints from the Right that she was too radical for the post.

Sen. Susan Collins (R-ME) was the only Republican to support her nomination.

“There is no way that she would enforce the FACE Act on a neutral basis, in other words protecting both abortion centers and pro-life centers,” von Spakovsky said. “It’s partisan law enforcement at its worst.”

The FBI said in a statement that it is investigating the attacks on anti-abortion centers but did not respond to questions about whether cases related to specific attacks, such as the Buffalo bombing, remain open.

“The FBI is investigating a series of attacks and threats targeting pregnancy resource centers, faith-based organizations, and reproductive health clinics across the country, as well as to judicial buildings, including the U.S. Supreme Court,” the FBI said. “The incidents are being investigated as potential acts of domestic violent extremism, FACE Act violations, or violent crime matters, depending on the facts of each case.”