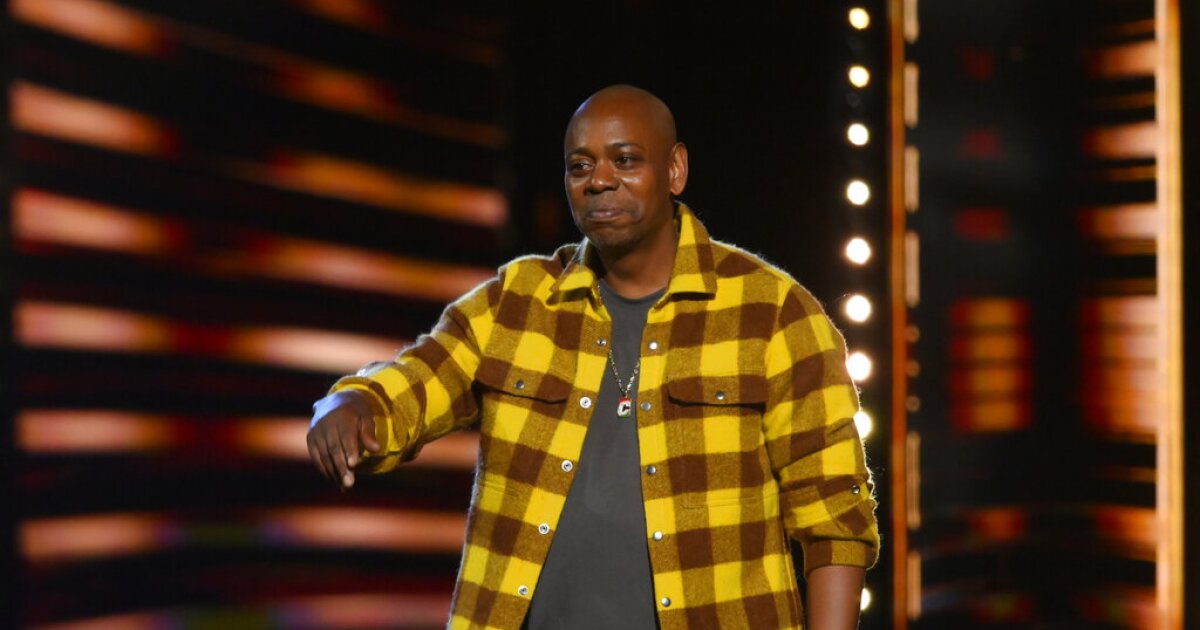 A man rushed the stage and tried to tackle Dave Chappelle during a performance by the comedian in Los Angeles early Wednesday morning.

A man rushed the stage and tried to tackle Dave Chappelle during a performance by the comedian in Los Angeles early Wednesday morning.

The incident occurred at the Hollywood Bowl while Chappelle was onstage, near the end of his stand-up show titled “Netflix Is a Joke Presents: Dave Chappelle and Friends,” according to a report. Video on social media shows a man rushing the stage and diving toward Chappelle while he is holding a microphone. The alleged attacker was reportedly taken to a hospital. It is unknown if Chappelle was injured, but video shows that he continued on with his performance after the attack.

“It was a trans man,” Chappelle joked onstage after the incident.

It is unclear what prompted the attack.

ABC News producer Stephanie Wash tweeted that the attacker ran backstage after he “tussled” with Chappelle and was then “surrounded by security.”

Video of the alleged attacker after the incident showed a man on a stretcher being placed into an ambulance. The man’s arm appeared to be injured.

Fellow comedian Chris Rock was in attendance, according to Wash, and joked with Chappelle onstage after the attack, saying, “Was that Will Smith?”

Rock was slapped by Smith onstage at the 2022 Academy Awards after he made a joke about Smith’s wife, Jada Pinkett Smith.

According to reports, a man was arrested at the Hollywood Bowl armed with a gun and knife. It is unclear if this is the same individual that rushed the stage.

The Washington Examiner has reached out to the Los Angeles Police Department for comment.

Chappelle, 48, faced backlash last year over jokes he made about the transgender community in his Netflix special The Closer.

Transgender activists and social media users put pressure on Netflix to take down the comedy performance. The streaming service company did not remove Chappelle’s special.