For decades, going back to the mid 1980s David Horowitz has been a leader of the anti-communist movement and for America.

For decades, going back to the mid 1980s David Horowitz has been a leader of the anti-communist movement and for America.  In 2021 he released 2 more books to add to his oeuvre of more than 25, The Enemy Within: How a Totalitarian Movement is Destroying America and I can’t Breathe: How a Racial Hoax is Killing America, both published by Regnery.

Horowitz is now a famous and prominent conservative activist, rhetorician and writer of books and essays.  He was a  communist who grew up a red diaper baby of two New York City communist teachers, went to college at Columbia and 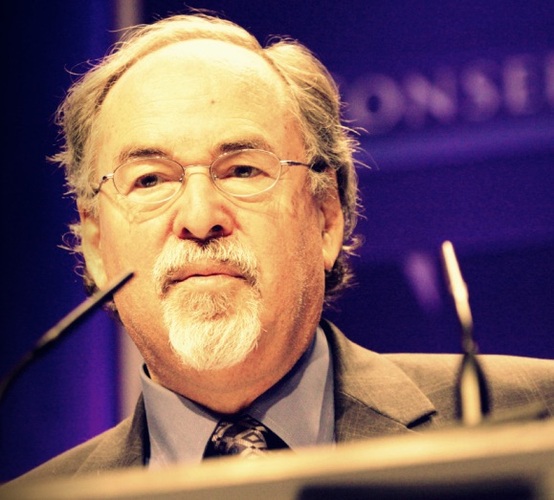 UC Berkeley for graduate school, a tour with Bertrand Russell where he was heavily involved in the anti-Viet Nam, communist, progressive movement of the 60’s.  Then he returned to America as co-editor of Ramparts, published out of San Francisco and the signature Marxist/Socialist magazine in America in the late 60s and early 70s.

During his time as editor of Ramparts, Horowitz became very involved with the Black Panthers and Huey Newton and that led to a life-changing event.  He recommended his friend and professional colleague Betty van Patter as accountant for the Black Panthers, who had some grants for racialist projects in Oakland.  But when van Patter advised the Panthers to avoid illegal use of the grant moneys, the Panthers murdered her and dropped her body in San Francisco Bay.

Horowitz retreated from political activity for a time and in the mid 1980s went public as a conservative supporter of Reagan and that was the beginning of new role that has continued to this day.  Horowitz continued to write and speak, created an activist anti-communist conservative advocacy project named the David Horowitz Freedom Center, with an arm called Discover the Networks, that does research and publishes studies on leftist/communist/Islamist front organizations.  He wrote and advocated for academic freedom and against the racialist/crit theory/progressive/socialist/ anti-America agenda.  He has been and is strong supporter of Donald Trump’s agenda to restore American values and reject the “woke” progressive agenda.

The Enemy Within is a fast-paced book that is 200 pages of text and is heavily referenced for the scholars and curious.  In the first chapter Horowitz sets the table with a discussion of the ideological forces afoot in America to tear it down.

In the introductory discussions, Horowitz covers a lot of ground about the domestic enemies of America in and out of government. He also identifies and discusses major public figures and exposes the malevolence of the left in detail.  In sequence, Horowitz discovers the ideological underpinnings—identity politics, cultural Marxism, racialism, efforts to harass and cancel the opposition, highjack the social and economic and religious institutions to accomplish the “march through the institutions” advocated by the 1930s Italian  commie Antonio Gramsci.

In the middle chapters he focuses on events and trends as well as major malefactors in the racialism/ progressive/crit theory movement, the race protests, intimidations and the public disruptions movement directed at all things American—from public violence to harassment of opposition and blocking the opposition from speaking.  Special attention is devoted to the impact of race hustlers and the communists that use race to denigrate and destroy the American society.

In chapter 8, he returns to ideological issues in identifying domestic seditionists and promoters of Orwellian dystopian changes in American government and social fabric.  The final chapters cover the salutary impact of Trump and the exposure of the deep state and dystopian oligarchic tyranny; the challenge of reversing the march through the institutions and the corruption of government by leftist progressive oligarchy in academic, media, and corporate America as well as the deep state, that have as a goal a one-party totalitarian state.

Dinesh D’Souza: “David Horowitz has firsthand knowledge of who these people are, how they act, and how they think”

I Can’t Breathe is easier to summarize for my purposes because it is an in-depth and insightful book on the white cop/black criminal events of the past decade used as an excuse by communist racialist revolutions to tear the country apart and enshrine racialism as a new religion, with various black criminal types as patron saints.

I reviewed the many events investigated by Horowitz and blown up by the media into race events, and Horowitz does a good job of exposing the lies and deceit. You will recognize a good number of the many cases.

I also appreciate the assiduous effort of Horowitz to debunk the claims of the racialists with the facts of the cases as well as the statistical proof that blacks are disproportionately inclined to criminality, particularly violent criminality.  Horowitz shows that the ginned-up complaints about unequal justice are easily disproved, and he provides the evidence.

Larry Elder: “Horowitz blows the lid off Black Lives Matter lies and exposes the damage the movement has done to the black community.”