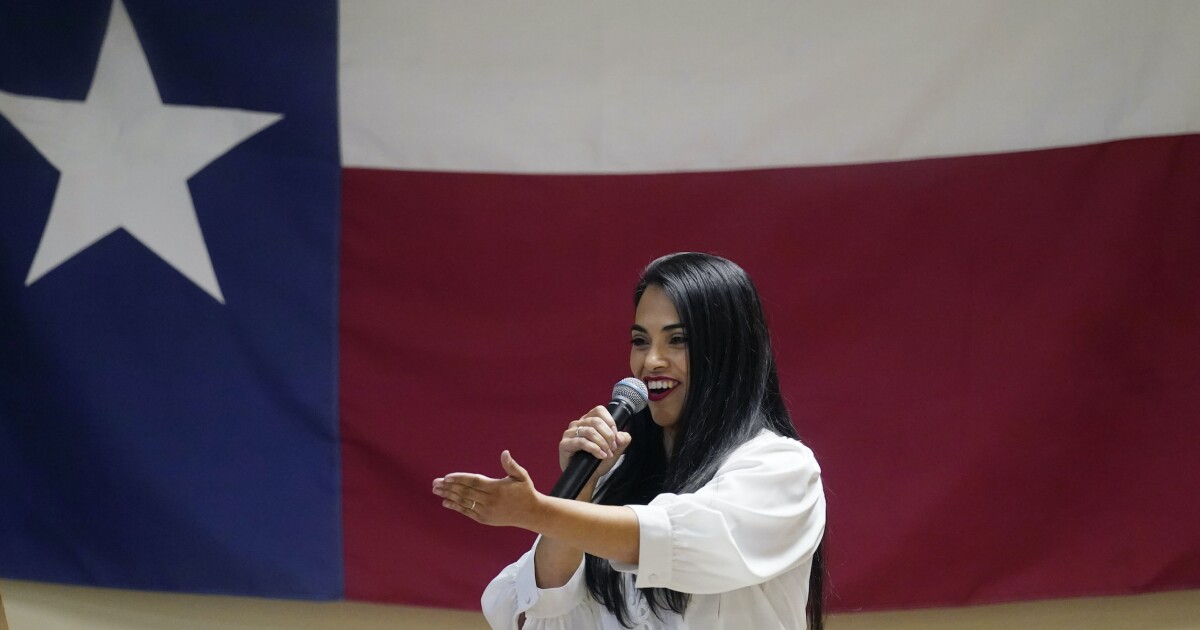 Flores’s flip specifically frustrated some House Democrats, and their frustrations played out on social media after Flores posted an inaccurate tweet.

As a proud #WalkAway I can honestly say it was one of the best decisions I ever made in my life. If you voted for Biden or stayed at home in the 2020 elections, don’t make the same mistake in 2022! I am the first Mexican Born American Citizen to be elected into Congress 🇺🇸 #TX34

They really just be saying anything these days 🤣🤣🤣

Flores did not remove her inaccurate tweet but claimed she was facing attacks from the “far left” because her ancestry does not “fit their narrative.”

I am the first Mexican-born American Congresswoman ever elected in congress and I won’t allow the far left to take that away because it doesn’t fit their narrative.

The social media feuding comes as Democrats, particularly Latino Democrats in the House, are dismayed by the loss of the seat as they seek to maintain their House majority this year. House Republicans need to net five seats in the 435-member chamber to claim the majority for the first time in four years.

In a Politico report, some Democrats pointed to the Democratic Congressional Campaign Committee and its allies, which spent a small sum on the race in its waning days rather than getting involved earlier, as some members had pushed for.

“I hope the DCCC learns their lesson with this before it happens across the country,” Rep. Vicente Gonzalez (D-TX) said. Gonzalez will run against Flores in the fall in the 34th Congressional District, which was reconfigured in the redistricting process. Gonzalez currently represents a neighboring Rio Grande Valley district, but the new one, which goes into existence when the new Congress is seated on Jan. 3, 2023, is more favorable to Democrats.

Nonetheless, Gonzalez expressed his displeasure at Democratic campaign tactics in the region, or lack thereof.

“They have just forgotten about the brown people on the border,” Gonzalez said. “And that’s basically what it is. I’m not going to try to sugarcoat it anymore. They are taking Latinos in South Texas for granted.”

One notable aspect of Flores’s win is that she will be the first Republican to represent the Rio Grande Valley in Congress since the post-Civil War Reconstruction era.

Republicans argued that the victory is part of a wider trend in the region, where for several election cycles the party has made inroads in areas that have been reliably Democratic for decades.

Flores won an all-party primary to replace former Democratic Rep. Filemon Vela, who resigned earlier this year for a job at a Washington, D.C., law and lobbying firm. The historically Democratic 34th Congressional District stretches from the U.S.-Mexico border at Brownsville, Texas, north for hundreds of miles.

“The DCCC, DNC, and other associated national committees have failed at their single purpose of existence: winning elections,” Collin Steele, Sanchez’s campaign manager, said in a statement. “The loss in TX34 was a complete and total abdication of duty.”