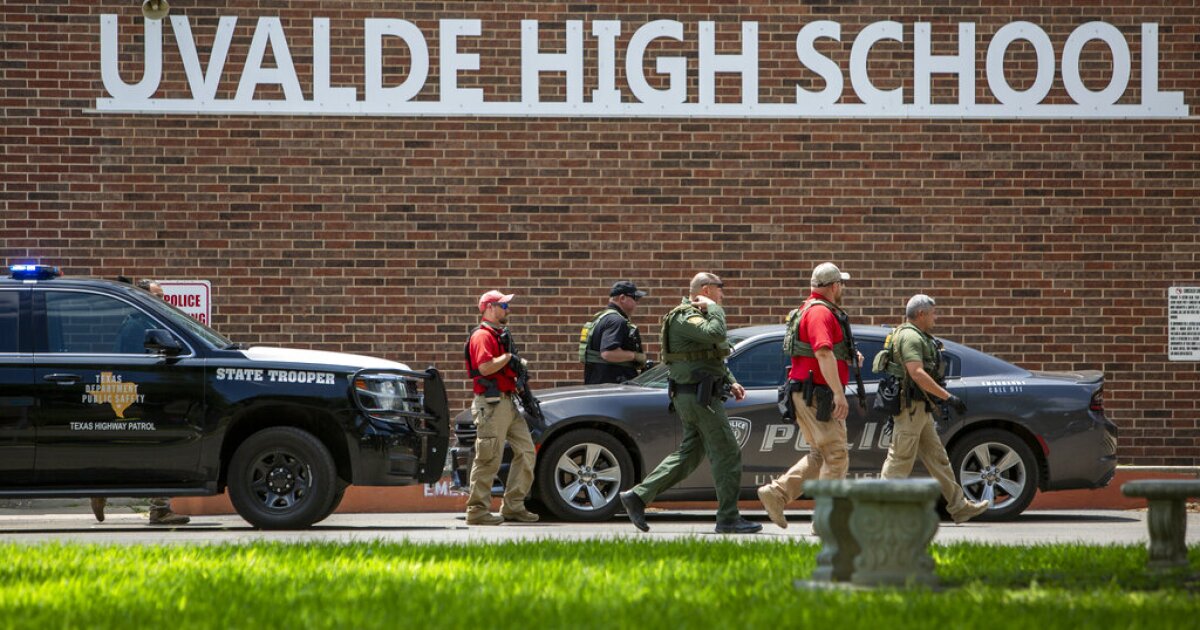 As their party pushes for gun control measures, some Democrats are seeking to reframe the national rise in crime as a gun issue — even though increasing violence has seemingly little relationship to gun laws.

As their party pushes for gun control measures, some Democrats are seeking to reframe the national rise in crime as a gun issue — even though increasing violence has seemingly little relationship to gun laws.

Much of the Democratic rhetoric surrounding the need for gun control continues to focus on the specific threat of mass shootings in the wake of back-to-back massacres in Uvalde, Texas, and Buffalo, New York.

But some of it has pivoted to the more general problem of gun violence, for which Democrats have presented gun control as the answer.

“The pace of everyday gun violence has dramatically escalated over the past two years,” Sen. Chris Murphy (D-CT) said Sunday on ABC’s This Week.

“When we’ve had over 200 mass shootings in our country already and we are barely in June, let’s all agree, we got to do something, and it’s within our power to do it,” Vice President Kamala Harris said on Saturday.

Harris appeared to cite a figure from the Gun Violence Archive that has popped up frequently in recent Democratic messaging. The number, however, includes gang violence, burglaries, and other crime-related shootings that have little to do with the cold-blooded attacks of the past several weeks.

“It’s a quirk of our politics in this country that crime is seen as a Republican issue and gun violence is seen as a Democratic issue,” David Hopkins, political science professor at Boston College, told the Washington Examiner.

“There is certainly a political interest in framing gun-related crime as something that Democrats have the answer for rather than Republicans, and to frame it as an issue about gun regulation,” Hopkins said.

Violent crime has spiked significantly over the past two years. In 2021, homicides nationwide rose 44% over 2019 levels, according to the Council on Criminal Justice. Some cities saw even greater increases since the start of the pandemic.

The proliferation of violent crime since 2019 has occurred without significant loosening of gun laws, suggesting something else bears responsibility for the trend.

Ari Fleischer, former White House press secretary during the Bush administration, suggested the Democrats’ attempt to fit rising crime into their narrative about guns will have limited appeal.

“I think that argument will work for liberal Democrats who have always yearned for gun control,” Fleischer told the Washington Examiner. “It won’t work for most independents, ticket-splitters, or Republicans, who understand the root cause of crime is people who are violent, regardless of what tool they use to accomplish their violence.”

Some cities that are experiencing surges of crime have even tightened their gun laws within the last decade.

Portland, Oregon, for example, implemented a law in September 2021 that required all guns not in use to be stored in locked containers.

The gun reform came as the city broke a homicide record that had stood since 1987.

The surge followed the passage of a gun control package in 2018, when Washington state’s voters approved a ballot initiative that, among other things, raised the minimum age at which an individual could purchase a semi-automatic firearm and required a 10-day waiting period for customers looking to purchase a gun.

While significant spikes in violence have seemingly little correlation with gun laws — Chicago, many Republicans have argued, has consistently seen high levels of violence despite its strict gun controls — the increases do correspond with a shift leftward in many cities’ approach to law enforcement.

“[It’s] pretty rich coming from the party that has actively sought to defund police and has embraced the [George] Soros-funded radical DAs to then point to the awful results of that insanity to advance more of their insanity,” Ryun told the Washington Examiner. He was referring to a group of liberal district attorneys that have enjoyed the political support of George Soros, a major left-wing donor who has championed criminal justice reforms that decriminalize many lower-level violations.

Crime has exploded in Philadelphia in the four years since Larry Krasner, a Soros-backed district attorney, was first elected. Krasner has pushed reforms that ended the cash bail system and reduced jail times.

Murders are up so far this year in Philadelphia following two years of already-significant increases in the city’s homicide rate.