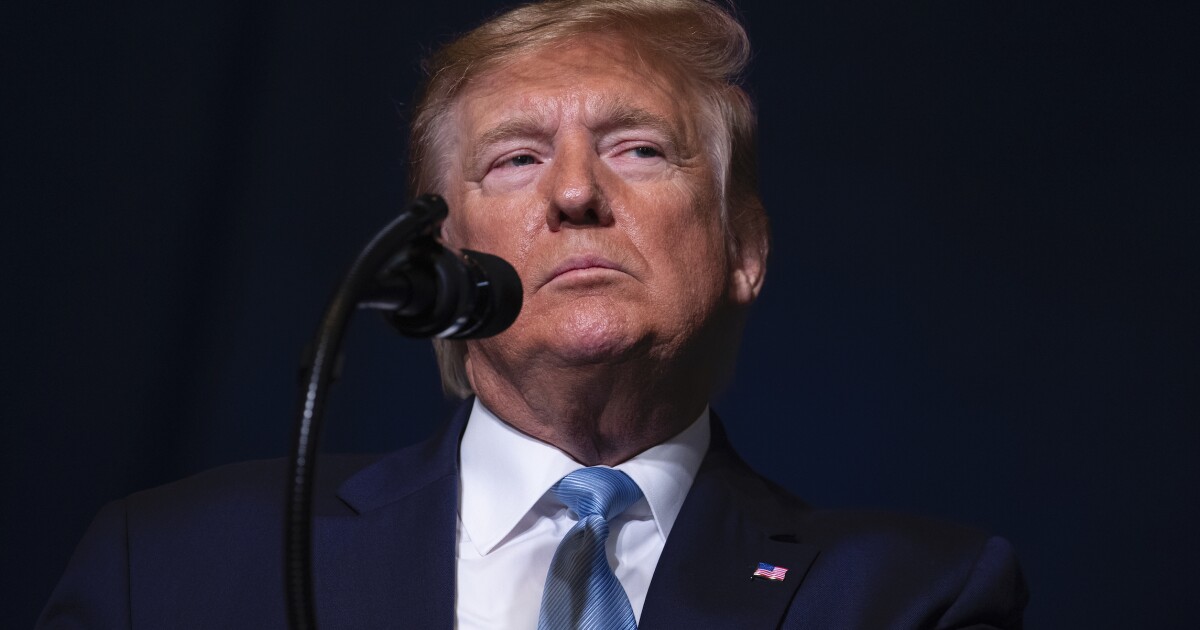 HUNTSVILLE, Alabama — Betting against Donald Trump has always been a risky proposition, unless you’re President Joe Biden. But cracks in the former president’s invincibility are evident, as I discovered here this week in conversations with Republican voters.

HUNTSVILLE, Alabama — Betting against Donald Trump has always been a risky proposition, unless you’re President Joe Biden. But cracks in the former president’s invincibility are evident, as I discovered here this week in conversations with Republican voters.

Alabama, I needn’t remind you (but I will anyway), is not just any red Southern state. Alabama has been especially enamored by the 45th president since the dawn of the Trump era. And Republicans here still do hold deep admiration for Trump and all that he accomplished during his single term in office. Yet even here, where Republican candidates he did not endorse, or unendorsed, pledged their loyalty anyway, a hankering for fresh leadership in 2024 is beginning to build among grassroots conservatives.

“He’s a sore loser. I think he needs to stay out of the next election,” said Nancy Vreuls, who spoke to me Tuesday evening in Huntsville, in northern Alabama. Vreuls was attending what turned out to be an election night wake for Rep. Mo Brooks, who lost a runoff election and with it his bid for the Republican Senate nomination to Katie Britt. Who would Vreuls prefer instead of Trump? Gov. Ron DeSantis (R-FL), among others.

To be sure, there is intense frustration with Trump among Brooks supporters, who found the former president’s decision to withdraw his endorsement of the congressman and throw in with Britt to be petty at best and unconscionable at worst — not to mention counterproductive to the “America First” agenda he claims to champion.

But whatever the initial reasons Republican voters might have for reconsidering Trump as their standard-bearer, it can lead to a broader reevaluation that ultimately undercuts the strong backing among the grassroots that he enjoys at the moment. “His policies are great. His personality was so bad,” said Frank Zawada, a retired Air Force lieutenant colonel who also showed up to rally for Brooks as he awaited the election returns.

PRO-TRUMP REPUBLICANS ARE ON THE RISE, EVEN AS HIS ENDORSEES FALL IN PRIMARIES

Zawada told me he feared Trump would galvanize Democratic turnout and turn suburban women against the GOP in 2024, much like in 2020, no matter how much the Democrats are struggling heading into this year’s midterm elections. William Smith, another Brooks supporter, said he wants a candidate who embodies America First policies. And Smith said he’s open to voting for a 2024 candidate other than Trump because, like Zawada, he wants “to make sure we win the White House next time. And I want the candidate that’s going to be able to win the next election.”

A day earlier, I heard more of the same in southeastern Alabama, in the state’s rural wiregrass region. Donnie Chesteen, a Republican state senator who represents a district in this culturally and politically conservative slice of Alabama, said feelings about Trump are “mixed” among his constituents.

“You’ve got some that want him to run again. You’ve got others that wish he would get behind DeSantis,” Chesteen explained. The advantage DeSantis enjoys over Trump among Republican voters who favor him is that he is viewed as presenting the party with “the best of both worlds” — in other words, the best of Trump’s fighting spirit but more effective at turning conservative policy into law.

None of this necessarily means that the end is nigh for Trump, among the more resilient politicians of the modern age.

He survived two impeachments and the stain of the Jan. 6 ransacking of the Capitol, and he is, as of this writing, still the front-runner for the Republican nomination in 2024, if he chooses to run. That’s in part due to the extraordinary relationship he has cultivated with grassroots Republicans, as some of them reminded me this week here in the Yellowhammer State.

“I’m for Trump,” said Marlon Norwood, a Britt supporter who lives in the wiregrass. “I’d rather have him. He’s the first businessman we had up there. He got things straight.” Trump ultimately endorsed Britt, though she was headed to victory in the runoff with or without the former president’s backing.

Even some Brooks supporters are willing to look past the shabby way Trump treated the Alabama congressman, whose relationship with the 45th president has been a complicated one but who was among Trump’s most loyal soldiers since he won the White House in 2016. “Trump needs to come back,” Vicky Bryant, a dejected Brooks supporter told me, waving off the business about the pulled endorsement as irrelevant.

Illinois’s 15th Congressional District. The Republican primary pitting Reps. Rodney Davis and Mary Miller against each other is shaping up as another proxy battle for exactly how much control Trump has over the Republican Party. It’s also getting downright heated, with voting in next Tuesday’s contest now just days away, as my Washington Examiner colleague Juliegrace Brufke discovered during her trip to the newly configured central Illinois 15th District. Davis and Miller, who was endorsed by Trump, were thrown against each other by redistricting. Now, they’re trying to throw each other out of Congress. Davis is accusing Miller of being a showhorse who cares more about getting on television than getting things done in Congress. “That’s not going to be me,” he told Brufke during an interview in Springfield. “Washington, D.C., should not be the only level of government that we don’t expect to function.” Naturally, Miller is calling Davis a “RINO,” or a “Republican in name only,” and attempting to shame him for supporting certification of Biden’s Electoral College victory and voting to create a bipartisan commission to investigate the Jan. 6 Capitol siege by Trump’s grassroots supporters. Trump is headed to the district this weekend to rally for Miller.

Pennsylvania Senate race. It’s out with the primary, in with the general election … strategy, that is, for Dr. Mehmet Oz, according to a fresh report from Axios. Since defeating David McCormick in a hard-fought Republican primary, Oz has moved to shed his brand as the Trump-backed candidate in that nominating contest, branding that no doubt helped him win that race, in favor of an image, and imagery, more appealing to the broader swath of voters expected to participate in the November general election. It’s smart politics and typically what nominees do — run to the center after running to the Right or Left, depending on party affiliation. Oz’s bid against the Democratic nominee, Lt. Gov. John Fetterman, in this battleground state will not be easy for a variety of reasons, even though the midterm elections are shaping up as a Republican wave. The key question, however, is whether Trump is sympathetic to Oz’s obvious political considerations or whether he finds this new look from the celebrity heart surgeon offensive and decides to fire off a litany of critical statements that have a negative impact on his support among grassroots Republicans.

2024 watch. Yeah, it’s just one poll, and yeah, it’s only June 2022. But Trump might not see it that way. In a new survey from the University of New Hampshire, DeSantis narrowly led the former president in a hypothetical matchup of 2024 contenders in the “first in the nation” primary state. New Hampshire votes second on the GOP presidential nominating calendar, after Iowa’s caucuses. In the poll, conducted June 16-20, DeSantis outpaced Trump 39% to 37%. All other GOP contenders trailed significantly, with former Vice President Mike Pence at 9%, former ambassador Nikki Haley at 6%, and everyone else at 1% or below. The margin of error for this sample of likely GOP 2024 primary voters was 5.5 percentage points. The most intriguing portion of the poll might be the questions that measured Biden vs. Trump and Biden vs. DeSantis among all likely voters. These queries revealed that DeSantis performed better against the president than did Trump. DeSantis edged out Biden 47% to 46%, while Trump trailed the incumbent 50% to 43%. The error margin for the full survey was 3.2 points.