If the elite's computer models can't do a decent job on forecasting inflation, how come we should put any faith in your climate models or your accusations of "disinformation?"

Wouldn’t you know, the august central bankers at the Bank of England just admitted that they “underestimated” inflation, as inflation in the UK heads north of 11 percent.

Just like our own august central bankers at the Federal Reserve Board who were telling us that inflation was “transitory” until the day before yesterday.

I have a question for you noble rulers. If your computer models can’t do a decent job on forecasting inflation, how come we should put any faith in your climate models or your accusations of “disinformation?”

I have a feeling that you guys “know nothing” more than Sgt. Schultz, who made sure never to know anything that might shorten his lunch break.

I think that even Col. Klink would suspect something was cocked-up on the inflation front, when the S&P rose 40 percent in two years from January 2020 to its peak in January 2022. And the S&P/Case-Schiller Home Price Index has risen 39 percent from January 2020 to March 2022 with no peak in sight just yet.

I am “shocked, shocked” that the 40 percent number is shared between stocks, real estate, and M2. Any gambling going on, Capt. Renault?

If I were a betting man, I would say that consumer prices have only just started to surge. Prices were up less than 2 percent in 2020, but are up 12 percent since January 2021. So my fearless forecast, based on nothing but disinformation, is that by the time that the current “transitory” phase ends, consumer prices will be up 40 percent over January 2020, the day before the start of “haha money printer go brrr.”

Of course, I don’t have any sophisticated inflation computer models on hand, of the kind enjoyed by the most eminent MMT-trained economists, so what do I know?

I’ll tell you what I do know. A government that is governing on the basis of the best science, with competent bureaucrats in the central bank and the health bureaucracy, doesn’t have to stoop to Disinformation Governance Boards in order to defend its narrative. It is committed to the best science, and if folks out there in the hinterland have a problem with the government’s science, then the first thing that a competent government does is check its numbers and its computer models and respond with an honest analysis of the critiques of its bureaucrats. 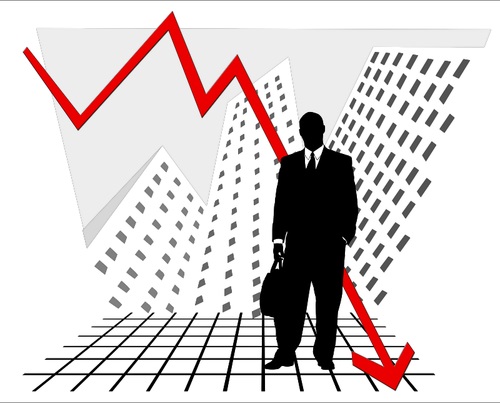 Whenever a government stoops to a “disinformation” accusation it is flagging that — as the Brits say — it has lost the plot, only it can’t admit that its policy was thrown together by a bunch of lifer bureaucrats, their favorite lobbyists, a score of grant-whore scientists, and a troop of congressional aides.

And by the way, I tend to excuse the social media/big tech guys on the disinformation front. I’m not a betting man but I expect that, in the years to come, we will find out just who were the guys that took the “nice little business you got here, pity if something should happen to it” message to the Zucks and the Googles and the Gaddes of the world and taught them to love Big Brother and fight “disinformation.”

I remember back in the 1990s reading that Bill Gates initially thought he was going to keep Microsoft free of politics. Then the government got interested in Microsoft in 1990. And Bill had to hire lobbyists like everyone else. Here’s my blog post from 2014 on corporations and Obamacare and liar loans and good-ole Warren Buffett. Warren Buffett?

His insurance business makes a ton of money on life insurance for small businesses so their heirs can have cash to pay estate tax.  And he also likes to buy businesses when the principals die and the business needs to be sold quickly to pay estate tax.  And he’s making a ton of money with BNSF oil trains while new pipelines like the Keystone XL are held up by coal-speculator Tom Steyer and his green friends.

Did you know that Warren Buffett also helps fund the abortion machine?

In the next year, I expect my IRAs will go way down, consumer inflation will go way up, recession will kill the economy, and real estate will crash. All on Joey’s watch. No wonder he took a tumble off his bike. It’s hard to keep your balance when you’ve turned the whole world upside down.

This just in from Sgt. Schultz: “I know nothing about the Colbert Schiffers let into the Capitol!”