Who says things are better when they are diverse?

Diversity, the integration of people with widely diverging cultures, colors, and persuasions, is not always good.  Nor is diversity always the best idea for a group or nation that wants to cohere in its traditions and remain functionally intact.  It has become a glib aphorism, almost received scripture that “diversity is our strength,” but the reality does not bear that out, and I have seen no evidence that it is always true.  Quite the contrary.

Sohrab Ahmari, author of The Unbroken Thread, opines that when a population devoted to specific traditional ideals that emerge from their religious or ethnic heritage gets too diverse, that population fractures and loses cohesion.  Introducing diverse foreign ideologies into a close-knit population can destroy it more easily than enhancing it.  If a group of Mennonites or Amish, for example, were to encourage diversity of faith and practice, it would risk disintegration of their unique culture.

The same is true of most Christian churches, ethnic groups such as Sons of Italy, Hasidic Jews, and groups like our armed forces.  Such diversity of ideas would promote not cohesion and expansion, but fragmentation.  As for a “diverse” military, if America cannot agree on a common idea in her defense — equality, freedom, and liberty for all — she cannot defend herself against a common enemy and is doomed.  CRT (diversity by another name) among the military is a death sentence for our country: a general whose troops are divided along racial or cultural lines, which is what forced diversity brings, cannot fight a winning defensive war for America’s survival with such fragmented troops.  I am talking not about color, but about different ideas of what America should be about and why it should be defended.

Maintaining the homogeneity of a group is self-preservation for a specific purpose — perpetuation of the tenets of the group, not perpetuation of the society at large.  Progressive diversity commandants call their invasions of cultures and groups “progress.”  Too often, it is regress for the group involved, and many times it is oblivion.  There is nothing wrong with a group saying they want things to remain as they are.  After all, many people worked hard to form that group under a certain set of ideas.  Who is anyone to say it is not valid because it is not “diverse”?  And why is diversity good and non-diversity bad?  It is not self-evident.

Diversity advocates claim that meritorious behavior, being on time, working hard, self-denial, and delayed gratification are “white values.”  This is what anti-white racists have managed to inject into traditional groups and organizations through DEI, “Diversity, Equity, Inclusion.”  Such once-traditional groups are now divided into two: the original group that was doing fine and thriving until diversity despots got hold of it, and the now-diverse group, which survives by creating division.  The new now-diverse group pits the races and ethnicities against each other, destroying cohesion.

Diversity is often used as a crowbar to pry loose the solid, sound underpinnings of an organization or group and replace them with fundamentally different struts, creating a different group altogether and redefining what the original group once stood for.  That isn’t “diversity”; it is replacement.  Perhaps that is the real goal of the diversity pimps.

A 2019 study on the subject of whether or not diversity is a good thing was done by the University of Copenhagen’s Merlin Schaeffer, Peter Thisted Dinesen, and Kim Mannemar Sonderskov of Aarhus University.  The study, entitled “Ethnic Diversity and Social Trust: A Narrative and Meta-Analytical Review,” revealed that the forced integration and promotion of people with widely divergent cultural practices is indeed not a strength but a weakness.  The meta-analysis of 1,001 estimates from 87 studies concluded, “We find a statistically significant negative relationship between ethnic diversity and social trust across all studies.”

Historically, diversity (here defined as the influx of different-culture people into a homologous population) is supposed to create cohesion.  Supposedly, diversity creates spiritual, intellectual, and cultural growth.  But although many people prefer to live with people who are different from themselves, many do not, preferring to live among like-minded people.  There is nothing racist or bigoted about wanting to be in the company of like-minded people.  It is called freedom of assembly.

We who choose to stay among the like-minded have come to be viewed by our alleged betters as closed-minded, bigoted, deplorable, and narrow, while the pro-diversity people have come to be viewed (by themselves) as open-minded, worldly, sophisticated, tolerant, intelligent, and generous.  This is so deeply flawed an assessment that the cultural alphabet chowder of CRT, DEI, SEL, ESG anti-white, anti-Christian, anti-conservative, anti-Jewish wokeness that has stabbed the country with its divisive, hateful daggers has created the broadest, most pervasive division American culture has seen in modern times.  Anti-Semitism and attacks against Jews are also extremely high, according to FBI statistics.

Diversity can heal, or it can kill.  It is readily apparent that in today’s America, the patient, our culture, has taken a near-fatal overdose of diversity and is in extremis.  Groups whose survival depends upon the maintenance of deeply held traditions cannot afford the kind of forced diversity promoted by toxically woke race and culture hustlers.  Such diversity often dilutes valuable traditions and cohesion and leads to the dissolution, not the cohesion of a culture, a group, a religion, a family, a business.

Traditions, whether in races, religions, or cultures, are often beneficial glue.  But modern diversity loosens that glue and fragments purpose.  I have never bought the “diversity is our strength” bromide from the agenda-driven leftists.  As time passes, my frugality has proved accurate.  Little good has come from the many diversity programs.  Instead, the least meritorious have risen to the top, and it shows.

No one with sense has problems with people of different colors and ethnicities just because they are different.  Xenophobia and racism are not what is being discussed here.  People of all flavors who are kind, honorable, and decent, who have no political agenda, and who treat people well are not the problem.  But we do have problems with being told by our alleged betters that we are bad people because we object to whites and Asians and other groups being discriminated against.  For some reason inexplicable to sentient beings, we are told by diversity devotees that certain select people deserve favors, and others do not.

Forcing diversity is a bad idea.  It is not at all different from coming into my living room uninvited and saying, “Here.  Drink this.  You’ll like it.”  Thanks, but I don’t drink hemlock.

I will choose my own friends and compatriots without the help of diversity coaches. 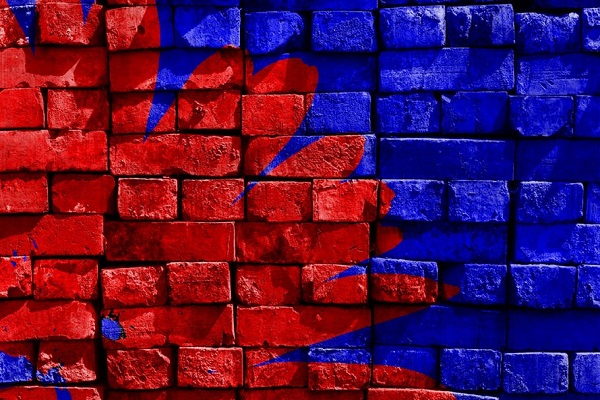