This writer recently was invited to participate in an online tele-workshop about the “pedagogy of kindness.”  The invitation linked the recipients to an article about the pedagogy of kindness written about three years ago.  In that article, the author contrasted certain prevalent approaches to education with the approaches of the kindness pedagogy that she advocates.

By presenting this dichotomy, it seemed that she was ignoring the advice given so wisely by Aristotle about 2,400 years ago: that the ethical person should seek the Golden Mean between the extremes of Excess and Deficiency.  In this case, the Excess would be Adversarial, and the Deficiency would be Compassionate.  The adversarial would be an excess because it would ignore individual learning distinctives such as attention span, cognitive focus, and restlessness.  The Deficiency would be at the Compassionate end of the spectrum which puts the meeting of the students’ needs at the forefront of education, thus over-emphasizing the subjectivity of the student at the expense of learning itself, which is not subjective.  Learning how to read, to understand geography, to multiply, etc. is not subjective activity.  Each discipline requires the commitment of the student, which includes his attention, willingness to follow directions, innate aptitude, and zeal to know that which, on his own, he would be unable to learn.  Therefore, the Golden Mean in this case would be Responsibility.  The person seeking virtue and guided by reason would seek the Mean of Responsibility as part of the general task of developing habits of virtue.

Other oppositions were also established by the proponent of the pedagogy of kindness — those between compassion for students and dehumanizing students and between meeting needs of learners and obsessing about goals of understanding.  This overemphasis on the meeting of needs has moved to the forefront of many thinkers for two reasons.  First, Marxism, with its principle of “from each according to his ability, to each according to his needs,” has increasingly permeated the thinking of many people who should know better.  For example, the United Nations’ Universal Declaration of Human Rights, composed at the founding of the U.N. after WWII, has the word “rights” in almost every sentence.  Yet their latest major document, Agenda 2030, is replete with references to “sustainability” and “needs” throughout, with the word “rights” relegated only to one use in Section 19 out of 91 sections.

Additionally, needs were emphasized by the progressive-but-not-avowed-Marxist Abraham Maslow in the 1940s with his much touted “values hierarchy of needs.”  Under this programmatic approach to understanding the human condition, there is a hierarchy, with physical needs at the bottom and the meeting of higher “needs” (supposedly) like moral values and creativity occupying a higher (but smaller) place on his pyramid (really a triangle).

John Dewey’s educational philosophy added another dimension to this needs-based approach.  His philosophy requires adjustment of the child to the social order, development of happy and capable workers for the industrial society that had emerged at the end of the 19th century in the USA, and constant work to enhance the dynamics of classroom cohesion.  You, the reader, are undoubtedly aware of the irony that this false philosophy of classroom and social adjustment has produced some of the most disruptive classrooms in the world, especially in our large urban areas.

The philosophy that pulls and pushes against this needs-based pap and sap was developed to its highest point by the great Protestant Swiss educator, Johann Pestalozzi, who published How Gertrude Teaches Her Children in 1801, subtitled “an attempt to help mothers to teach their own children and an account of the method.”  Pestalozzi thereby does not make a false dichotomy between love (his is a treatise for mothers, who love their children more dearly than any teacher possibly could) and the desire of the responsible parent to bring his child to an understanding of the world in which he is living, and a knowledge consistent with nature, with his immediate environment, with the nature of knowledge itself and reading, and with the logic inherent in the known world.  Thus, in a practical sense, Pestalozzi — within the context of a mother’s selfless love — seeks to address the practical application of the philosophical understandings of such luminaries as John Locke, René Descartes, Jean-Jacques Rousseau, and Immanuel Kant.

Although not specifically under the rubric “kindness,” the very fact that his theory of education is for mothers shows his attempt to have an educational methodology consistent with maternal nurturing and love.  Unfortunately, “kindness” today for many people is within a Benjamin Spock, post-WWII perspective, expanded to include whole language instead of phonics as well as “new math” instead of memorizing multiplication tables and focusing on the requirements of simple logic.  Pestalozzi focuses on the whole person of the child, but with a somewhat different idea of “whole person” from today’s philosophizing, which tends to sentimentalize a non-assertive love and time-outs for uncooperative children as the source of kindness.

Now imagine this child multiplied many times over as learners.  The teacher tells them to take their seats, but instead, one of the students stands on the table (this happened in one second-grade class where I was the sub thirty years ago).  What is the kind thing to do vis-à-vis learning in this situation?

In a letter, Pestalozzi answers the question of the relation of the child’s needs to his learning.  An article about Pestalozzi states, “[A]s long as ‘man’ and, by extension, the educator, wishes ‘well’ and demonstrates this to the child, the child will in turn listen carefully; but, the child does not do this for you, master, nor because of you, educator, the child does so for himself/herself[.] … [T]his goodness must be good in itself because of the nature of the goodness itself, and must appear this way in the child’s eyes.”  Notice, dear reader: he says “because of the nature of goodness itself,” not because the child’s needs are met in terms of putting his “problems” first.

Those who support a “pedagogy of kindness” should be asking a Socratic question: what is the definition of kindness?  Our starting point for a good educational philosophy should still be the assumptions of Pestalozzi, published 221 years ago.

E. Jeffrey Ludwig is a Harvard Master Teacher who, when teaching high school, was selected four times for Who’s Who Among America’s High School Teachers.  He now teaches philosophy in an urban university setting.  He has been publishing articles at AT since July 4, 2010. 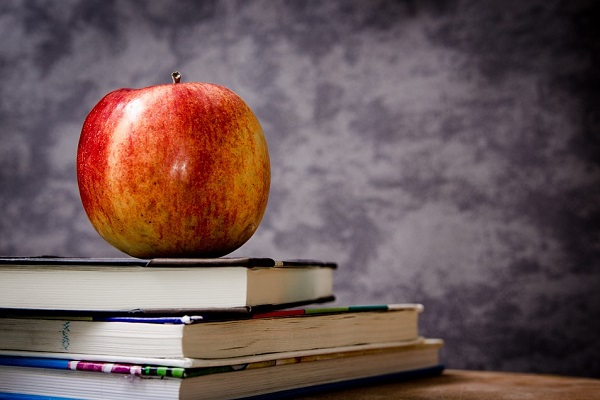