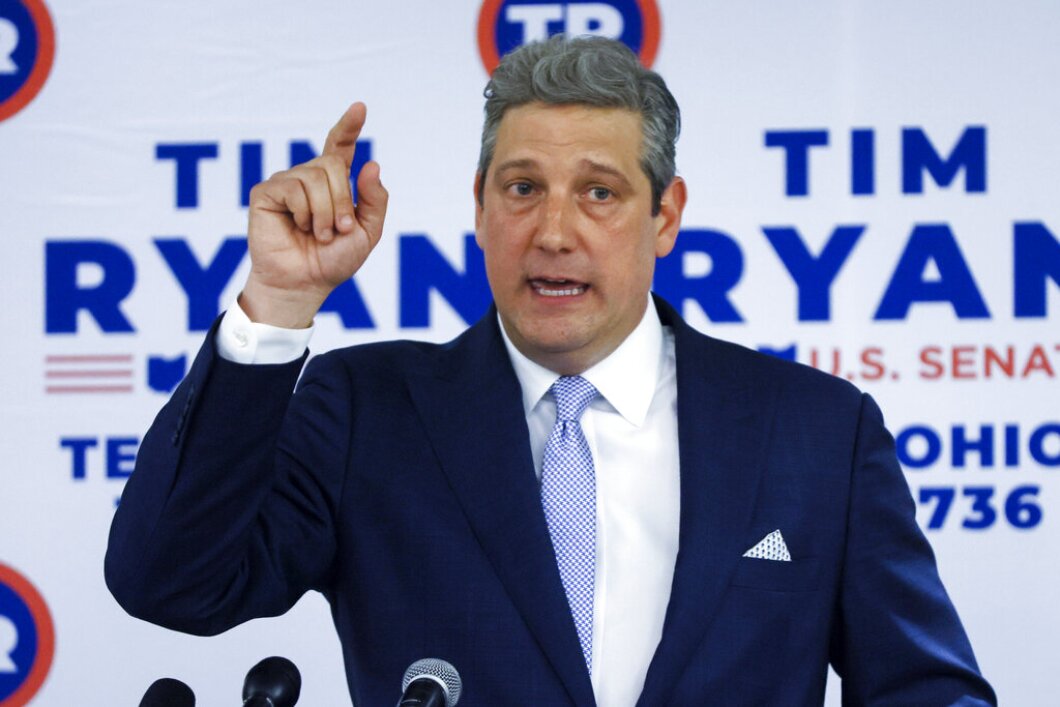 COLUMBUS, Ohio — Rep. Tim Ryan (D-OH), who has made his opponent's questionable record fighting the opioid epidemic a central theme of his campaign for Ohio's open U.S. Senate seat, has received campaign donations over the years from drug distributors blamed for key roles in the crisis, an Associated Press review found.

COLUMBUS, Ohio — Rep. Tim Ryan (D-OH), who has made his opponent’s questionable record fighting the opioid epidemic a central theme of his campaign for Ohio’s open U.S. Senate seat, has received campaign donations over the years from drug distributors blamed for key roles in the crisis, an Associated Press review found.

The contributions to Ryan from AmerisourceBergen, McKesson and Dublin, Ohio-based Cardinal Health, the three biggest drug distribution companies in the United States, came in between 2007 and August of this year.

Earlier this year, the companies finalized a $21 billion settlement with state, local, and Native American tribal governments and others over the toll of the opioid crisis. The settlement is the largest over opioid claims and keeps the companies from facing thousands of lawsuits.

The trio’s combined giving to Ryan of $27,000 represents a fraction of the $50 million he has collected over the course of his career. Still, contributions from those donors are notable as Ryan hammers the spotty record of the anti-opioid nonprofit group started by his Republican opponent, Hillbilly Elegy author J.D. Vance.

Ryan’s campaign spokeswoman called him “one of Congress’ most outspoken fighters against the opioid epidemic.” She noted that Cardinal is a major Ohio employer and that the companies’ donations represent just one-fifth of 1% of the $17 million Ryan raised this quarter alone.

Vance’s nonprofit group, Our Ohio Renewal, spent far more than that “for political polling and consultant fees to his top political advisor — when it wasn’t promoting a Purdue Pharma-linked doctor with a reputation for downplaying the deadly threat of OxyContin,” spokeswoman Izzi Levy said.

Vance’s campaign said accepting the donations represented “shameless hypocrisy” by Ryan. It had not yet reported its latest fundraising figures Wednesday.

Ryan and Vance are locked in a tight contest for the coveted open Senate seat being vacated by retiring Republican Sen. Rob Portman. Republicans see the seat as a critical one to hold if they hope to retake the Senate, while a flip to Democrats would be a major victory in the increasingly conservative-leaning state.

The distributor most generous to Ryan came from Cardinal Health Inc., a multinational healthcare services company headquartered in his home state. The company’s PAC has given him $21,000 since 2007, including $5,000 this August. McKesson Corp. Employees PAC gave Ryan $5,000 in 2012. Amerisource Bergen Corp. PAC gave him $1,000 in 2019. The opioid crisis was ongoing during all those years.

The three companies’ PACs have donated nearly $10.8 million combined to a wide range of candidates across the country since 2007, according to campaign finance figures compiled by the nonpartisan Center for Responsive Politics. About $4.5 million of that went to Democrats, and the other roughly $6.2 million went to Republicans. Vance’s campaign has not received any donations from the PACs.

Ryan’s early ads called Vance’s Our Ohio Renewal a “sham” that “didn’t fund a single addiction program” to fight the crisis but rather backed efforts that “made it worse.” A second ad featured an August Associated Press article detailing a residency the nonprofit group organized for an addiction doctor with links to Purdue Pharma, the manufacturer of OxyContin.

Vance has said that he did not know about the addiction doctor’s ties to Purdue Pharma but that he “remains proud of her work to treat patients, especially those in an area of Ohio who needed it most.”

Ryan’s campaign said the congressman had helped bring funding to healthcare providers and law enforcement officials working to fight opioids and had worked to expand access to treatment for residents with substance abuse problems.

“Tim Ryan has a proven record of working across the aisle to combat this epidemic,” campaign spokeswoman Levy said in a statement.

During the same years that the now-shuttered Our Ohio Renewal was operating in southern Ohio, Ryan was casting votes in Congress on a host of bills aimed at tackling various elements of the opioid crisis — sometimes for, sometimes against.

He voted overwhelmingly in support of such efforts — including co-sponsoring the INTERDICT Act, praised by former President Donald Trump for allocating $15 million to beef up illegal drug screenings on the southern border.

But Ryan also opposed several measures aimed at addressing opioid enforcement and addiction, the Associated Press review found. Those included funding packages aimed at providing medical care to address the problem and legislation intended to crack down on illegal fentanyl trafficking. Levy said the congressman had policy objections to aspects of those bills.

Ryan also missed a vote in 2020 on legislation extending the Drug Enforcement Administration’s temporary order listing fentanyl-related substances as Schedule 1 controlled substances. Levy said he was attending a family funeral on that day.