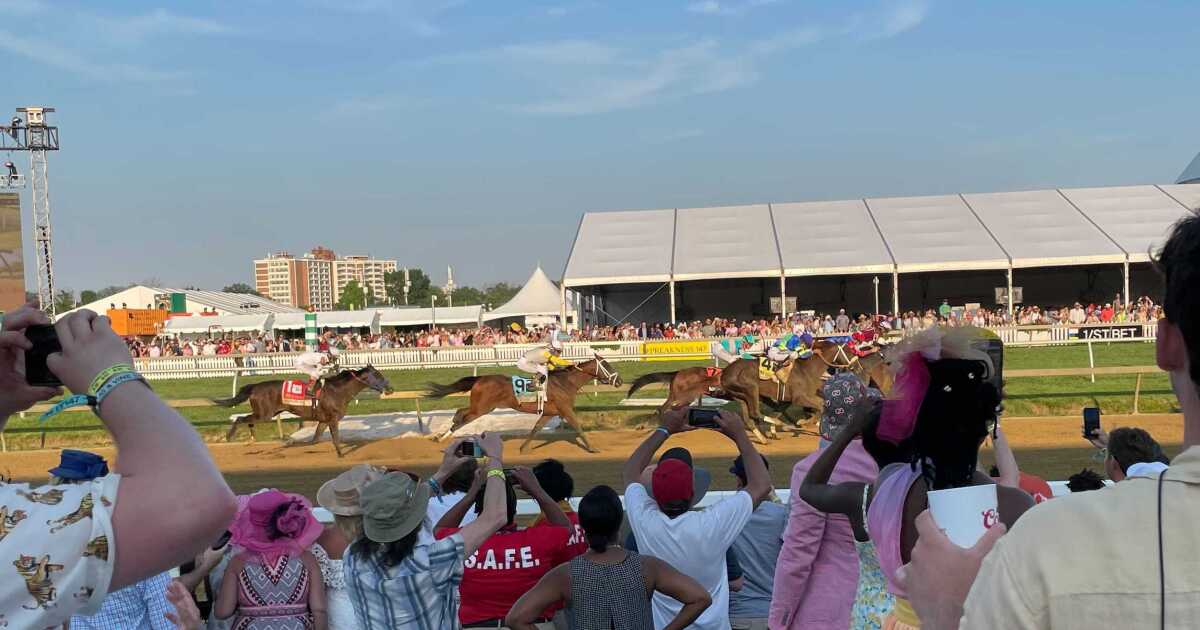 Early Voting, who lives up to his name by shooting out to a speedy lead in most races, lapped the 9.5 furlongs in a one-and-a-half length victory, bringing home the lion’s share of the $1.5 million purse for jockey José Ortiz and trainer Chad Brown.

Epicenter repeated his Kentucky Derby performance on the balmy Saturday evening, closing in on the field to finish second. Creative Minister finished third, and Secret Oath, another top contender and the sole filly in the race, came in fourth place.

Early Voting, who sat out the Kentucky Derby so he could be well rested for Saturday’s race in Baltimore, has won two of his three lifetime starts, raking in $321,500 in his career heading into the Preakness Stakes.

Rich Strike, the 80-to-1 longshot winner of last month’s Kentucky Derby, decided to sit out the Preakness Stakes, meaning there will be no Triple Crown champion this year. He will compete in the Belmont Stakes on June 11 for a $1.5 million purse.