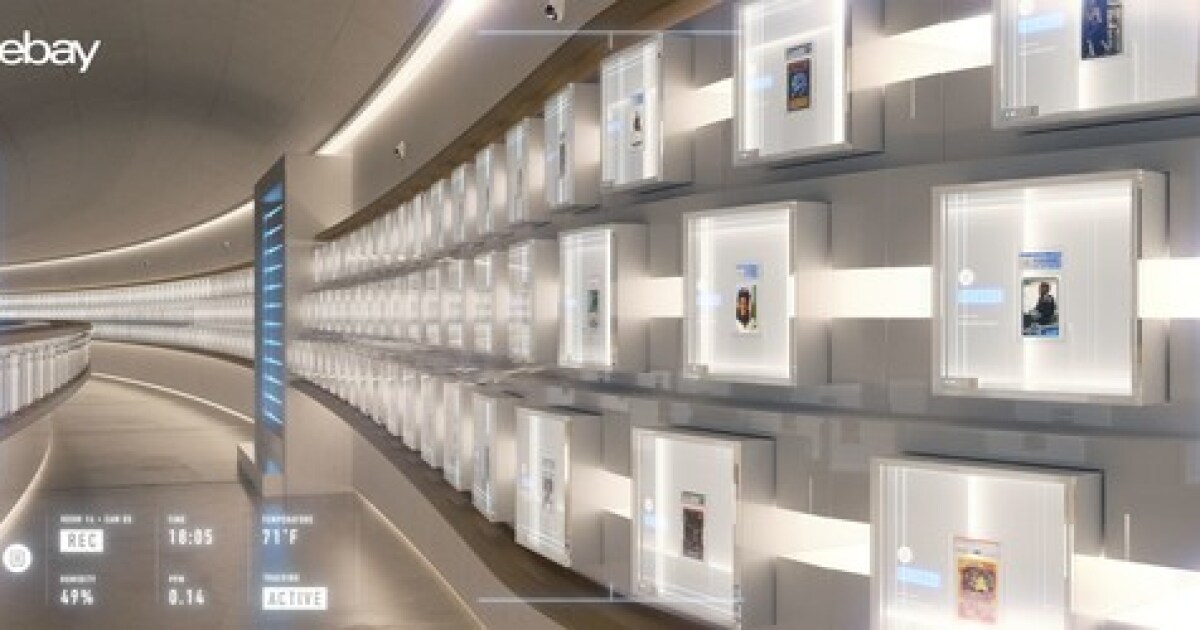 EBay has taken a major step toward simplifying the sale and shipping of trading cards.

EBay has taken a major step toward simplifying the sale and shipping of trading cards.

The online auction website announced Tuesday it was opening a vault in Delaware dedicated to helping consumers trade collectible cards. The vault is a 31,000-square-foot, round-the-clock secured, temperature-controlled facility, and it will act as a digital marketplace for collectors.

“eBay is the only marketplace that has more than two decades of deep collectibles category expertise,” said Dawn Block, vice president of Collectibles, Electronics, and Home at eBay, in a press release. “As we continue to see exponential growth in the category as enthusiasts merge their passions with investment opportunities, the eBay vault is a critical offering that will let collectors streamline and securely store their portfolio of assets. It’s truly the future of collecting.”

A customer’s trading card is eligible to be stored in the vault if it was purchased for $750 or more, if the customer purchased it directly from eBay, and if it was authenticated by trading card graders such as the Professional Sports Authenticator or Sportscard Guaranty Corporation.

Once placed in the vault, cards can be bought and sold within seconds without having to be authenticated again or subjected to shipping costs.

There are no additional fees for transactions occurring within the vault, according to Fast Company. There are also no sales tax charges on the transactions due to them happening in the same state.

Companies like PWCC Marketplace have provided both security and safety for valuable trading cards within their vaults. However, PWCC’s 2,000-square-foot vault is significantly smaller than eBay’s 31,000-square-foot facility. EBay’s decision would also simplify the purchasing process and allow collectors to trade and purchase cards in auctions with ease through its already established marketplace.

Trading cards, including sports cards and playing cards for games such as Pokemon and Magic: The Gathering, have been a consistent source of value for eBay. The company saw a 142% surge in domestic trading card sales in 2020, an increase of four million from the year prior, according to internal data, and the gross merchandise value of cards sold in the first half of 2021 totaled an average of roughly $1 billion a quarter.

The company has continued to invest in trading card sales, including by launching an authentication service for trading cards in January.