Not only are feminine occupational names being disappeared, but the word "woman" itself is under threat.

During my lifetime, many words for female practitioners of activities and occupations have disappeared from our vocabulary.  Words denoting women’s professional roles were fading long before I was born.  In my youth, there were still waitresses, stewardesses, seamstresses, comediennes — even some poetesses — proudly pursuing occupations from humble to grand (even criminal — murderesses and procuresses).  Some probably faded as the occupations declined.  It’s totally not unlikely that words like oratrix, orator, and oration simultaneously went the way of the Model T.  But there’s more going on than just the natural evolution of language.  Conscious coordinated ongoing efforts have being been underway to eradicate feminine occupational titles.  Simultaneous efforts have been targeting the suffix -man and promote alternative constructions like chairperson, chair, foreperson, firefighter, flight attendant, letter-carrier, etc.  (Hopefully, waitron will continue not to stick.)

It’s not uncommon for a modern woman to insist that others join her rejection of the feminine word for her own occupation.  A while ago, I watched a video interview of a woman discussing her career and an exhibition of her sculptures.  She dramatically declared that calling herself a sculptor demonstrated seriousness about her work.  The idea that seriousness about work is demonstrated by downgrading the femininity of the worker struck me as completely insulting to the very group that she wants to be seen as elevating — women.

One profession’s women are particularly visible in their campaign to erase the feminine designation that is still in some circumstances applied to them.  Women whose careers have to portray women in films demand to be called actors (often emphasizing the second syllable, “I am an acTOR”).  Weirdly, I haven’t seen a female acTOR reject an award nomination for an actress category.  Also, I’ve seen no efforts to correct anyone referring to trans performers as “actresses.”

It’s especially sad that women in theater and film would promote rejection of the word “actress.” For centuries, appearing as an actress was closely linked with prostitution.  Only recently has there been a break in the association between women on stage and women working the streets.  An actress marrying the grandson of a monarch would not have been possible had that link not been firmly demolished.

At first glance, it’s counterintuitive for a political movement of, by, and for women to actively endeavor to erase female occupational titles.  Why would activists who believe women can do anything men can reject these words?  Why remove evidence of womanly activities entwined within our language?

The erasure of generations of women’s work and accomplishments is the focus of the same intellectuals who portray men and patriarchy as obstacles to women’s participation in the workplace.  In addition to removing designations for women within occupations, there’s also a distinct decline in attention to the stories of particularly accomplished women, which I remember being called herstory.  Preserving such stories seems consistent with modern ideas about girls’ ability to do anything boys do.  Perhaps it’s easier to justify social change in the name of women the more that people believe women have been unfairly restricted by patriarchy.  Portraying women as systematically oppressed is easier with the public unaware of women in varied occupations and women of exceptional accomplishment.  Just forget Cleopatra, Joan of Arc, Elizabeth I, Mary ShelleyMadame Curie, Madame C.J. Walker, Hedy Lamarr, and many more.

My favorite “example” of historic oppression is laws supposedly forbidding women to perform or attend Elizabethan-era theater.  But there were no such laws.  After years of political upheaval and no theater, Restoration–Era performances included women performing and watching plays, in indoor theaters.  No laws were repealed for this to happen.  When I studied Elizabethan theater, it seemed to be obvious why women wouldn’t go to places like the Globe.  The plays were up to five hours long, with no intermission.  Beer was sold within on the premises, which had a dirt floor. Women wore floor-length skirts.  (Did I mention the open acts were often bear-baiting?) .In fact, women were performers and spectators in the Elizabethan era, just not in venues like the Globe.  Queen Elizabeth I loved theater, inviting acting companies to stage plays in her residences. A popular entertainment at her court, and at her father Henry VIII’s court was masques, in which aristocratic women were both spectators and performers.

Only since the Industrial Revolution have the lines between work and home life, men’s work, and women’s work solidified into the divisions familiar today.  In earlier eras, in every station in life, from the heights of aristocracy to the humble cobbler’s shop, men and women, husbands and wives, largely worked together, with many tasks overlapping. Both spouses had to be familiar with all household and occupational details. If one was absent, sick, or died, the other had to be prepared to take up the slack.  If there wasn’t a man with the birthright to rule a country or aristocratic estate, a woman with the birthright would.  These women including Elizabeth I,  Mary Queen of Scots, and the Dowager Duchess of Norfolk, who educated teens at her estate, including Henry VIII’s 4th wife, Catherine Howard.  When knights and kings were fighting faraway wars, their ladies, however pampered, acted as regent, with full responsibility for running the estates. This could, and did, include military responsibilities.  While Henry VIII was fighting in France, his young wife Catherine faced an incursion from Scotland.  The queen organized the battle plan and traveled to the border. Wearing armor, and pregnant, she rallied the troops, and soon sent word to her husband of England’s victory at the battle of Flodden.

The strange thing is that erasing evidence of women’s work and status by removing words for women within professions and the suffix -men (to avoid hypothetical displeasure to hypothetical women) could be turned to goals other than those of the feminists who concocted and promoted these changes.  Not only are feminine occupational names being disappeared, but the word “woman” itself is under threat.  Activists are determined to disconnect the word “woman” from the physical reality of an adult female human being, and repurpose the word to describe a feeling or a set of extreme and stereotypical fashion choices, regardless of the sex of the individual donning the garments.

For some reason, this woman does not feel increased freedom when contemplating these developments. 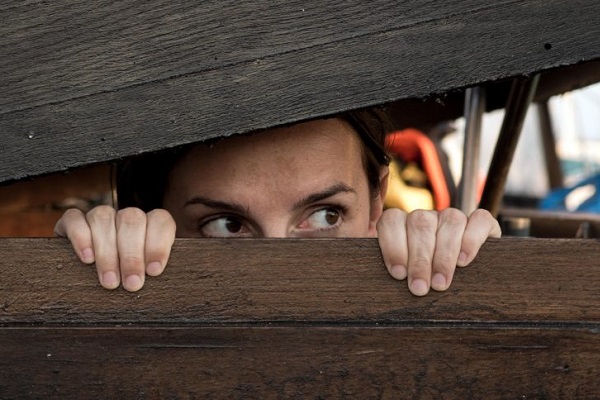