Donald Trump will be readmitted to Twitter. Hooray. But Elon Musk's justification for bringing him back should make us all nervous.

Nothing against Representative Jim Jordan of Ohio’s 3rd District, but it was difficult not to raise an eyebrow at his tweet on Tuesday suggesting that the “Left is furious that there’s Free Speech on Twitter.”

There certainly does seem to be something going on at Twitter to allow more conservative voices to be heard, and given the openly malicious censorship on the platform that conservatives have endured these past years, that does bring more balance to the dialogue taking place there.  Conservatives are celebrating this as a victory, while vexed liberals lament their loss of command in the progressive echo chamber that Twitter was until recently.

Is Twitter now a platform for more balanced discussion?  Yes.  But does “Free Speech” reign there?  That would be incredibly difficult to argue.

For example, when new owner Elon Musk was mulling whether Donald J. Trump would be allowed to return to Twitter, he concluded that the best way to do this is to put the question to a popular vote.  After more than 15 million users weighed in, it was decided by a margin of 52-48 that Trump could return to the platform.

“The people have spoken,” Musk tweeted.  “Trump will be reinstated. Vox Populi, Vox Dei,” which, loosely translated from Latin, means “the voice of the people is the voice of God.”  This is little more than an ancient fallacy that is often curiously deployed by people of modern and secular sensibilities.

When it came to Donald Trump participating on his platform, it should be clear to any American that Elon was not applying the principle of “freedom of speech,” at least not as it is understood in the United States Constitution, and as we Americans have known it for centuries.  If he were, the question regarding the weight of public support for Trump’s voice would be irrelevant.  Rather, Elon was applying the primitive principle of an absolute democracy, which currently is the political prescription of the hard-lined progressive left.  Had the mob narrowly voted “no” on his return, it is implied that the former president would still be righteously silenced on the platform.  But this time, it would not be unjustifiable expulsion by an oligarch named Jack Dorsey or Parag Agrawal, but a justifiably democratic decision made by “the people.”

Whether one’s individual right to freedom of speech is revoked by a mob or an oligarch matters little to the one whose right was revoked.  And while advocates of freedom of speech might celebrate that the mob chose to allow Trump the privilege of speaking on Twitter on this occasion, and that Elon Musk was so benevolent as to bend to its will on this occasion, one can hardly say the mob allowing him to speak on Twitter is tantamount to his exercising a right to free speech.

Interestingly, the phrase “vox populi, vox dei” is often considered to have originated in the Roman Republic, but the first documented reference to it in history was an observation of the danger that is obvious in the phrase’s logic.  Alcuin of York wrote to Emperor Charlemagne around A.D. 800 that “those people should not be listened to who keep saying the voice of the people is the voice of God, since the riotousness of the crowd is always close to insanity.”

Given the events of recent years, nothing should be closer to our mind than the riotousness and insanity of the crowd.  But the phrase, as Alcuin observes, is anything but an expression of a philosophical truth.  Rather, the phrase has historically been used as an attempt to validate claims to an absolute political mandate.  It was this principle that provided moral justification for the largely secular French Revolution, for example, in which mobs of bloodthirsty citizens terrorized the nation by ceremoniously lopping off the heads of nobles, the clergy, and any others deemed to be enemies of “the people.”

That is not a subtle or unimportant distinction.  Because without the common understanding that freedom of speech is an exercise of one’s providential right to liberty, democracy and freedom of speech are entirely incompatible.  As is explicitly stated in the Declaration of Independence, government exists to secure the people’s immutable, God-given right to liberty.  It does not exist to act upon the “voice of the people” as substitute for “the voice of God.”

None of this is to say that one must believe in God in order to believe in an innate right to liberty, though the calculation that must be necessary to arrive at the conclusion that the latter can exist without the former is entirely incomprehensible to me.  But it is to say that if one does not, first and foremost, believe that this right is innate and unalienable, and instead allows democratic majorities to determine what may be said and heard, freedom of speech cannot exist.

Growing up, I remember often hearing such phrases as “freedom of speech does not exist to protect popular speech,” which have always served as axiomatic reminders of this conflict between democracy and liberty.  As the Founders knew, the citizen’s right to freedom of speech, and perhaps especially dissenting or controversial speech, is a fundamental requirement for a functioning republic of free citizens.  And not so long ago, Democrats made similar arguments, such as their peddling a fake Jefferson quote in the 2004 presidential election against George W. Bush.  “Dissent is the highest form of patriotism,” they assured us.

But gone are those days.  Make no mistake: the abolition of free speech is the aim of this new Democrat party and its hyper-progressive, neo-Marxist acolytes.  They are not shy about this, and they speak it plainly, as even former the White House press secretary, Jen Psaki, proudly announced that the federal government was colluding with social media platforms to silence dissenting and “problematic” voices.  They wish to replace free speech with “acceptable” speech, and democracy is nothing more than the cudgel they will use to shape what political ideas are “acceptable” and thereby maintain and grow their political power.

Make no mistake: there is nothing nobler than that in the Democrats’ recent, frenzied attempts to promote “sacred democracy” above “God-given liberty” as our most essential national touchstone. 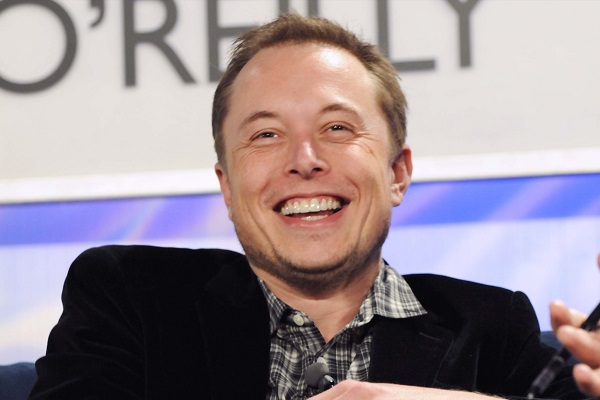