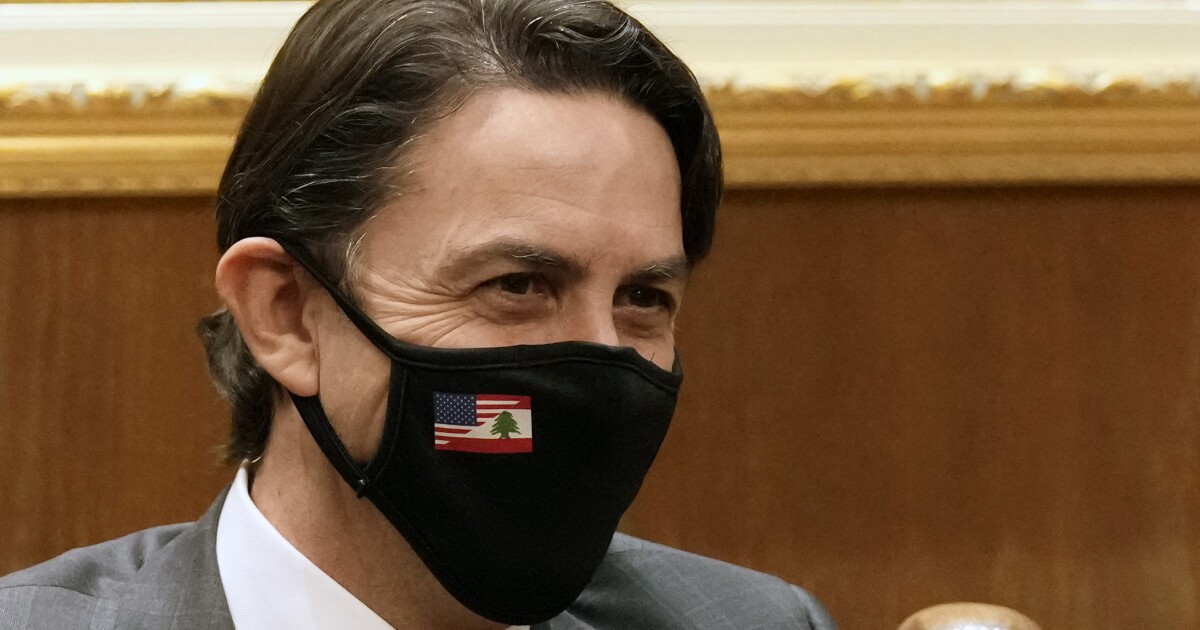 An environmental group accused a leading State Department diplomat of leveraging his position to lobby for the natural gas industry, escalating a battle between green groups and the administration over its promise to increase gas supplies to allies in Europe.

An environmental group accused a leading State Department diplomat of leveraging his position to lobby for the natural gas industry, escalating a battle between green groups and the administration over its promise to increase gas supplies to allies in Europe.

Friends of the Earth filed a Freedom of Information Act request on Thursday asking for records related to the role Amos Hochstein, a former gas industry executive who is currently the department’s senior adviser for energy security, has played in the administration’s U.S.-EU joint Task Force for Energy Security. The task force was announced in March with the goal of securing additional liquefied natural gas for Europe in order to lessen its reliance on Russian supplies and build up storage before winter.

The FOIA request asks for ethics forms, agreements, or documentation for Hochstein, as well as conflict of interest disclosures and communications, including those “generated or received by Mr. Hochstein concerning the encouragement or facilitation of the expansion of domestic natural gas production.”

“A former LNG executive presiding over an official effort to increase LNG exports is disturbing to say the least,” Lukas Ross, program manager at Friends of the Earth, said in a statement. “This conflict of interest is flatly at odds with President Biden’s climate commitments.”

Hochstein, who previously served as senior vice president for marketing for Texas-based LNG company Tellurian and advised Ukrainian gas company Naftogaz, has been a lead on the administration’s energy diplomacy in the shadow of the war.

He and others approached Qatar, a top-three global LNG producer, and energy companies earlier in the year in search of additional gas volumes for Europe.

President Joe Biden announced the task force alongside European Commission President Ursula von der Leyen on March 25, a month into the war in Ukraine, which has strengthened Europe’s imperative to cut down its historical reliance on Russian energy imports.

European countries have committed to phasing their gas imports from Russia down and out over the next few years but are not prepared to cut them off immediately, considering Russia is their largest supplier and that doing so would likely result in dire economic consequences.

While reducing reliance on fossil fuels and cutting greenhouse gas emissions to mitigate climate change are priorities for both Biden and von der Leyen, they said at the time that acquiring more LNG would be done in “alignment with climate objectives” by “[reducing] the greenhouse gas intensity of all new LNG infrastructure and associated pipelines,” including by powering them with renewable energy sources.

Green groups have nonetheless criticized the task force and accused the administration of walking back on its climate change goals, including its target of achieving a minimum 50% reduction in greenhouse gas emissions by 2030.

“Without countervailing input from Friends of the Earth or the public, the fossil fuel industry’s lobbying efforts could persuade DOS that it is in the public interest to act quickly to promote public and private investment in the expansion of natural gas exports, clearing the way for the construction of infrastructure that will have little impact on short-term energy prices even as they deepen the peril the world faces due to climate change,” Friends of the Earth said in its FOIA request.

The administration’s acceptance that new infrastructure will need to be built to facilitate more exports does reflect a shift, including from Hochstein’s position.

He said in October that “building massive new pipelines doesn’t necessarily make a lot of sense” and that companies shouldn’t invest in long-term fossil fuel infrastructure that can become “stranded assets” and “take us away from the goal” of mitigating climate change.