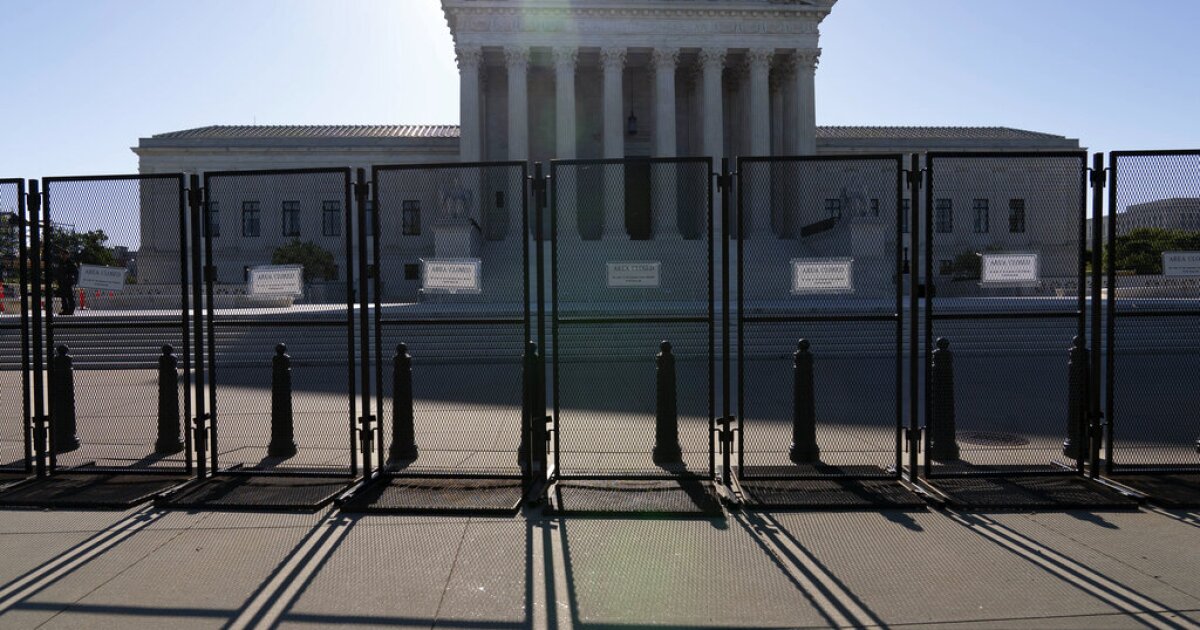 Several environmental groups are joining the call for an expanded Supreme Court on the heels of a leaked draft opinion indicating that the high court is poised to overturn Roe v. Wade.

Several environmental groups are joining the call for an expanded Supreme Court on the heels of a leaked draft opinion indicating that the high court is poised to overturn Roe v. Wade.

Greenpeace USA, Clean Energy Action, the Center for Biological Diversity, Women’s Earth, Empower our Future and the Climate Action Network formed a coalition of environmental groups to ask Congress to pass legislation to add four seats to the court.

“The Supreme Court has been hijacked by far-right partisan interests and, unless it is reformed, all of our rights are at risk. Expanding the Court to restore balance must be part of the response,” the groups said in a joint statement on Monday. “We need leaders in the House and Senate to co-sponsor The Judiciary Act to add four seats and protect our rights.”

Greenpeace USA, an environmental non-profit organization, claimed that the Supreme Court was no longer serving the interests of U.S. citizens.

“Our very democracy is under threat from a small, partisan group of judges put in power by extremists. This week, we saw a draft decision that would overturn Roe v. Wade and tear down a long-held right for women and reads as an open invitation for future attacks on our rights,” the group’s co-executive director Ebony Twilley Martin said in a statement. “The poor and people of color are most at risk, but this court has shown a willingness to fly in the face of all Americans’ needs.”

The statement comes as the Supreme Court weighs an environmental case, West Virginia v. EPA, which could restrict the Environmental Protection Agency’s authority to regulate greenhouse gases as pollutants.

The groups join a number of Democratic lawmakers who are also pushing for extra seats to be added to the high court. Rep. Mondaire Jones (D-NY) addressed his colleagues last Monday, tweeting that it was “not too late to support the only policy that would restore sanity to this broken Court” through the expansion of the court.

“Americans want to preserve Roe v. Wade, but the stolen Supreme Court majority is ready to overrule their will. We won’t let them. We must expand the Court and protect abortion,” Markey tweeted last Tuesday.

Markey and Jones both joined other lawmakers to introduce the Judiciary Act of 2021, which would create a 13-justice Supreme Court, effectively adding four seats.