Facebook is at it again -- censoring the (Christian) victims of violence and sexual abuse while covering up for their (Muslim) abusers.

Facebook is at it again — censoring the (Christian) victims of violence and sexual abuse while covering up for their (Muslim) abusers.

A few months ago, I wrote about how Facebook had variously “punished” and censored me for writing about the Muslim persecution of Christians.  The only explanation the “social media giant” gave was that I had offended its “standards.”

If there were still any ambiguity as to Facebook’s true motivation, consider the following story which was reported by ReMix earlier this year:

A UK-based Catholic charity has accused Facebook of censoring its campaign to protect Christian women who have been exposed to violence in predominantly Muslim countries.

Aid to the Church in Need (ACN) had launched a digital campaign in November to raise awareness of the violence often experienced by persecuted Catholic women in Islamic countries, and had chosen to spend money on Facebook to promote its posts.

However, the social media giant opted to severely restrict the organization’s ability to publish adverts online on Facebook, whilst simultaneously banning the charity from its affiliated platforms, Instagram and WhatsApp.

The campaign had been directed towards United Nations authorities and the UK government, and had included a report titled Hear Her Cries which detailed the acts of sexual violence committed against Christian women in Muslim-dominated countries such as Nigeria, Mozambique, Iraq, Egypt, Pakistan and Syria.

For the record, the plight of Christian women in Muslim nations is, indeed, deplorable.  That is because they suffer from a “double whammy”: they’re both women and infidels.  Thus, in the words of a 2018 report dealing with the Muslim persecution of Christians, “The most significant findings were that Christian women are among the most violated in the world, in maybe a way that we haven’t seen before.”  Six women were raped every day simply for being Christian, the report found.

Unfortunately, more and more women are the target of [Muslim] terrorist groups. There are numerous international incidents of women being kidnapped, raped, and forced to convert from Christianity to Islam by radical extremist groups… Many are also sold on the open market. This brutality is not only occurring in the Middle East but in Africa and in many other places. In many of these countries, women are subject to persecution because they are considered second-class citizens because of their gender. As minorities in both gender and faith, Christian women face double the persecution. Although we don’t have an exact number, we know that millions of women are being persecuted… In these Muslim-dominated countries, Christian women are systematically deprived of their freedom to live and are denied basic human necessities.

Despite this pandemic that plagues the Islamic world, Facebook has decided that such information must be censored or heavily curtailed. 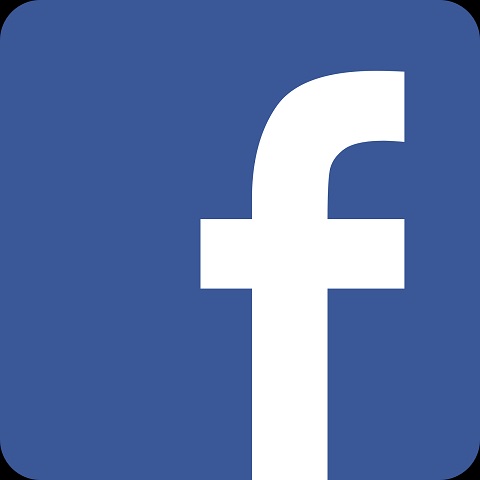 As the ReMix report continues:

Facebook restricted the ACN’s [Aid to the Church in Need’s] campaign by 90 percent in November, explaining to the charity that it had taken the measures to limit the charity’s reach due to a number of users reporting the ads as “offensive, misleading, sexually inappropriate” or “violent.”

For the record, openly libeling organizations or websites that specialize in exposing and seeking to redress ongoing atrocities committed against Christian minorities as “pornography” is an old communist tactic. According to Brother Andrew, author of the bestselling God’s Smuggler, that’s exactly what the Soviet Union labeled and confiscated smuggled Bibles as — pornography (p.227).  Indeed, “Big Tech” has used the very same tactic against me — banning my website, which is largely dedicated to exposing the persecution of Christians under Islam, on the claim that it is “pornographic.”

[T]he tech giant has not yet lifted any of the constraints imposed on the organization [ACN], and has repeatedly refused to explain exactly how the adverts violated its guidelines, despite numerous requests by ACN to do so.

“We are horrified,” said the director of the UK branch of Aid to the Church in Need, Neville Kyrke-Smith, in an official statement, “that our campaign which aims to help suffering women has been censored in such a draconian manner. By claiming to have banned our advert for violating its guidelines, but refusing to say which guidelines or how, Facebook have made themselves judge, jury and executioner.”

Meanwhile, censoring the victims of Islamic violence and abuse is only half of the problem.  The other half, which few know about, is that Facebook and other social media and big tech do not censor Muslim hate speech and calls to violence — even calls to behead Christians — so long as such talk only appears in Arabic or other non-Western languages, thereby largely shielding it from non-Muslim eyes.

Raymond Ibrahim, author of the new book, Defenders of the West: The Christian Heroes Who Stood Against Islam, is a Shillman Fellow at the David Horowitz Freedom Center, a Judith Rosen Friedman Fellow at the Middle East Forum, and a Distinguished Senior Fellow at the Gatestone Institute.