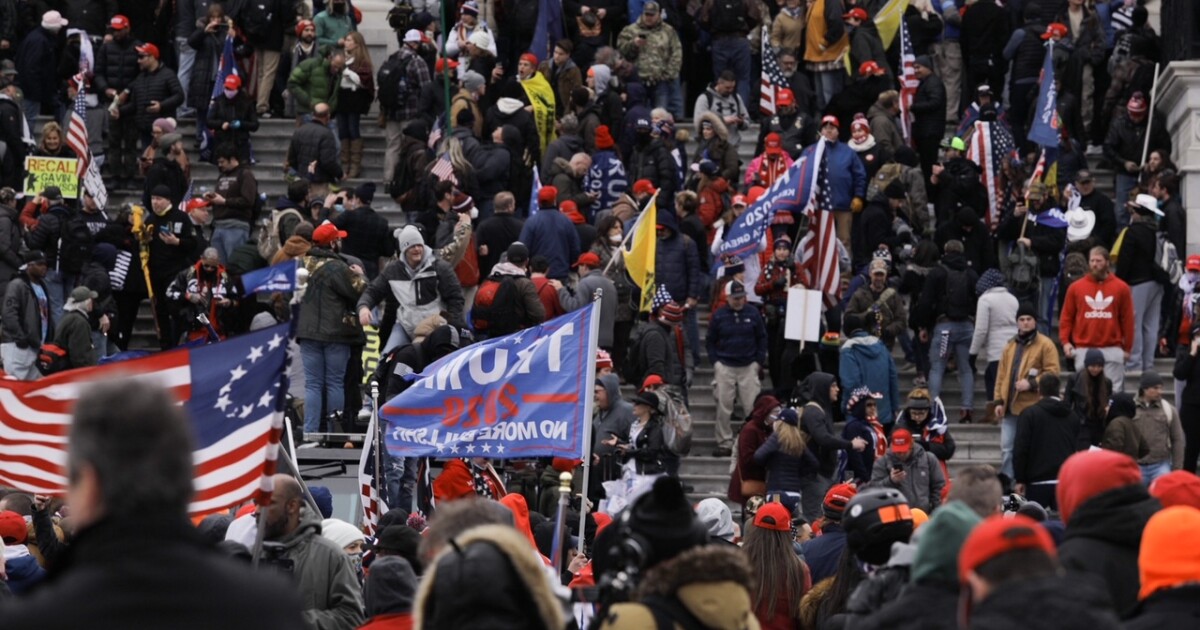 A pastor who was present near the Capitol on Jan. 6, 2021, was arrested by the FBI on Wednesday. The Justice Department announced the arrest, saying he helped push against a police line.

A pastor who was present near the Capitol on Jan. 6, 2021, was arrested by the FBI on Wednesday. The Justice Department announced the arrest, saying he helped push against a police line.

William Dunfee, 57, of Frazeysburg, Ohio, faces felony charges of interfering with a law enforcement officer during a civil disorder and obstruction of an official proceeding, according to a criminal complaint filed in Washington, D.C. He was also charged with five misdemeanor offenses.

Though Dunfee was identifiable because he wore a jacket with the name of his company to the riot, the FBI also received tips about him, including a screenshot of comments made on the Facebook group “Here We Go with Jeremy Herrell” about being at the Capitol on Jan. 6, according to an FBI affidavit. Dunfee apparently did not enter the building.

“This election has been stolen right out from underneath of our noses, and it is time for the American people to rise up. Rise up. Rise up. Today is the day in which it is that these elected officials realize that we are no longer playing games, that we are not sheeple,” Dunfee told the crowd through a bullhorn earlier on that day, per the FBI affidavit.

The affidavit claims that Dunfee’s rhetoric broke the law, “which makes it a crime to willfully and knowingly utter loud, threatening, or abusive language, or engage in disorderly or disruptive conduct, at any place in the Grounds or in any of the Capitol Buildings with the intent to impede, disrupt, or disturb the orderly conduct of a session of Congress or either House of Congress, or the orderly conduct in that building of a hearing before, or any deliberations of, a committee of Congress or either House of Congress.”

Dunfee was also part of a group that pushed against police with metal barricades, which the affidavit describes as physical violence.

The Ohio pastor has defended his role in the riot, and the day in general, in some of his sermons.

“I can tell you, having been there [at the U.S. Capitol], that … we were surrounded by patriots — many, many, many, many patriots. And I thank God they showed up … to let it be known that … the bottom line is this: that … you are not stealing this election. You’re not going to rob us, deprive us of a democracy, of a republic, without us being heard,” he said in a May 30, 2021, sermon, according to NBC News.