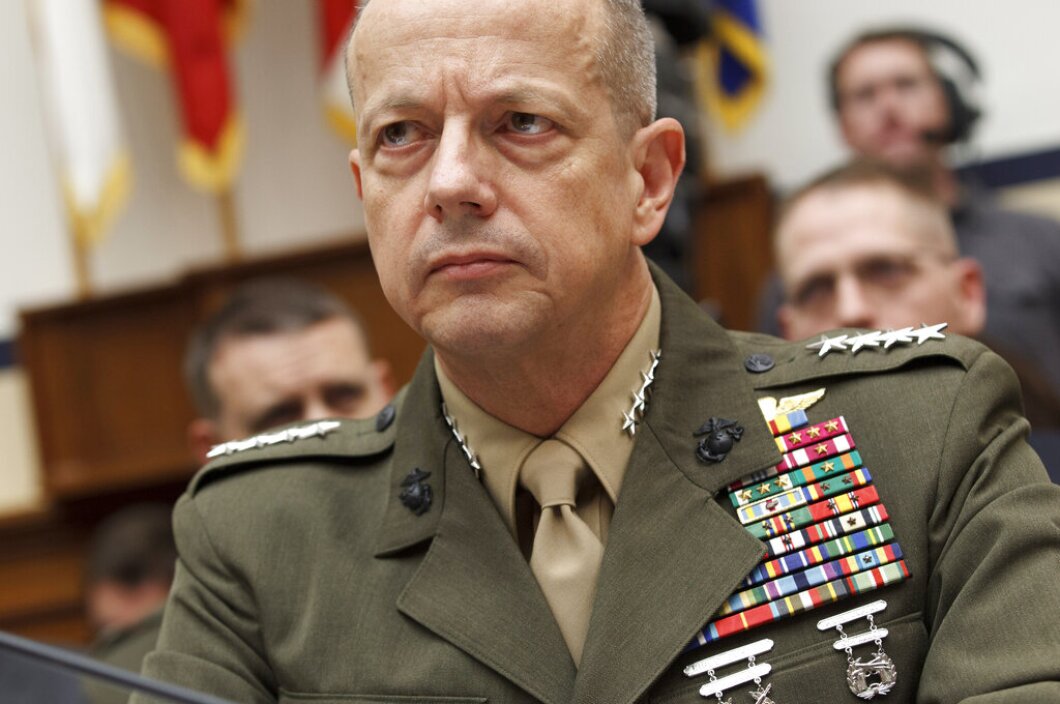 The FBI has seized the electronic data of a retired four-star general who authorities say made false statements and withheld "incriminating" documents about his role in an illegal foreign lobbying campaign on behalf of the wealthy Persian Gulf nation of Qatar.

The FBI has seized the electronic data of a retired four-star general who authorities say made false statements and withheld “incriminating” documents about his role in an illegal foreign lobbying campaign on behalf of the wealthy Persian Gulf nation of Qatar.

It’s part of an expanding investigation that has ensnared Richard G. Olson, a former ambassador to the United Arab Emirates and Pakistan who pleaded guilty to federal charges last week, and Imaad Zuberi, a prolific political donor now serving a 12-year prison sentence on corruption charges.

The court filings detail Allen’s behind-the-scenes efforts to help Qatar influence U.S. policy in 2017 when a diplomatic crisis erupted between the gas-rich Gulf monarchy and its neighbors.

“There is substantial evidence that these FARA violations were willful,” FBI agent Babak Adib wrote in a search warrant application, referring to the Foreign Agents Registration Act.

Allen also misrepresented his role in the lobbying campaign to U.S. officials, Adib wrote, and failed to disclose “that he was simultaneously pursuing multimillion-dollar business deals with the government of Qatar.”

The FBI says Allen gave a “false version of events” about his work for Qatar during a 2020 interview with law enforcement officials and failed to produce relevant email messages in response to an earlier grand jury subpoena, the affidavit says.

The 77-page application appears to have been filed in error and was removed from the docket Tuesday after the Associated Press reached out to federal authorities about its contents.

Allen declined to comment on the new filings. He has previously denied ever working as a Qatari agent and said his efforts on Qatar in 2017 were motivated to prevent a war from breaking out in the Gulf that would put U.S. troops at risk.

The Brookings Institution, one of the most influential think tanks in the U.S., did not respond to a request for comment. Qatar has long been one of Brookings’s biggest financial backers, though the institution says it has recently stopped taking Qatari funding.

Olson was working with Zuberi on another matter involving Qatar when Saudi Arabia, the UAE, and other Gulf countries announced a blockade of the gas-rich monarchy over Qatar’s alleged ties to terror groups and other issues in mid-2017.

Shortly after the blockade was announced, then-President Donald Trump appear to side against Qatar.

In a June 9 email to McMaster, Allen said the Qataris were “asking for some help” and wanted the White House or State Department to issue a statement with specific language calling on all sides of the Gulf diplomatic crisis to “act with restraint.”

Federal law enforcement officials say then-Secretary of State Rex Tillerson did what Allen told McMaster the Qataris wanted done two days later, issuing a statement that “shifted away from earlier statements by the White House.” Tillerson’s statement called on other Gulf countries to “ease the blockade against Qatar” and asked “that there be no further escalation by the parties in the region.”