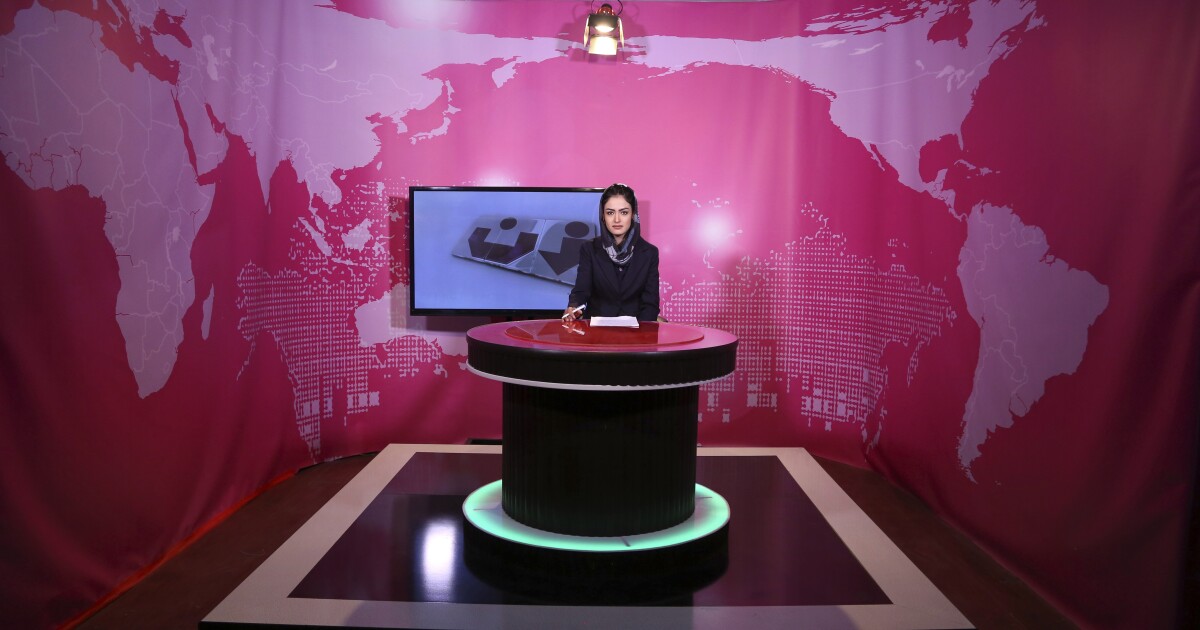 Female TV presenters in Afghanistan appeared on-air without face coverings, explicitly defying a recent Taliban order requiring them to conceal themselves in compliance with Islamic rule.

Female TV presenters in Afghanistan appeared on-air without face coverings, explicitly defying a recent Taliban order requiring them to conceal themselves in compliance with Islamic rule.

Women on three different broadcast stations refused to cover their faces during their live programs on Saturday, prompting backlash from the Taliban government, which warned they were risking termination from their outlets. Media managers who did not enforce the rule are also at risk for penalties, Taliban officials said.

“If they don’t comply, we will talk to the managers and guardians of the presenters,” spokesman Mohammad Sadeq Akif Mohajir told Agence France-Presse. “Anyone who lives under a particular system and government has to obey the laws and orders of that system, so they must implement the order.”

The women refused to wear face coverings because they feared it was a step toward losing their right to work altogether, the broadcast companies said.

“Our female colleagues are concerned that if they cover their faces, the next thing they would be told is to stop working,” Abid Ehsas, the head of Shamshad TV, told the outlet. “This is the reason they have not observed the order so far.”

The Taliban issued the order for women to wear face coverings on TV earlier this week, marking another regressive step for women’s rights since the group’s takeover last August. The directive is in line with similar requirements for female government workers, who must also wear face coverings and risk termination if they violate the dress code. Men working in government positions also face consequences if their wives or daughters do not comply.

Previously, female presenters were only required to wear headscarves while on TV.

The move marks the latest social restriction implemented against women by the Taliban despite initial claims they would adopt a “softer” approach to interpreting Islamic law in their newly reclaimed territory.

The United States withdrew from Afghanistan at the end of August 2021, just as the Taliban overthrew the U.S.-backed administration of President Ashraf Ghani. Western countries conducted a large-scale evacuation effort in the two weeks that followed, with more than 100,000 people evacuated from the country.