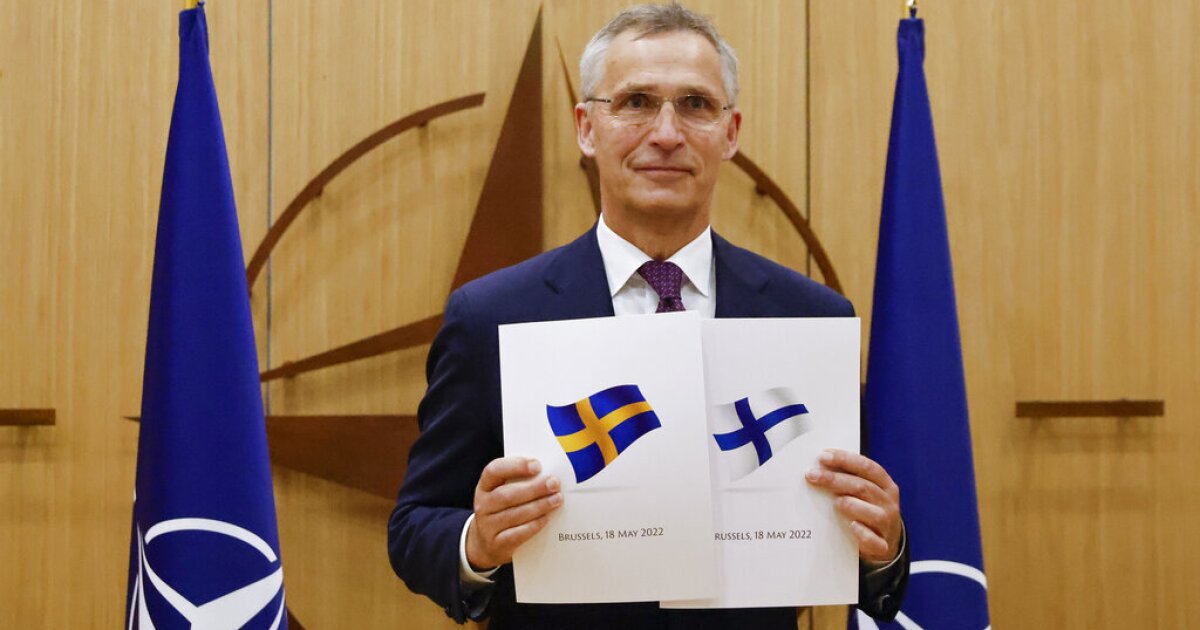 Finland and Sweden have both submitted their applications to join the NATO alliance, NATO Secretary-General Jens Stoltenberg said on Wednesday.

Finland and Sweden have both submitted their applications to join the NATO alliance, NATO Secretary-General Jens Stoltenberg said on Wednesday.

The ambassadors to NATO from the two Nordic countries each handed their application letters to Stoltenberg during a ceremony at the alliance headquarters in Brussels. The process of joining the 30-nation alliance is expected to be quick, with members signaling that they don’t want the ratification period, which typically takes up to a year, to drag on. The decision to submit applications for NATO membership was spurred by Russia’s Feb. 24 invasion of Ukraine.

“This is a historic moment, which we must seize,” Stoltenberg said Wednesday. “I warmly welcome requests by Finland and Sweden to join NATO. You are our closest partners, and your membership in NATO will increase our shared security.”

Turkish President Recep Tayyip Erdogan expressed concerns this week about the two countries joining the alliance and signaled that he will block their bids. However, NATO’s secretary-general expressed on Wednesday that he thought Turkey’s reservations could be resolved.

“We are determined to work through all issues and reach rapid conclusions,” Stoltenberg said. “All allies agree on the importance of NATO enlargement. We all agree that we must stand together, and we all agree that this is an historic moment which we must seize.”

Finland and Sweden currently cooperate closely with the alliance. Joining NATO would enhance this cooperation as well as provide both countries mutual protection in the event of an attack. Finland shares an 830-mile-long border with Russia.

The ascension of Finland and Sweden, traditionally non-aligned nations who were both neutral during the Cold War, would leave Russia surrounded in the Baltic Sea and the Arctic by NATO members.

It would also defeat one of Russian President Vladimir Putin’s stated aims of his war in Ukraine — to stop the eastern expansion of the NATO alliance.

Putin, however, reportedly told leaders of the Collective Security Treaty Organization on Monday that Russia has “no problems with these states” and their joining NATO would cause “no problems at all.”

Putin’s comments to the CSTO are a stark difference from a statement by Russia’s foreign ministry last week in which it warned that Russia would “be forced” to take retaliatory actions if Finland joins NATO.