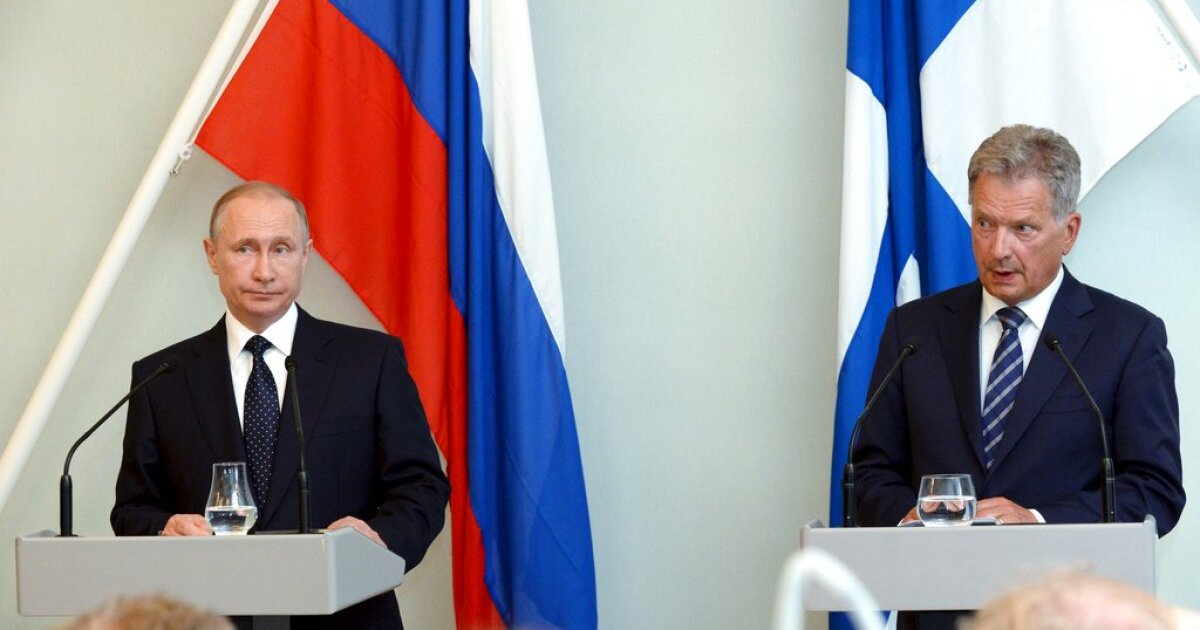 Finland's ambassador to the United States doesn't believe its entrance into NATO would illicit a military response from Russia.

Finland’s ambassador to the United States doesn’t believe its entrance into NATO would illicit a military response from Russia.

Ambassador Mikko Hautala told the Hudson Institute at a Monday event that he doesn’t believe Russia would view Finland joining the trans-Atlantic alliance as a “far step that would escalate the conflict.”

Finland and Sweden, two long-standing neutral Nordic countries, applied to join NATO on May 18, which at the time had been roughly three months since Russia invaded Ukraine. A month later, their membership applications remain stalled by Turkey, but Hautala doesn’t think Russia even could respond militarily if it wanted.

“I don’t expect that they would react militarily,” the ambassador said. “Obviously, we might see some, some sort of informational warfare. I don’t exclude any cyber activities. But frankly, I don’t see Russia seeing these as a kind of far step that would escalate the conflict, and they would kind of have to react in a really heavy manner.”

“There’s also a matter of timing because I think Russia is militarily fairly busy now in Ukraine, to put it mildly,” he added, noting the Russians’ depleted military.

A senior U.S. defense official told reporters that Russia has “employed reserves over the last month or so” on Monday, adding, “The fact that the Russians are talking about reserves speaks to the impact that Ukrainians are taking on the Russian army.”

Group of Seven leaders are meeting in Germany, and they were joined by Ukrainian President Volodymyr Zelensky. Many of them will participate in a NATO summit in Spain later this week.

“We have worked hard since Finland and Sweden applied for membership to ensure that they can join the alliance as soon as possible. At the same time, we need to take into account concerns expressed by allies and, in this case, clearly expressed by Turkey,” Stoltenberg said. “And that’s the reason also why we have intensified the dialogue with our ally Turkey and with Finland and Sweden over the last weeks.”