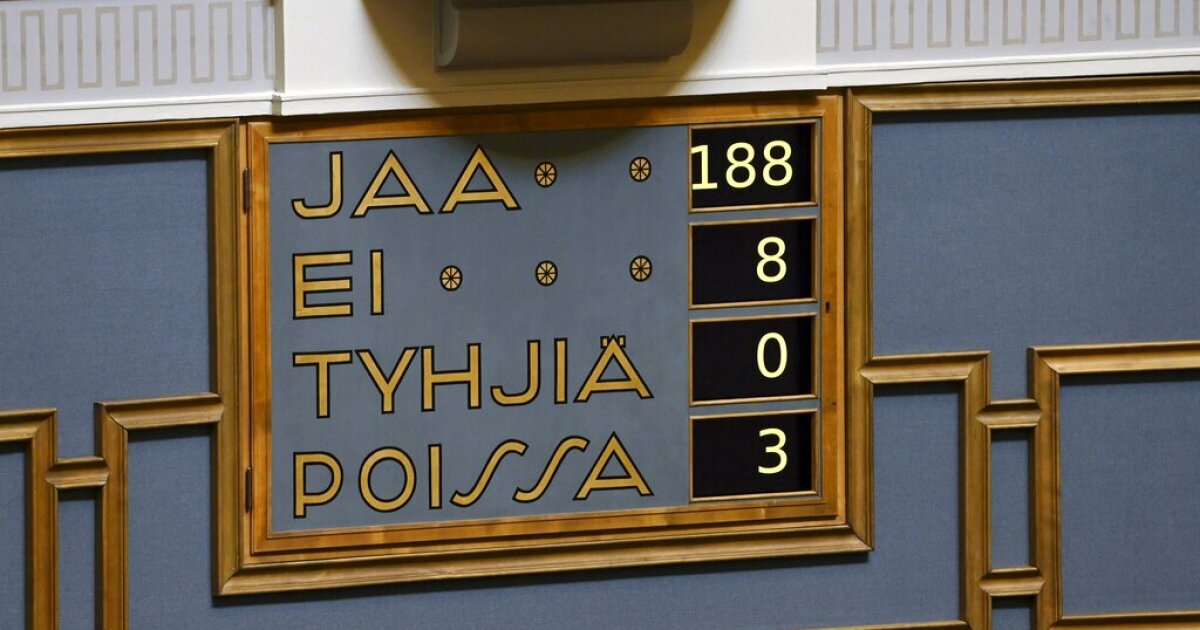 Of the 200 lawmakers, 188 voted in favor and eight voted against the application after Finnish President Sauli Niinisto announced the country’s intention to apply for NATO membership, the prime minister, who favors joining NATO, said.

“The long and stable line of foreign and security policy, which seeks consensus, is still in place today,” Marin tweeted after the vote, according to a translation.

WHITE HOUSE: US SUPPORTS NATO APPLICATION FROM FINLAND AND SWEDEN

The decision was contingent on Parliament’s approval, setting the stage for Finland to finalize its application.

Finland’s neighbors have also made moves to join the international alliance amid the Russian invasion of Ukraine. On Monday, Sweden announced its intent to apply for NATO membership, breaking from nearly 200 years of military nonalignment.

Both countries’ applications for membership will require all 30 member states to “accede” through unanimous agreement. The Biden administration has previously said it would welcome Finland’s and Sweden’s applications to join the NATO alliance.

Russian President Vladimir Putin has also warmed up to the idea of the two countries’ admission into the alliance, reportedly telling leaders of the Collective Security Treaty Organization Monday that Russia has “no problems with these states” and their joining would pose “no problems at all.”

Putin’s acquiescence marks a reversal from last Thursday, when Russia’s foreign ministry warned it would “be forced” to take retaliatory actions if Finland joins NATO.