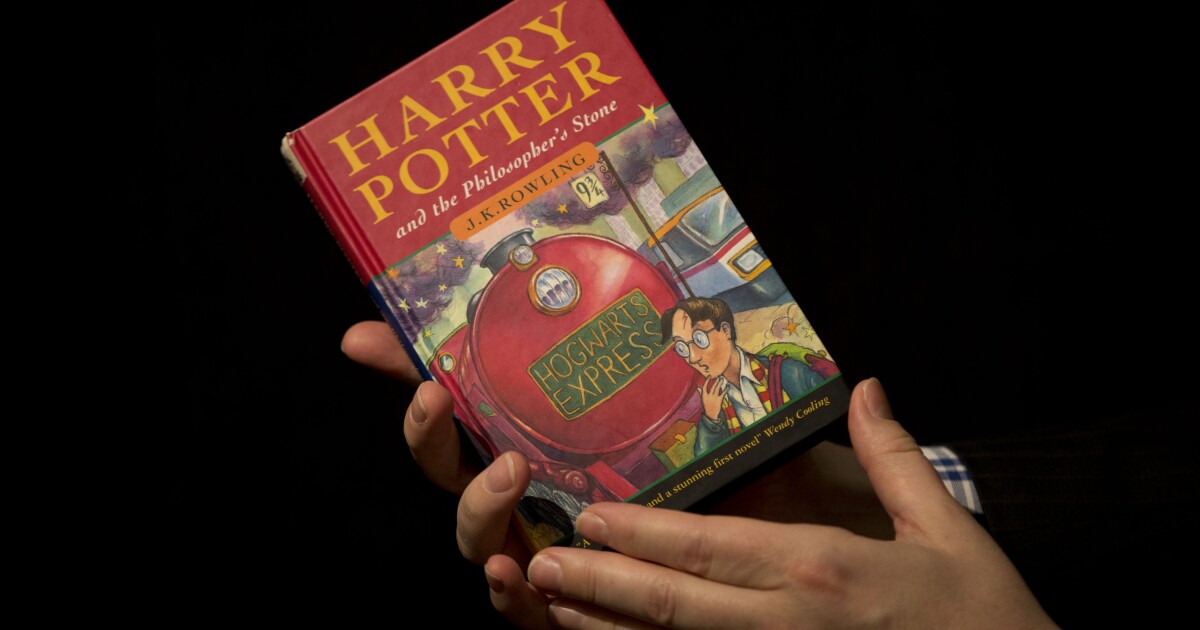 A signed first edition of Harry Potter and the Philosopher's Stone is set to hit the London auction block.

A signed first edition of Harry Potter and the Philosopher’s Stone is set to hit the London auction block.

The rare edition of J.K. Rowling’s 1997 work will feature in the Christie’s auction titled “The Art of Literature.”

A mere 500 copies of the first novel in the Harry Potter series were printed during the book’s initial run, according to a report. At least 300 went to libraries, and the rest were sold.

What makes the first edition so rare are its defects, according to the report. “Philosopher” is spelled incorrectly on the back cover, and a wand is listed twice on a Hogwarts student’s supply list, the report noted.

However, another important feature is the work’s title.

Harry Potter and the Philosopher’s Stone was the book’s original title in the United Kingdom, but American publisher Scholastic changed the title to Sorcerer’s Stone.