Biden is not putting any serious effort into a side effect of the supply chain mess: the baby formula shortage.

When Joe Biden became president, the United States was coming out of the worst pandemic in more than a century. The country needed a steady hand who could unify everyone. Biden promised to be that kind of president.

But instead of implementing sound policies, Biden trashed the country. He declared open war on the U.S. energy industry on day one. He also pushed plans to print trillions more dollars and pump them into the ailing economy. It doesn’t take Warren Buffet to predict the impact of just those two decisions. It doesn’t take Jeff Bezos to recognize where this would end up, but belatedly Bezos has. Biden now finds himself lashing out at someone who is merely observing reality.

Squeezing the supply of the energy on which the modern economy depends while demand rebounded from the Democrat pandemic lockdowns would inevitably push energy prices higher. That’s middle-school level economics. Pumping trillions in funny money into the economy would make the dollars already in circulation — and in your bank account — worth less than they were worth yesterday.

Both of these inevitably led to the worst inflation that has wracked this country since the bad old days of Jimmy Carter. This is eating away at your savings while also making it more expensive for you to eat. This was predictable. In fact, Obama Treasury Secretary Larry Summers specifically warned the Biden administration. They didn’t listen.

Another side effect of lockdowns has been the supply chain mess. Biden laughed that one off too, then tried blaming Trump but the mess is his and he hasn’t put any serious effort into fixing it.

Biden is also not putting any serious effort into a side effect of the supply chain mess: the baby formula shortage.

As the shortage reached crisis levels last week, and young moms and dads (Including myself: I have a four-month-old) found themselves scrambling and sending out family across whole regions of the country futilely searching for the formula their infants need to stay fed, the Biden White House took a political trip and press secretary Karine Jean-Pierre took questions from reporters on the plane. When asked about what the Biden government was doing about the shortage, Jean-Pierre laughed nervously and offered nothing useful. Was the White House putting a point person in charge of the response, reporters asked. Jean-Pierre laughed and said she’d get back to them. 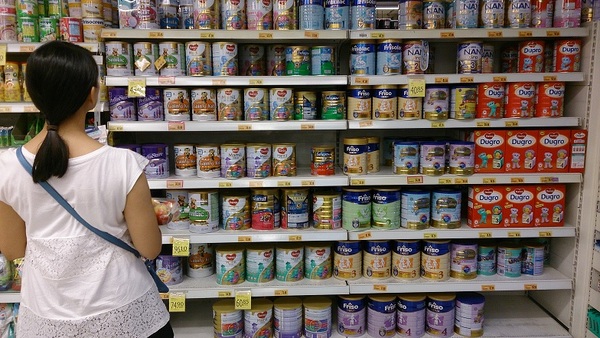 Biden’s Food and Drug Administration belatedly sued Abbott, the nation’s leading baby formula manufacturer, to get its closed plant in Sturgis, Michigan, open and producing again. But it will still take weeks before any formula from that plant is on grocery store shelves. The Biden administration knew of the problem for months, as it has admitted, but only acted when it could no longer ignore the problem.

This White House isn’t serious because it’s not run by a serious man and isn’t staffed by serious people. Everything, including your ability to feed your family, is political to them. A basic tactic in serious crisis management is putting a person in charge of the response and letting everyone know who that person is and what experience they bring to bear. Ideally, you select someone who knows the industry in question and has some familiarity with how it works and who the players are so they can get things going. This sends the message that you’re going to have a leader get under the hood, diagnose the problems, and come up with real solutions.

But that’s not how Biden works. When he created chaos on the border, he put Kamala Harris in charge. The Mary Sue former senator with no real accomplishments in her life surprised no one when she accomplished nothing on the border. That problem is worse than ever.

Now with young families struggling under the weight of record energy prices, ongoing supply chain issues, and a serious infant food shortage, all thanks to problems Biden either caused or failed to take seriously, Biden brags about having meetings with the CEOs of stores that sell the formula, but they don’t make it. They don’t produce the fuel to move products from factory to shelves. Yes, he had meetings with the CEOs of manufacturers as well, but what do meetings with CEOs accomplish? They get you photo ops, and they get you something you can say to the reporters who mostly inhabit the Washington bubble, but they accomplish nothing in solving the actual problem at hand. Meetings don’t get red tape out of the way.

Americans are really suffering. Millions of young moms cannot naturally produce the milk their babies need. They need formula to keep their infants alive. But the shelves at the grocery store are bare.

Many of us warned that Joe Biden and the radicals who support him would turn America into Venezuela, and flip our hard-won prosperity into oppression and shortages. Here we are. Joe Biden isn’t just a failure, he’s a fraud, and he does not care about your suffering at all. It’s just not a real problem to him, it’s a feature of the policies he and his handlers have imposed on America. Given the opportunity, he doubles down and wants you to shut up.

A.J. Rice is author of the book, The Woking Dead: How Society’s Vogue Virus Destroys Our Culture. He serves as CEO of Publius PR, a premier communications firm in Washington D.C.