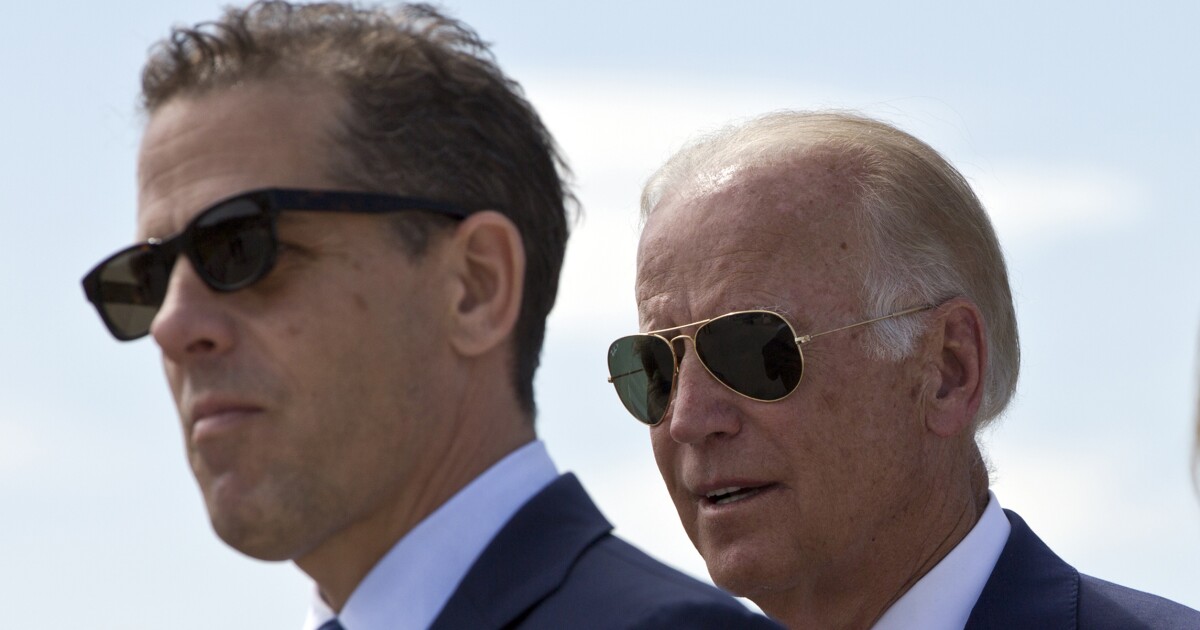 House Republicans are already setting targets for congressional oversight in the event they win control of the lower chamber in November, an outcome that polling suggests is increasingly likely.

House Republicans are already setting targets for congressional oversight in the event they win control of the lower chamber in November, an outcome that polling suggests is increasingly likely.

Presently in the minority by a narrow margin, Republicans have so far been denied the investigative tools of Congress: the ability to call hearings, issue subpoenas, and demand documents.

But with polls forecasting significant gains for Republicans across the country in November, congressional Republicans are already planning how they’ll wield their investigative power against Democrats next year.

The president’s son is likely to be among the most prominent of the House GOP’s investigative targets if the party secures a majority.

Inquiries into Biden are likely to take several different paths.

The White House has to date deflected questions about how Hunter Biden has collected earnings for his art. Ethics experts had warned last year, when Biden began showing his work at a ritzy SoHo gallery, that his foray into the art world could potentially allow interested parties to purchase access to the Biden family.

House Republicans could dig into who has bought pieces of Hunter Biden’s art over the past two years and whether any of those customers received favorable treatment from the White House.

Revelations from data found on Hunter Biden’s abandoned laptop, which the Washington Examiner has independently authenticated, have exposed aspects of his extensive foreign business dealings that Democrats sought to downplay before the 2020 election.

Those include substantial earnings from work with Chinese entities and a high-paying position on the board of a Ukrainian energy company.

House Republicans have demonstrated interest in exploring whether any of Biden’s business relationships created a conflict of interest for his father when serving as vice president.

House GOP lawmakers are already gearing up to dig into the Biden administration’s disastrous withdrawal of troops from Afghanistan last summer.

Republicans have said they want to investigate the behind-the-scenes deliberations that led to a series of decisions about where to concentrate U.S. personnel and resources in the lead-up to the chaotic evacuation.

The administration decided to hand over control of nearby Bagram Air Base, for example, weeks before U.S. citizens and allies got caught in a violent bottleneck at the Kabul airport.

Biden administration officials at the time shared often contradictory interpretations of what intelligence reports suggested about the Taliban’s strength and likelihood of taking over the country.

And the mixed messages from Joe Biden’s team led to public speculation about whether the White House was forthcoming about the ways in which its planning for the withdrawal fell short.

The country’s most ubiquitous doctor is likely to come under the microscope in a GOP-controlled Congress.

House and Senate Republicans have both indicated they want to probe Dr. Anthony Fauci, whose prominent role in the pandemic response of both the Trump and Biden administrations has earned him scorn from the Right and adulation from the Left.

Sen. Rand Paul (R-KY) has led a charge to look into Fauci’s knowledge of allegations that the Chinese government covered up an accidental leak of the virus from its virology lab in Wuhan.

Republicans have also demanded answers as to why Fauci, in the earliest days of the pandemic, told the public masks would not stop the spread of the virus, only to reverse course and aggressively promote mask-wearing for the rest of the pandemic.

Fauci’s outsize public profile has made him the face of a pandemic response that GOP lawmakers have attacked and are likely to probe extensively, even if all lines of inquiry don’t run directly through him — from cooperation between the Centers for Disease Control and Prevention and teachers unions to the way the CDC has disclosed the data surrounding vaccine effectiveness.

Congressional Republicans are reportedly making plans to haul executives from social media platforms before Congress to answer questions about what they describe as bias in Big Tech.

A Republican operative who worked with congressional aides recently on their preparations for forthcoming investigations told Axios that Big Tech companies could expect “document requests and subpoenas and depositions” next year.

While House and Senate Democrats in the current Congress have investigated Big Tech for different reasons, looking into what they see as the industry’s failure to stop the proliferation of hate speech and misinformation, Republicans are likely to focus on practices that limit the reach of certain content for partisan reasons.

Separately, Republicans have also vowed to pursue legislation that would rein in the power of platforms such as Google and Facebook; their investigative efforts are likely to feed their efforts to push regulatory changes to the industry.

Perhaps no other issue has united Republicans in their criticism of the Biden administration like the rush of illegal immigration at the southern border.

Some congressional Republicans have even floated the idea of impeaching Mayorkas if they secure a large enough majority.

Biden’s decision to rescind most of his predecessor’s immigration policies preceded an almost immediate uptick in illegal immigration, which quickly overwhelmed the administration’s resources at the border.

Republicans are likely to investigate the administration’s deportation strategy as well. While Biden administration officials have consistently said they are removing many migrants who cross the border illegally, DHS numbers have shown the administration is actually performing relatively few removals as it fights to end one of the only authorities under which it has deported migrants.