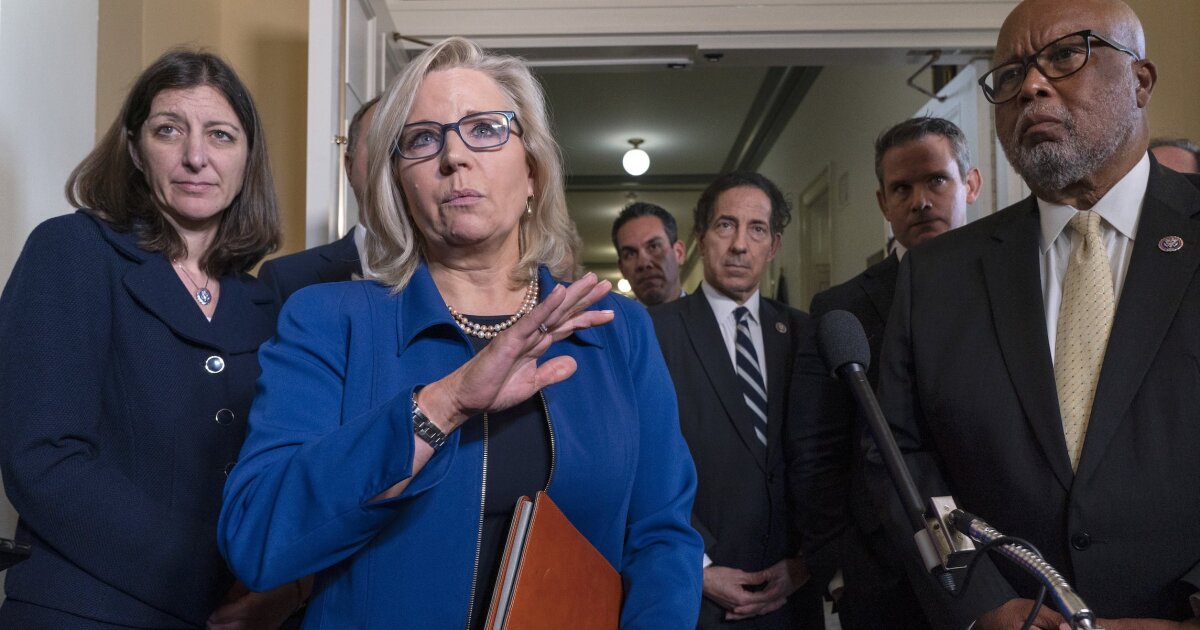 For the first time in nearly a year, the Jan. 6 committee will hold public hearings, this time after its investigation of the Capitol riots is largely complete.

For the first time in nearly a year, the Jan. 6 committee will hold public hearings, this time after its investigation of the Capitol riots is largely complete.

Committee members, mostly Democrats plus a pair of House Republicans deeply critical of former President Donald Trump, are saying the hearings will be a prime-time spectacle. Few details are available as to how the hearings will play out, but the first will be at 8 p.m. on Thursday, June 9. There will be between six and eight total throughout June.

It’s a chance for the committee to make a case to the public about its findings over the past year, especially regarding Trump’s involvement in the riot last year, when his supporters sought to overturn President Joe Biden’s win.

The committee is composed of seven Democrats and two Republicans, Rep. Liz Cheney (WY) and Rep. Adam Kinzinger (IL), who broke with party leadership after Republicans decided to boycott the panel. Several lawmakers and Trump officials, including Minority Leader Kevin McCarthy (CA), have refused to comply with subpoenas, and former Trump adviser Steve Bannon was held in contempt of Congress for refusing to cooperate and will face trial in July.

Here are five things to know before the hearings start.

They’re being hyped as prime-time viewing.

Several of the hearings, including the first one, will be held in the evening and carried by major networks for optimal viewing at home. The goal is to make them an event to remember and “will be compared to the Watergate hearings,” according to committee member Jamie Raskin (D-MD). Raskin, a former Trump impeachment manager, said the hearings will “reveal a story that will really blow the roof off the House.”

“The public needs to know, needs to hear from people under oath about what led up to Jan. 6 and, to some degree, what has continued after Jan. 6,” said Chairman Bennie Thompson (D-MS).

Aside from high-profile subpoenas and releasing some communications between top Trump White House players, the committee has been tight-lipped about the mountain of documents and evidence it has been piecing together about what happened on Jan. 6 and the days before and after. It’s promising to shed more light on the material it has collected.

The committee will “present previously unseen material documenting January 6th, receive witness testimony, preview additional hearings, and provide the American people a summary of its findings about the coordinated, multi-step effort to overturn the results of the 2020 presidential election and prevent the transfer of power.”

There’s no hint yet as to what this new information might be, but it could have to do with who may be testifying.

Former Vice President Mike Pence famously split with Trump on the 2020 election when he refused to delay certifying the Electoral College vote while Trump’s campaign investigated his allegations of fraud. Now, one of the lawyers who advised Pence to reject Trump’s request, former federal appeals court judge J. Michael Luttig, will testify during the public hearing, according to reporting from Axios.

Luttig is a legal scholar widely admired by conservatives and may help the committee make inroads with people on the right side of the political spectrum.

“January 6 was never about a stolen election or even about actual voting fraud,” Luttig wrote in an April CNN opinion piece. “It was always and only about an election that Trump lost fair and square, under legislatively promulgated election rules in a handful of swing states that he and other Republicans contend were unlawfully changed by state election officials and state courts to expand the right and opportunity to vote, largely in response to the Covid pandemic.”

Bill Barr is the latest Trump official to give evidence to the committee behind closed doors.

Former Attorney General Bill Barr is the latest member of Trump’s executive entourage to give testimony before the committee, meeting with members for two hours on Thursday.

What, if any, effect this will have on the hearings remains to be seen. But Barr joins former press secretaries Kayleigh McEnany and Stephanie Grisham, policy adviser Stephen Miller, and Trump’s children Ivanka Trump and Donald Trump Jr. in giving evidence to the committee.

Barr exclusively told the Washington Examiner that he does not think Trump should run again for reelection in 2024.

“I’m all for restoring America. That’s what I’m all about, is restoring the greatness of this country. And the principle threat is this progressive agenda. The only way to do that is not to speak about some other election and continue this trench warfare, but instead, a breakthrough election that will create and usher in an era just like Reagan did,” Barr said. “I don’t necessarily want to take a shot at Trump, but Trump is not that man.”

Much remains a mystery.

Part of the “made-for-TV” aspect of the hearings is the committee isn’t showing its cards before showtime. Witness lists, evidence, the exact number and dates of all the June hearings, and most particulars are staying under wraps, likely so they can make waves when they finally drop.

The final report isn’t due until later this year, so this round of hearings will play into the committee’s conclusions.