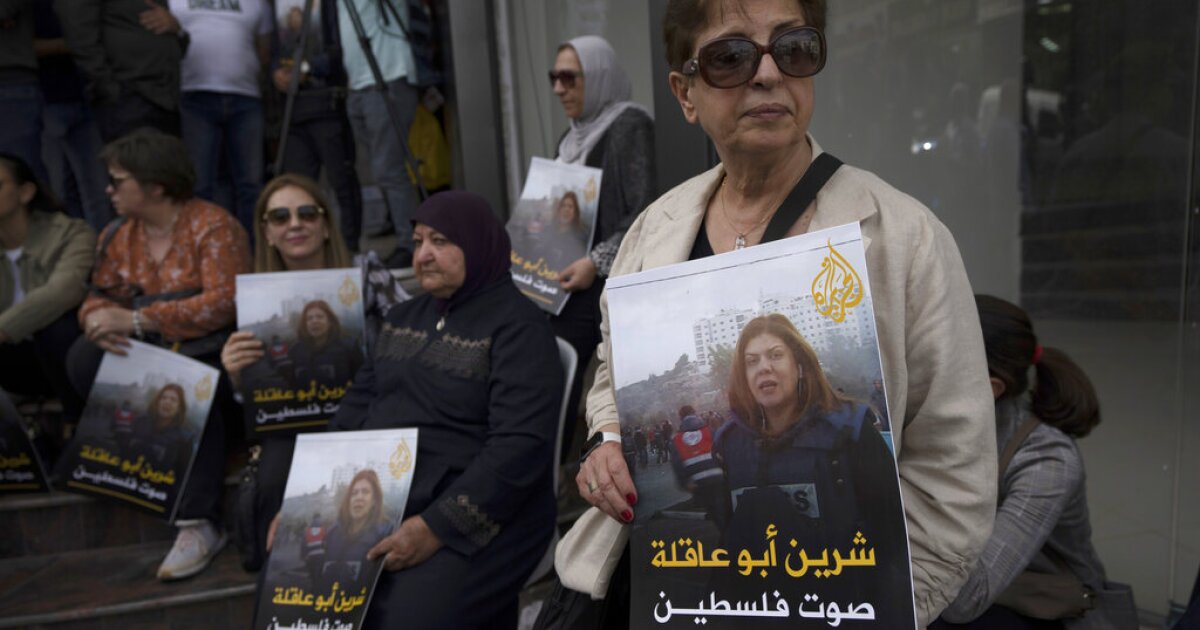 Medical officials claim it is impossible to determine if Israeli or Palestinian forces are to blame for killing an Al Jazeera reporter.

Medical officials claim it is impossible to determine if Israeli or Palestinian forces are to blame for killing an Al Jazeera reporter.

Shireen Abu Akleh, 51, was reporting on a raid by Israeli forces in the city of Jenin when she was killed. While Al Jazeera claims she was murdered by soldiers from the Israeli Defense Force, the military has shifted its stance on whether Palestinian forces may have had a role in the death. However, initial forensic investigations are cloudy.

“It cannot be determined whether [Al Jazeera journalist Shireen Abu Akleh] was killed by Israeli fire or by a Palestinian bullet,” Palestinian Forensic Medicine Institute Director Dr. Rayyan al Ali said during an appearance on Channel 12 on Wednesday.

Both Palestine and Israel have attempted to blame the other country’s military forces for shooting Abu Akleh.

Palestinian Authority President Mahmoud Abbas claims Israel was responsible “for a crime against a Palestinian journalist who was trying to tell the truth.” Israeli Prime Minister Naftali Bennett dismissed the accusations, saying it “appears likely that armed Palestinians – who were indiscriminately firing at the time – were responsible for the unfortunate death of the journalist.”

The IDF’s stance has shifted since reports of Abu Akleh’s death came out Wednesday morning. Initial reports alleged that “tens of Palestinian gunmen” fired at the soldiers and journalists. However, the military later claimed uncertainty.

“At this point, it is not possible to determine the source of the gunfire which hit her,” IDF Chief of the General Staff Aviv Kochavi said. The military official announced that the IDF set up a special task force to investigate the allegations.

Abu Akleh’s co-workers and fellow reporters claim they came under fire despite wearing press vests, that there were no Palestinian forces around at the time of the shooting, and that it was a directed attack.

The attack inspired international outrage. Tom Nides, the U.S. ambassador to Israel, confirmed that Abu Akleh was an American citizen and demanded a “thorough investigation into the circumstances of her death.”

Others immediately accused Israel of murder. “Shireen Abu Akleh was murdered by a government that receives unconditional funding by our country with zero accountability,” Rep. Rashida Tlaib (D-MI) tweeted. Tlaib later held a moment of silence on the House floor for Abu Akleh.