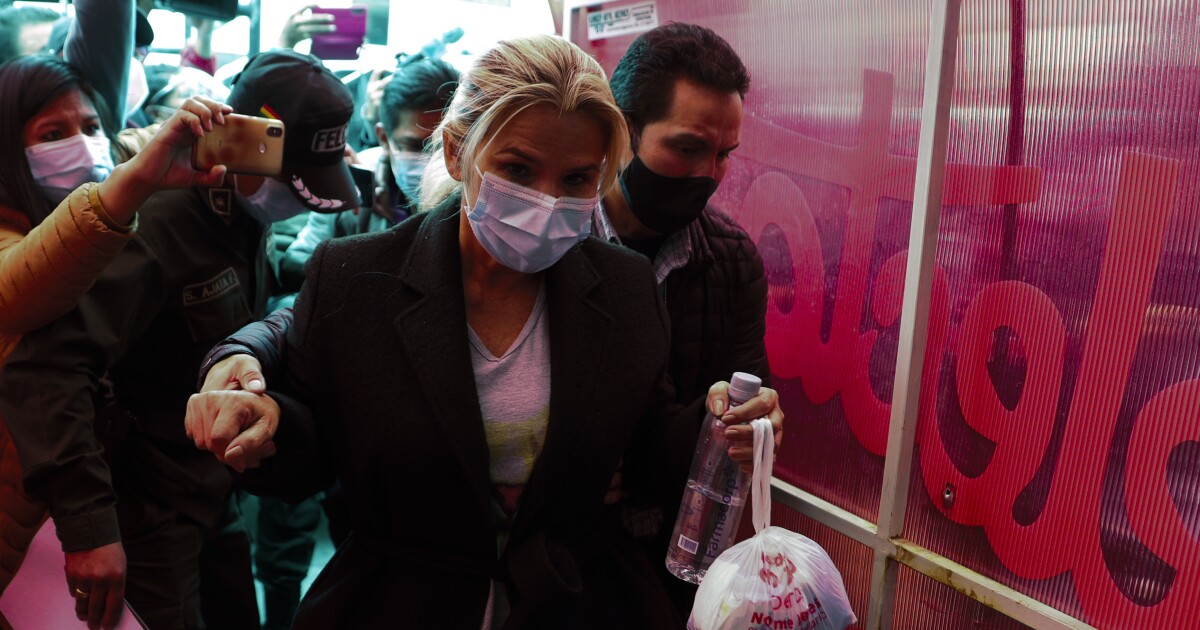 Former Bolivian President Jeanine Anez was sentenced to 10 years in prison Friday on charges she illegally took over the presidency.

Former Bolivian President Jeanine Anez was sentenced to 10 years in prison Friday on charges she illegally took over the presidency.

The court’s decision to punish Anez, who took office in 2019 following the resignation of former President Evo Morales, was politically motivated, her lawyer Luis Guillen said, according to the New York Times. Guillen also argued that Bolivia’s current government, led by a socialist ally of Morales, broke the law in its treatment of Anez during her detention.

His team will now “exhaust resources within the country and then appeal to international organizations,” Guillen said.

Ivan Lima, the justice minister of the country, said there was “no evidence” to support the allegations and that the country’s government “respects the rules of due process.”

Her defense team has insisted that she had to step in to fill a power vacuum in 2019, with Anez arguing Friday that her rise to power was “a consequence of all that happened” two years ago and that she “didn’t move a finger to reach the presidency.”

Anez, 54, was arrested in March 2021 in her hometown of Trinidad, Bolivia, and taken to the city of La Paz, Bolivia, after a warrant was issued accusing her of terrorism and sedition. She was held in prison for nearly 15 months awaiting trial.

A senator prior to taking the office of the presidency, Anez promised to serve only as a caretaker interim president and to hold new elections. A general election was held in 2020, and President Luis Arce assumed office that November.

Anez became unpopular with the Bolivian public shortly after taking office due to her clashes with Morales’s Movement to Socialism party, as well as her handling of the COVID-19 pandemic and the economic disruption that followed.

Morales resigned in November 2019 after weeks of tumultuous protests alleging that his reelection had been rigged. He fled to Mexico days later but said he would “return soon, with more strength and energy.”