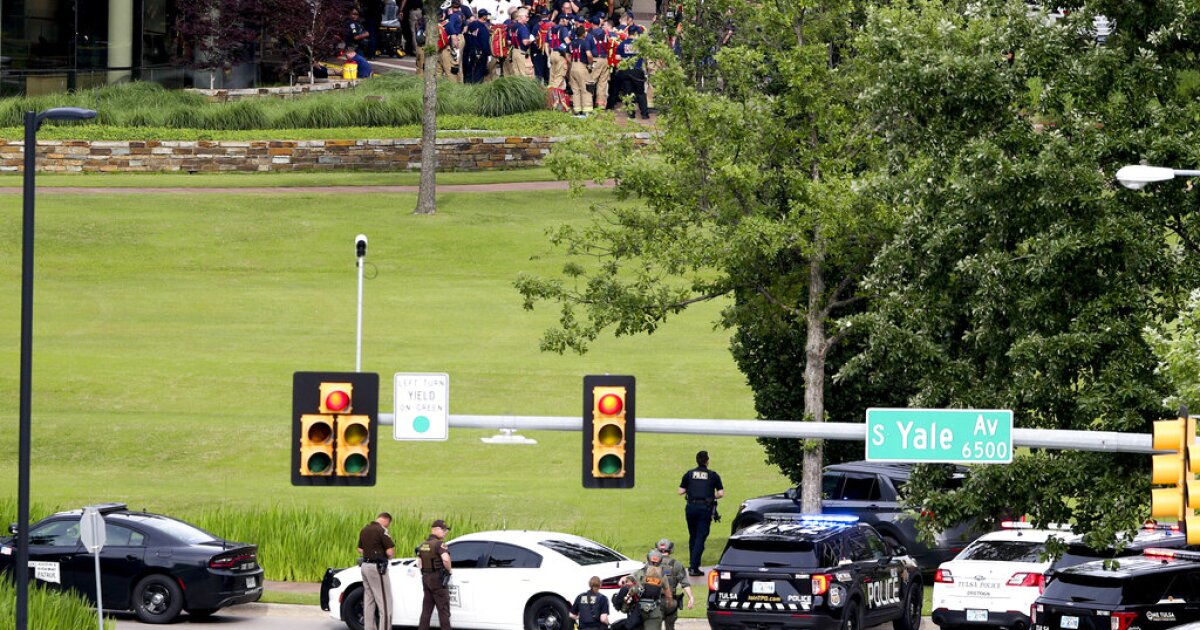 Three people were killed in a shooting Wednesday on the campus of a hospital in Tulsa, Oklahoma, according to local police.

Three people were killed in a shooting Wednesday on the campus of a hospital in Tulsa, Oklahoma, according to local police.

The suspected gunman is also dead, the Tulsa Police Department announced on social media, although it did not disclose how the person died. The number of people injured was not immediately clear.

Tulsa police said the department received a call in the afternoon about a man with a rifle at the Natalie Building at St. Francis Hospital and that this turned into an active shooter situation.

“At this point, we can confirm the shooter is down at this time. Officers are currently going through every room in the building checking for additional threats. We know there are multiple injuries, and potentially multiple casualties,” the TPD said in a Facebook post around 6 p.m. local time.

In an update, the department said it could confirm four casualties, including the shooter.

Tulsa City Councilman Jayme Fowler told KOTV, a CBS affiliate, that the gunman was seeking out a particular doctor at the hospital before he killed three people and then himself.

UPDATE: Tulsa City Councilman Jayme Fowler tells @NewsOn6 that the gunman was seeking out a particular doctor at St. Francis Hospital before he killed three people and then himself.

All roads are closed in the area, and police advised the public to steer clear of St. Francis at 61st and Yale. Police asked family members and friends to go to Memorial High School west of LaFortune Park for a reunification site.

President Joe Biden has been briefed on the shooting. The White House said it is “closely monitoring the situation” and has contacted state and local officials to offer support, according to CNN.

Although it’s not clear if there is a connection to the hospital shooting, the Muskogee Police Department announced Tulsa police notified it at approximately 7:30 p.m. of a possible bomb inside a residence located at Park Place North in Oklahoma, roughly 50 miles southeast of Tulsa. Residents in the area were asked by the MPD to shelter in place and that police will be coming door to door to check with the residents.

“Please avoid the Country Club area at this time as it is a very active scene and additional traffic could hinder first responders at this time,” MPD wrote on social media. “We will update when information becomes available.

This story is developing and will be updated.